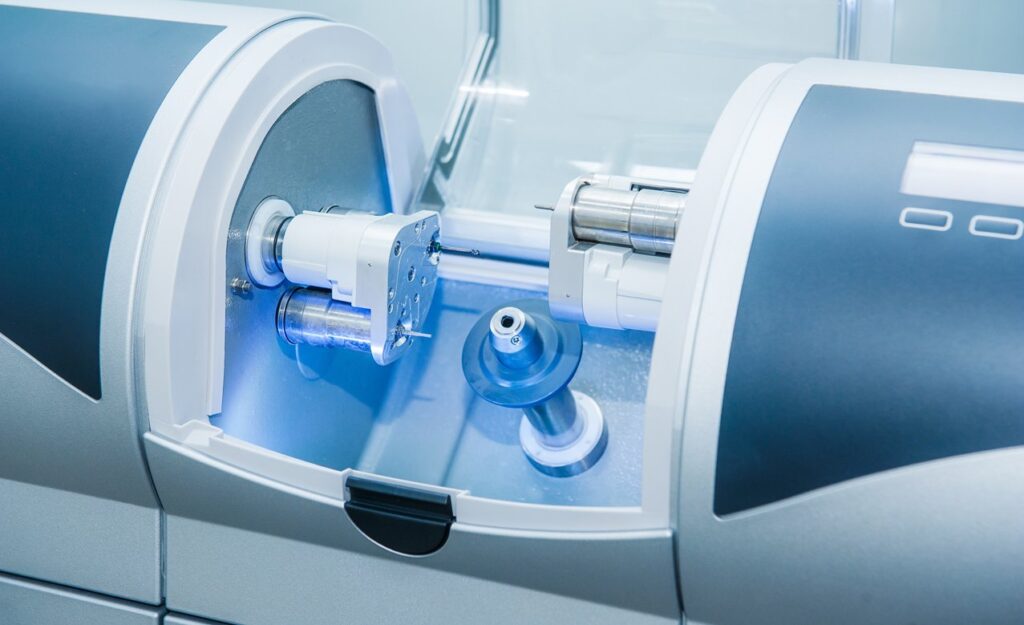 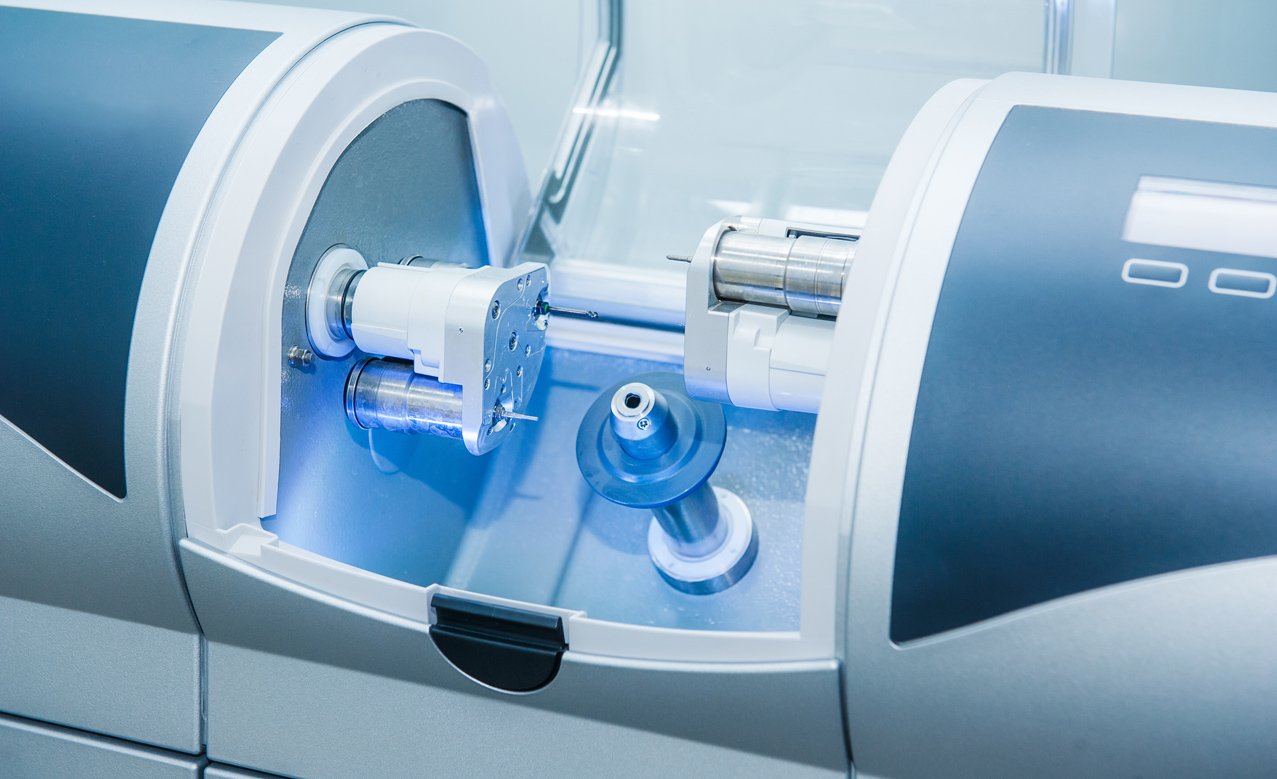 Microfluidic devices are compact testing tools made up of tiny channels carved on a chip, which allow biomedical researchers to test the properties of liquids, particles and cells at a microscale. They are crucial to drug development, diagnostic testing and medical research in areas such as cancer, diabetes and now COVID-19. However, the production of these devices is very labor intensive, with minute channels and wells that often need to be manually etched or molded into a transparent resin chip for testing. While 3D printing has offered many advantages for biomedical device manufacturing, its techniques were previously not sensitive enough to build layers with the minute detail required for microfluidic devices. Until now.

Researchers at the USC Viterbi School of Engineering have now developed a highly specialized 3D printing technique that allows microfluidic channels to be fabricated on chips at a precise microscale not previously achieved. The research, led by Daniel J. Epstein Department of Industrial and Systems Engineering Ph.D. graduate Yang Xu and Professor of Aerospace and Mechanical Engineering and Industrial and Systems Engineering Yong Chen, in collaboration with Professor of Chemical Engineering and Materials Science Noah Malmstadt and Professor Huachao Mao at Purdue University, was published in Nature Communications.

The research team used a type of 3D printing technology known as vat photopolymerization, which harnesses light to control the conversion of liquid resin material into its solid end state.

“After light projection, we can basically decide where to build the parts (of the chip), and because we use light, the resolution can be rather high within a layer. However, the resolution is much worse between layers, which is a critical challenge in the building of microscale channels,” Chen said.

“This is the first time we’ve been able to print something where the channel height is at the 10 micron level; and we can control it really accurately, to an error of plus or minus one micron. This is something that has never been done before, so this is a breakthrough in the 3D printing of small channels,” he said.

Vat photopolymerization makes use of a vat filled with liquid photopolymer resin, out of which a printed item is constructed layer by layer. Ultraviolet light is then flashed onto the object, curing and hardening the resin at each layer level. As this happens, a build platform moves the printed item up or down so additional layers can be built onto it.

But when it comes to microfluidic devices, vat photopolymerization has some disadvantages in the creation of the tiny wells and channels that are required on the chip. The UV light source often penetrates deeply in the residual liquid resin, curing and solidifying material within the walls of the device’s channels, which would clog the finished device.

“When you project the light, ideally, you only want to cure one layer of the channel wall and leave the liquid resin inside the channel untouched; but it’s hard to control the curing depth, as we are trying to target something that is only a 10 micron gap,” Chen said.

He said that current commercial processes only allowed for the creation of a channel height at the 100 microns level with poor accuracy control, due to the fact that the light penetrates a cured layer too deeply, unless you are using an opaque resin that doesn’t allow as much light penetration.

“But with a microfluidic channel, typically you want to observe something under microscope, and if it’s opaque, you cannot see the material inside, so we need to use a transparent resin,” Chen said.

In order to accurately create channels in clear resin at a microscale level suitable for microfluidic devices, the team developed a unique auxiliary platform that moves between the light source and the printed device, blocking the light from solidifying the liquid within the walls of a channel, so that the channel roof can then be added separately to the top of the device. The residual resin that remains in the channel would still be in a liquid state and can then be flushed out after the printing process to form the channel space.

“There are so many applications for microfluidic channels. You can flow a blood sample through the channel, mixing it with other chemicals so you can, for example, detect whether you have COVID or high blood sugar levels,” Chen said.

He said the new 3D printing platform, with its microscale channels, allowed for other applications, such as particle sorting. A particle sorter is a type of microfluidic chip that makes use of different sized chambers that can separate different sized particles. This could offer significant benefits to cancer detection and research.

“Tumor cells are slightly bigger than normal cells, which are around 20 microns. Tumor cells could be over 100 microns,” Chen said. “Right now, we use biopsies to check for cancer cells; cutting organ or tissue from a patient to reveal a mix of healthy cells and tumor cells. Instead, we could use simple microfluidic devices to flow (the sample) through channels with accurately printed heights to separate cells into different sizes so we don’t allow those healthy cells to interfere with our detection.”

Chen said the research team was now in the process of filing a patent application for the new 3D printing method, and is seeking collaboration to commercialize the fabrication technique for medical testing devices.