7 World Snooker Titles: Why Ronnie O’Sullivan is a Genius

“He was cueing very well. He had the desire to win.”

When it comes to making snooker history, Ronnie O’Sullivan (ENG) without a shadow of a doubt rules the world.

Ronnie was crowned champion of the world, having beaten Judd Trump (ENG) 18-13, in a relatively one-sided affair.

He secured his seventh World  Snooker Championship title at the Crucible Theatre, Sheffield, United Kingdom  on Monday, May 2, 2022.

Throughout the long-enduring tournament, no one really was up to mark against Ronnie.

Besides enthralling everyone with his special pots, he had to rely on all facets of his game to become victorious.

As an accredited media, we highlight key aspects of Ronnie O’Sullivan claiming his seventh world title, and what made him so exceptional to break records galore

Triumphant without Blinking an Eye 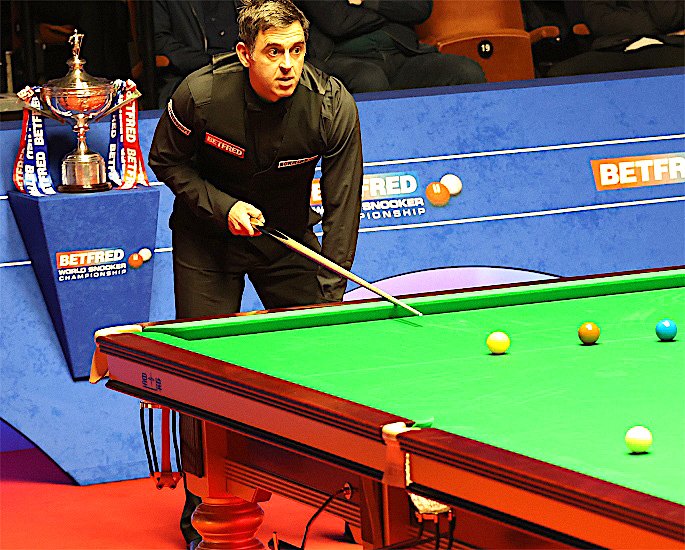 Ronnie O’Sullivan had shown that a poor third session in the 2022 World Snooker Championship final did not phase him.

From 12-5 up, he only had a cushion of three frames, leading by 14 frames to 11 after the third session. Most players in that situation would naturally feel a sense of insecurity.

However, in the case of Ronnie, it was like resuming normal service. In the final evening session, he took the first two frames with finesse and beautiful touch.

Whilst Ronnie lost the penultimate frame, he came to win the final frame before the mid-session interval. With only one frame away, the victory was inevitable.

Ronnie had a similar situation in the first round. Despite being 3-0 down to David Gilbert, he did not blink an eye as he took six frames in a row.

Ronnie overcame any little pressure that came his way, with utmost ease to pick his seventh World Snooker trophy.

This is after beating Judd in the 2022 World Snooker final. Yousuf-ul Haq, a property consultant from York, felt that the Ronnie does not seem to get flustered under attack:

“Ronnie is incomparable when it comes to his fighting spirit. He is completely normal when he is behind and in front.”

Ronnie has done this before in other tournaments, digging in deep as per requirements and even coming through when falling short of his own high standards.

The Longevity and Pure Talent of the Man 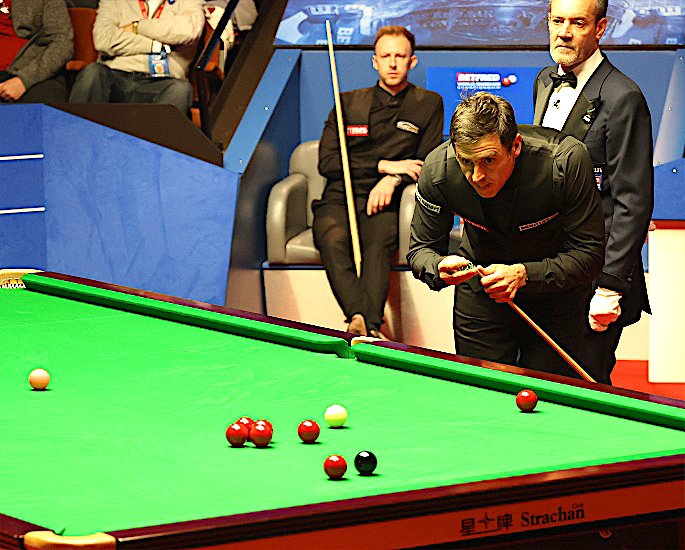 Three years later, he defeated Graeme Dott (SCO) convincingly by 18 frames to 8. He won by the same scoreline, defeating Ali Carter in 2008 to complete a hat-trick of world titles.

His fourth title was simply class, as he overcame Carter 18-11 in 2012, despite virtually playing no competitive snooker during the 2011/12 season.

It is hard to think of any other player who can win the World Snooker Championship in the same manner that he did. At the age of fourty-five, he also became the oldest ever World Snooker champion.

In 2013, he lifted his fifth trophy, winning back to back World Snooker Championships after crushing Barry Hawking comfortably 18-12.

It took him seven years to clinch his sixth World Snooker Championship trophy, after overcoming Kyren Wilson 18-8 in 2020.

To beat someone more than fifteen years younger than him was a definite sign that Ronnie had a long snooker life.

In 2022, he equalled the record of Stephen Hendry (SCO) by clinching his seventh World Snooker title, following an 18-13 win over Judd Trump.

Stephen spoke on the BBC about the brilliance of Ronnie, saying:

“I am a little surprised that it took him this many years to win these seven world titles. That is how good he is.”

Ronnie once again became the oldest World Snooker champion at the age of fourty-six with his 7th title.

The All-Rounder and Deserving 2022 Champion 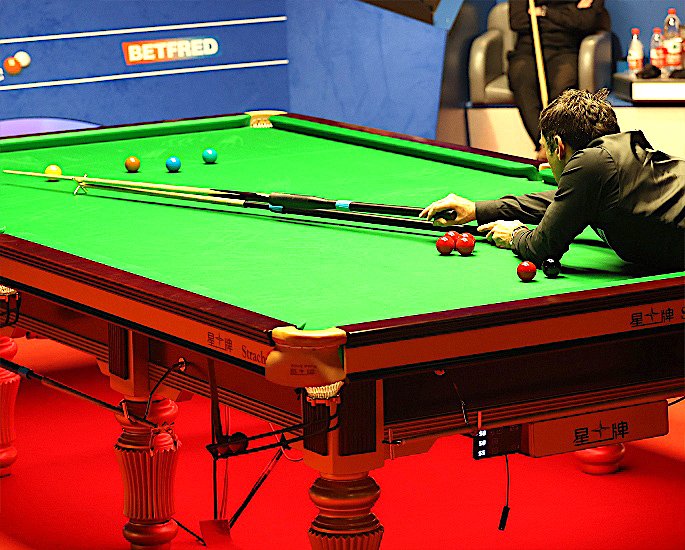 As previously, Ronnie O’Sullivan had shown in the 2022 World Snooker Championship-winning campaign that he was not a one-dimensional player.

He was adapting to the match situation, often playing the right shots. When it came to the crunch, he was unbelievable with some of his difficult pots.

His safety was on point, an area, in which he went on to primarily dominate against Judd Trump in the 2022 final.

Ronnie throughout the tournament knew exactly when to notch up a gear or two. Ronnie had also proven once again that he was a good front-runner.

To have a pot success average of over 90% was definitely a clear indication of his rich form. He was also excellent when using the rest.

“He was cueing very well. He had the desire to win. Ronnie had a commanding lead after the third session, which meant that there was no real way back for Judd.”

The best part of his game was his temperant and focus.

Barring a few moments, it was quite evident how badly he wanted to win his 7th World Snooker Championship.

The Greatest Snooker Player of All Time 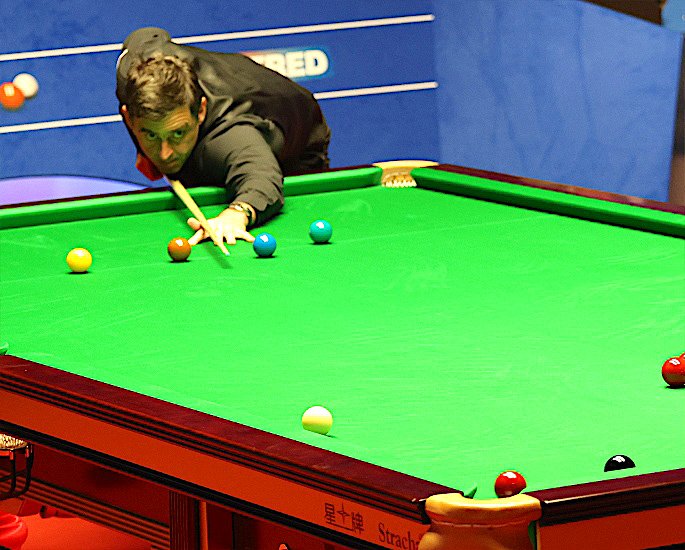 Ronne O’Sullivan winning his seventh World Snooker title undoubtedly made him the best player ever to lift a cue.

Dennis Taylor had termed Ronnie the greatest from 2020 onwards, irrespective of his world titles. Ronnie had firmly put this debate to bed, after becoming snooker champion of the world for the seventh time.

Besides world titles. Ronnie has more ranking titles than Stephen Hendry. He also has more 147  and century breaks than the former ace Scottish cueist.

The best of all is Ronnie completing a hat-trick of sevens across triple crown events.

As of the 2021/22 season, he had won seven career titles each at the UK Championship, Masters and World Snooker Championship.

In addition, Ronnie had taken his game to a whole level. In fact, he had got better by age. Ronnie has nothing left to prove in the game, after reaching the seventh heaven.

The biggest lesson that youngsters can learn from Ronnie is that one has to go beyond their limits. This means grafting and grinding it out.

Ronnie was certainly the most artistic player in the 2022 tournament.

His red pot to the yellow pocket and position on the black against John Higgins was the 2022 Shot of the World Snooker Championship.

Pinching the 16th respotted frame was like seeing a magician performing his artistry.

Switching from right to left hand at will was a testimony of his greatness not just in 2022 but throughout a super career.

There can only be one Ronnie O’Sullivan. Even though Ronnie always had respect for Alex Higgins (NI), and Jimmy White (ENG), he has gone on to surpass both of them by a fair margin.