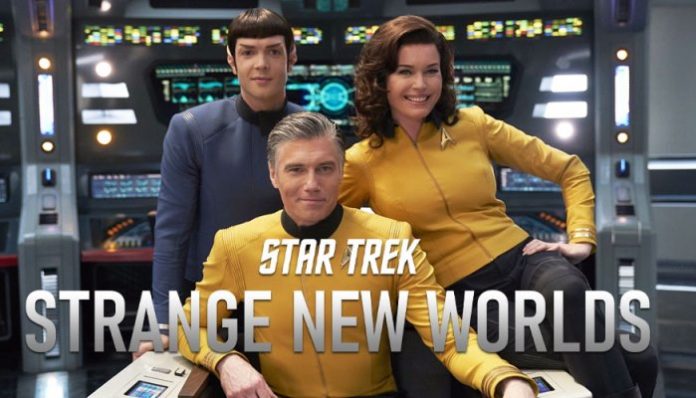 Star Trek: Strange New Worlds is a sci-fi TV series that will serve as a spinoff of Star Trek: Discovery and a prequel to Star Trek: The Original Series. In the series, Captain Christopher Pike will be the new commander of the U.S.S. Enterprise. The sci-fi drama series is all set to debut soon. Here’s everything you need to know about it.

Star Trek: Strange New Worlds is set to premiere on May 5, 2022. There are a total of 10 episodes in the first season. A new episode will air every Thursday. The Season finale will air on July 7, 2022.

The new Star Trek series will exclusively stream on Paramount+ in the United States. In India, the series will stream on Voot Select.

Who is the creator of the series? The team behind the new series

The series is based on the original Star Trek series that aired from 1966 to 1969. It is created by Akiva Goldsman, Alex Kurtzman, and Jenny Lumet.

Strange New Worlds” will feature Anson Mount reprising his role as Captain Pike. The series will also see the return of other familiar faces from “Star Trek Discovery” including Rebecca Romijn and Ethan Peck. Here’s a look at the full cast:

Are you excited about this new sci-fi series from the Star Trek Universe? Share your views with us in the comments section.