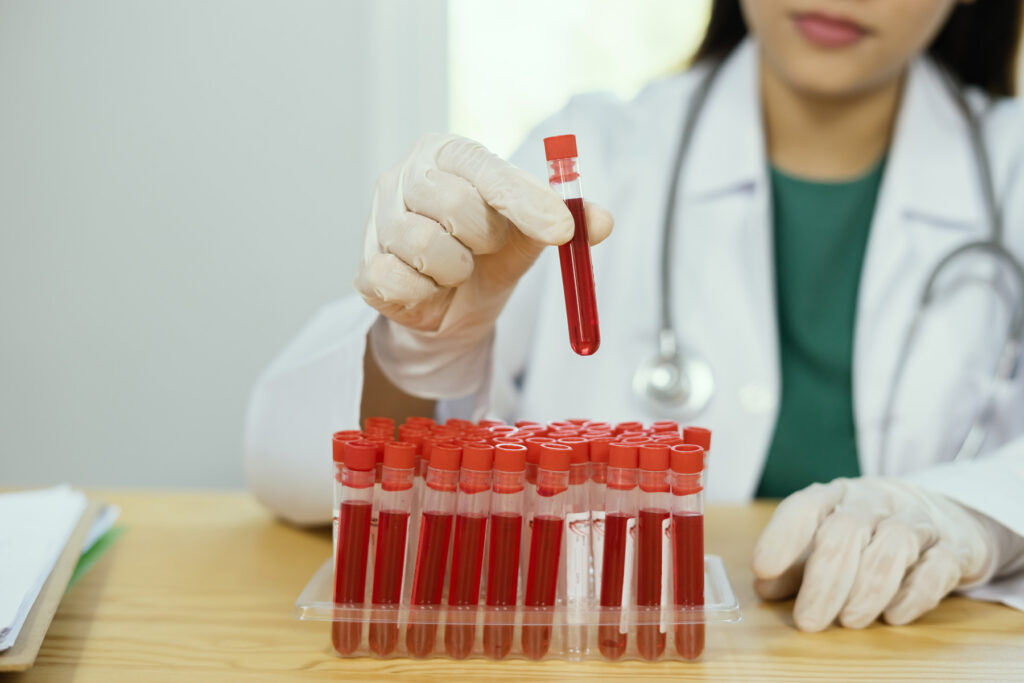 Why do up to 80 per cent of patients with bone marrow cancer (multiple myeloma) develop bone damage (osteolysis) in some regions of the body while others are spared this damage? This is a question that has not yet been sufficiently investigated. On a research stay in Buffalo, New York, the senior physician PD Dr Maximilian Merz from Leipzig was able to show that the malignant plasma cells that trigger bone damage differ significantly from the rest of the cells in the body. Using computed tomography-guided punctures, myeloma cells were selectively harvested from osteolyses and studied through single-cell sequencing and other technologies. The samples obtained were then compared with malignant plasma cells from the iliac crest. Bone marrow puncture is usually performed here in routine diagnostics in order to further investigate the malignant cells. Dr Merz and his team were able to demonstrate that plasma cells from osteolyses elicit genes that, among other things, stimulate bone-degrading osteoclasts and induce new vessel formation. “Our findings underscore the fact that myeloma can have many faces and that several different clones can occur simultaneously in multiple locations in patients. This will have diagnostic, prognostic and therapeutic consequences in the future,” said Dr Merz summarising the findings.

The research group led by PD Dr Marco Herling discovered a new, molecular functional mechanism of a rare and to date little researched form of blood cancer of the T-lymphocytes. This disease rarely responds to the usual blood cancer therapies and has a poor prognosis with an average patient survival rate of about two years. In their research, Herling’s team found that the molecule AGO2 plays a crucial role in this rare form of blood cancer. AGO2 was previously thought to be a key cancer-initiating molecule that was significantly involved in the fine regulation of normal and tumour gene expression. “In our research, we were able to decipher a new, unconventional functional mechanism of AGO2 in the leukaemia cells,” Dr Herling said and then added, “AGO2 interacts directly with essential proteins of signal transduction from a very central growth factor of the T-cell, the T-cell antigen receptor. The presence of AGO2 augments the response to incoming cell signals.” This previously unknown molecular interaction was validated using various methods of protein analysis and its high molecular structure was determined. This represents a new medical approach to therapeutic interventions.

The research group led by PD Dr Madlen Jentzsch and PD Dr Sebastian Schwind is working on ways to detect even the smallest amounts of surviving tumour cells in blood and bone marrow during and after treatment for leukaemia. In their study, the researchers were able to show that the detection of measurable residual disease in apparently leukaemia-free patients who are about to undergo bone marrow transplantation is an important prognostic factor. Residual disease is relevant regardless of whether the transplantation was performed as an initial treatment or only after the patient had relapsed. “Our results help us to better understand acute leukaemia and can be used to optimise treatment planning,” said PD Dr Jentzsch. “They provide an important basis for the development of appropriate treatments that are capable of completely eliminating even minute amounts of surviving tumour cells,” she added.

All three research groups conduct their research at Leipzig University Hospital’s Clinic and Polyclinic for Hematology, Cell Therapy and Hemostaseology under the direction of Professor Uwe Platzbecker. Leipzig University’s Faculty of Medicine is profiling itself as a Centre of Excellence for Oncology. Only recently, German Cancer Aid awarded the Comprehensive Cancer Center Central Germany (Leipzig and Jena) with an excellence grant (link to July 26 press release).