Is the Fashion Industry Inclusive of South Asians?

The glamorous fashion industry is frequently labelled as an industry lacking inclusivity.

With flawless models at the forefront, it’s inevitable that criticism for this selective career will arise.

However, the fashion industry consists of much more than fittings and catwalks.

From designers to models, South Asians are trying to get their break into the industry more than ever.

How successful have South Asians been?

Should we be focusing on how the fashion industry is still required to mould its inclusivity further for different populations?

Has the fashion industry become an inclusive sector, or are there still historical standards of beauty blocking the progress of diversity.

DESIblitz looks at where South Asians lie amongst the desperate attempts for change in the industry.

What is Inclusivity in the Fashion Industry? 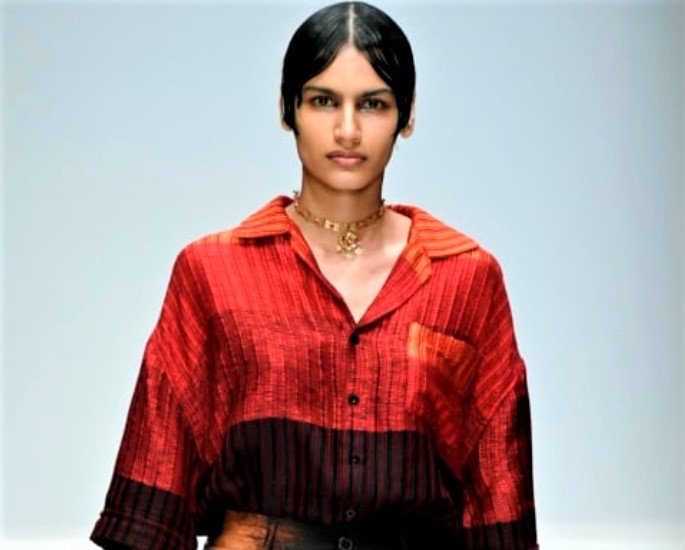 Inclusivity, along with diversity, became the so-called “buzzwords” within the business.

“‘The mix’ of something; it is the difference within a group of people. That difference can be gender, sexuality, disability, body image.”

They then explicitly detail that inclusion is:

“Different identities feeling and/or being valued, leveraged, and welcomed within a given setting.”

“Diversity is being invited to the party; inclusion is being asked to dance.”

When focusing on the inclusion of South Asians, one needs to analyse the two elements separately.

First, checking that there has been improved diversity for South Asians within fashion is necessary.

Then, ensuring these levels of fulfilment are achieved consistently in regards to South Asians within different fashion sectors.

The dissection of western brands demands assessing whether the inclusion of South Asians is sufficient.

The audiences that western fashion houses reach is influential on South Asians themselves.

High-end companies like Gucci and Prada, as well as more high-street companies such as Zara are all popular among Desi communities.

However, when shopping at these stores, how many South Asian faces do you see representing that brand?

That’s why it’s important to ensure that South Asian fashion inclusivity is reaching its prime points.

The Influence of Fashion Inclusivity 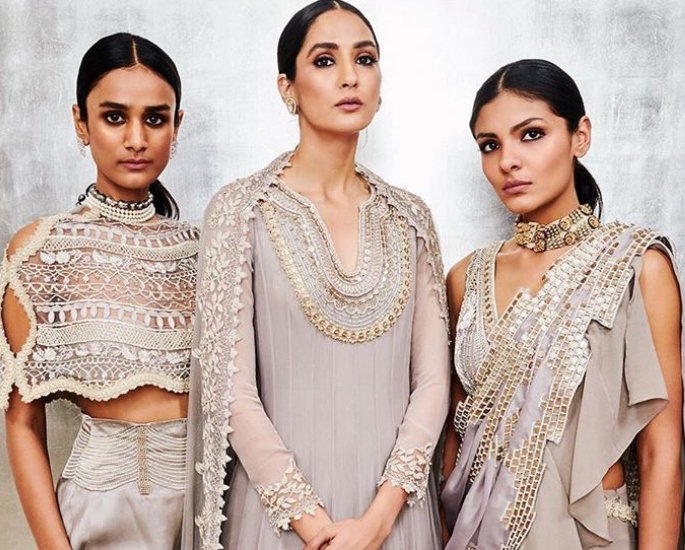 For South Asians growing up in the west, finding representation in industries that interest them is a constant struggle.

Whilst South Asian fashion is a website or magazine away, it is comforting to see people like you in your perimeter.

Although British/American Asians can resonate with Desi based fashion, seeing more representation in their own environment is heart-warming.

For many British and American Asians, a feeling of not belonging is too familiar.

Especially in non-conventional career avenues, seeing somebody from the same background as you can be much-needed motivation.

It can be the difference between pursuing your dreams instead of conforming to the advice of others.

Representation is one of the key ways industries can encourage individuals to pursue their own desires.

It’s harder to enter an atmosphere of unfamiliarity when you are already predicting a lack of acceptance.

This is extremely common within the fashion industry which was emphasised in a 2017 Fashion Spot report.

Astonishingly, they found that Asian models only represented 7% of all those who walked the shows.

Not only does this influence South Asian onlookers, but it unconsciously promotes brown people as a rarity within this space.

Therefore brands think South Asian fashionistas aren’t as common as other cultures, so will not include them as part of their audience.

That’s why finding where inclusivity is present is key when understanding where Desi’s stand in an industry’s demographics. 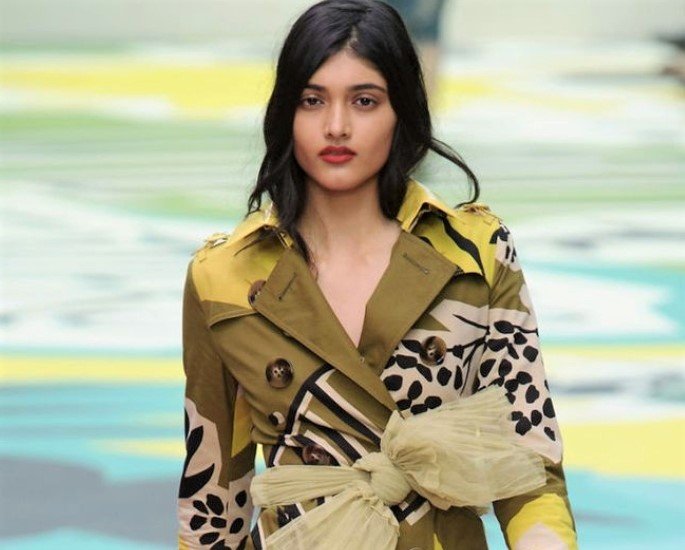 When watching annual fashion weeks, it’s not every show in which you see diverse casts dominate the spotlight.

With a thin line being highlighted between diversity and tokenism, labels are treading carefully.

But where have we seen South Asian models shine in the western circumference?

Coventry-born Neelam Gill is a model who has walked for the likes of Burberry.

As the first Indian to walk for the British fashion giant, Gill is a huge contribution to the model scene in Britain.

She’s even shared her struggles within the industry in relation to encounters with racism.

“The comments I’ve received have been 90 per cent good, but one bad remark can ruin your day.

“I don’t care if people call me ugly but when it is about your skin colour that is unacceptable.

“I can’t believe some messages aren’t taken down from news sites.”

Gill’s story is one that also resonates constantly with British Asians. Her entry into modelling wasn’t so easily facilitated by her other priorities.

The Guardian recounted her story and cultural hurdles in 2017:

“It wasn’t until she was 18 and had got four A*s at A-level that her mum let her give modelling a go.”

Even when reaching the most pivotal parts of her career, her focus on education remained prominent:

“Gill asked how the timings would work because, ‘you know, I’m gonna go to uni and stuff’; she was planning to study psychology.”

Gill presents a level of relatability and concern that resonates with British Asians.

This has shaped her into a figure in the model industry who can be followed by aspiring fashion fanatics.

Gill has made a mark on the inclusion of South Asians in high fashion.

But in terms of inclusivity, she has possessed a positive outlook.

The Guardian noted her support from Burberry CEO Christopher Bailey in 2017:

“Bailey told Gill she was the future of British beauty and to embrace her natural, Indian features.”

This exemplifies how the face of fashion has been willingly shaped by South Asians.

Most importantly Gill’s story advocates how far South Asians have come within the fashion industry, especially in the social space.

Models like Shanina Shaik, Simran Randhawa and Bali Bassi are broadening the scope for the future of fashion with their unique looks and unapologetic aura.

Therefore, South Asians within fashion are progressing, but their presence is still minuscule compared to other races. 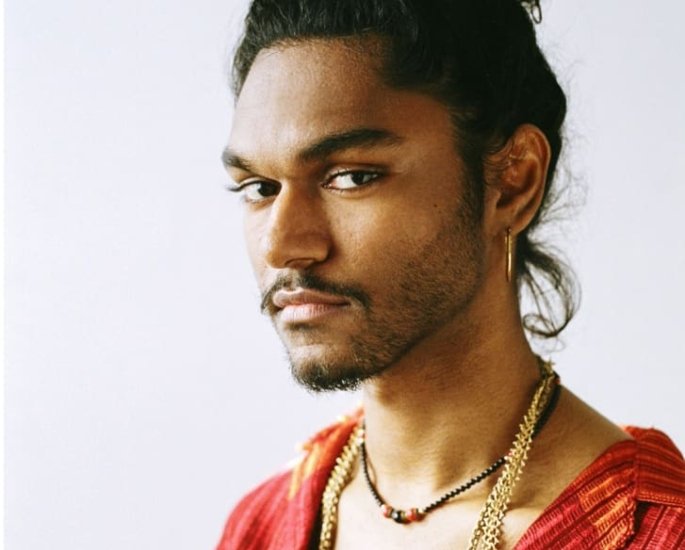 South Asia has turned into the epicentre of fashion investment. There is a force to be reckoned with in the South Asian market.

In India, it has been drawing in the likes of companies as big as Ralph Lauren.

Vogue Business has been tracking this investment into India.

They have recognised that the amplification of India as a viable market has supported upcoming designers too:

“Many brands partner with Indian designers and logistics partners to resonate with customers.”

But South Asians are founding their own brands, illustrating their own stories, to create a more inclusive scene for themselves.

So, who are the designers carrying the South Asian and western fashion fusion?

Faraz Zaidi, a fashion designer and founder of Profound Co, has been recognised on a celebrity scale.

Who What Wear notes the message between Zaidi’s products:

“Many of its products also include stories of political commentary, cultural identity, personal struggle, and spirituality.”

From just an initial exploration into some of Profound’s products, South Asian dominant patterns reach the spotlight.

Other designers such as Ridhima Bhasin and Megha are also innovating the fashion industry.

Their modern take on traditional salwars, saris and kurtas is stunning and befitting for any occasion.

The focal point for many of these designers is Desi fabric and design.

However, the cuts and embroidery on each garment make them applicable for South Asians and other fashion lovers.

Focusing on inclusive fashion for all identities, their amazing pieces are reimagining how South Asians are perceived.

Therefore, it’s not just fashion which these South Asians are renovating, it’s the landscape as a whole.

The work of designers has been pivotal in heightening South Asian fashion inclusion.

Whilst some argue that fusion fashion is a sign of conformity, for many designers, it’s a mark of personal identity.

As with any industry, diversity and inclusion are aspects that can always seek improvement.

In the western world, the inclusion of diverse ethnic backgrounds can project a warm message to an audience.

But as previously mentioned, diversity comes with backlash.

Neelam Gill is one of many models who has been subjected to racist abuse in their time in the industry.

But, a problem within South Asia itself has come to light.

Even within the myriad of brands based in South Asia, a lack of inclusivity for South Asians is still present.

An article by Fashion Telegraph highlighted the voices of Asian models who criticise India for its own lack of inclusivity.

The reason for this inclusivity absence? Colourist attitudes.

The article voices the opinions of models in the industry such as Dipannita Sharma who expressed:

“Indians, in general, have that inferiority complex, we have had a hangover about fair skin since the British left India.

“The idea of fairness is an Indian concept and it needs to change.”

Whilst international companies have taken on criticism regarding lacking diversity, the industry in South Asia itself needs improving.

The changes that South Asian industries need to take to be more inclusive can provoke international fashion to do the same.