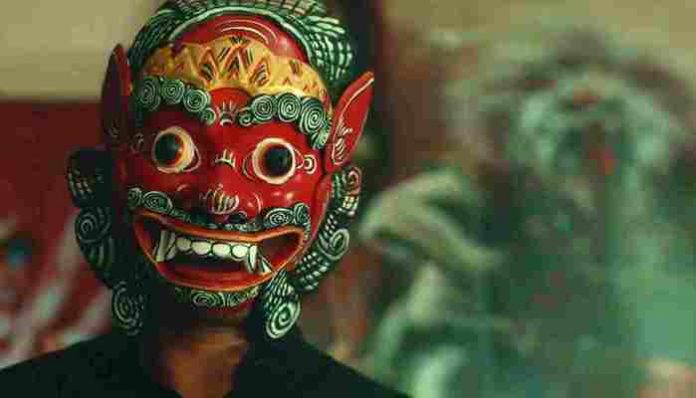 Asur Season 2 Release Date: Arshad Warsi and Barun Sobti starrer crime thriller will return for its second season in 2022. Here’s what we know.

The popularity of streaming platforms witnessed a steep rise during the lockdown. Less popular streaming platforms like Voot, Zee5, and MX Player fetched huge viewership at that time. At a time when the digital streaming space was overcrowded, one show that made its mark was Voot’s mythological thriller Asur. Starring Arshad Warsi and Barun Sobti, ‘Asur’ is a crime thriller that combines Hindu mythology with forensic science seamlessly.

Released on 1 March 2020, the first season of Asur received a tremendous response. The viewers loved it owing to its thrilling plot, detailed narration, and top-notch performances. The series won several awards at various award shows. After the success of the first season, the fans are now waiting for the second season. So, what are the latest updates on Asur Season 2? When will the second season premiere?

Will there be Asur season 2?

Yes, the series was renewed for the second season soon after the first season. The second season of Asur is promoted to be yet another captivating tale, which will leave the viewers enthralled, excited, and engaged. Lead stars Arshad Warsi and Barun Sobti have wrapped up the shooting of the second season.

Talking about Asur 2, Arshad Warsi, who plays Dhananjay Singh said, “I am overjoyed to start shooting again. As far as my career goes, Asur is one of the best things that has happened to me. It was my digital debut and with season 1 being a huge hit, I am very excited to see how people will respond to our new season. As we start shooting again, the entire team is motivated and is working extremely hard to take season 2 to the next level. When you have a successful first season, there is always a sense of pressure and nervousness. But that is the best kind of pressure, which keeps you motivated to deliver better and bring out the best in all of us.”

Who will star in Asur Season 2?

Apart from the characters who died in the first season, the central star cast would remain the same. Sharib Hashmi who played officer Lolark Dubey dies in the first season. Hence, he will not be a part of the second season. Arshad Warsi, Barun Sobti, Anupriya Goenka, Ridhi Dogra, Amey Wagh, and Vishesh Bansal will reprise their roles. Here is a look at the star cast:

As per reports, we will see some new characters in the second season. The latest reports suggest that Adithi Kalkunte, Meiyang Chang, Ajoy Chakraborty, Vikaas Suryavanshi, and Barkha Sengupta have joined the star cast for the second season.

In the first season, we saw a cat and mouse game between a brutal serial killer and CBI team led by forensic officer Nikhil Nair (Barun Sobti) and Dhananjay Rajpoot (Arshad Warsi). The second season promises more thrill as the game of “sur-asur” or good vs bad continues. In the first season, it became almost clear that Shubh (serial killer) is not alone.

In the upcoming season, we may see the CBI team countering against a group of serial killers and criminals driven by some evil intentions. Season 2 will be as intriguing and exciting as the previous season.

Is there a trailer for Asur Season 2?

No trailer or promotional material has been released yet. The trailer of the second season would release around a month before its premiere.

Asur is not only Voot’s but one of the top-rated Hindi web series with an IMDb rating of 8.4 (40K+ votes). Given the popularity, we expected the second season to release soon after the first season. However, the filming for the second season was delayed due to the COVID-19 pandemic.

The filming finally started on July 16, 2021. As per the latest reports, the filming for the second season has wrapped up.

Voot hasn’t announced the premiere date yet. Since the filming has wrapped, we are expecting Asur Season 2 to premiere on Voot Select sometime in 2022.

Asur is one of the best crime-thriller in the Indian digital space. If you love thriller shows, Asur is a must-watch. The first season of Asur is streaming on Voot Select.