Why did Urfi Javed change Her Name?

Urfi Javed is known for her bold outfits but she hit the headlines when she revealed that she changed her name.

The Bigg Boss OTT contestant surprised her fans when she changed her name to Uorfi.

However, she explained that it was just the spelling which had changed and not the pronunciation.

In an Instagram post, Uorfi informed her followers about her name change, urging them to be “mindful” when writing her name.

She wrote: “Hi guys, so I’ve officially changed my name to UORFI, it’ll be pronounced the same as URFI!

“Just the spelling change. Just want everyone to be mindful while writing my name now so that even I’m mindful! (keep forgetting at times) Thank you.”

Despite changing the spelling of her name, she did not reveal why.

She has now explained her reason behind the decision. When questioned about why she changed the spelling, Uorfi said:

“A numerologist had recommended me to do this for success and work. I don’t make any money from being viral.”

Since her stint in the first season of Bigg Boss OTT, Uorfi Javed is often seen wearing unique outfits.

Her fashion choices are usually revealing and result in her being trolled on social media.

Uorfi was recently criticised when she paired a yellow saree with a cleavage-revealing blouse for Eid.

“Have some shame, don’t wear such clothes on this auspicious day.”

Another commented: “Some of the shameful borns in the Muslim religion.”

A third wrote: “That’s not how people dress for Eid tbh.”

One person even joked that Uorfi’s only job is to go out and get photographed, writing:

“She only takes photos of being dressed on the road and nothing else.”

Uorfi also raised eyebrows when she wore a dress made out of razor blades. 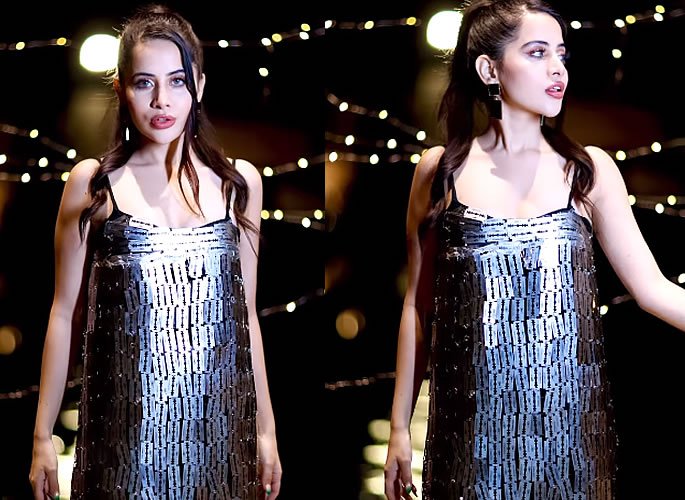 The ‘sharp’ outfit worried netizens as many urged her to be careful.

Speaking about her revealing outfits, Uorfi said that one of her relatives once used scissors to cut her clothes in order to show some skin.

Uorfi said: “With a pair of scissors, my relatives cut so many of my dresses, saying some showed cleavage while others were sleeveless.

“I decided that I will get back to them one day, and rightly so, today most of them want a selfie with me.”