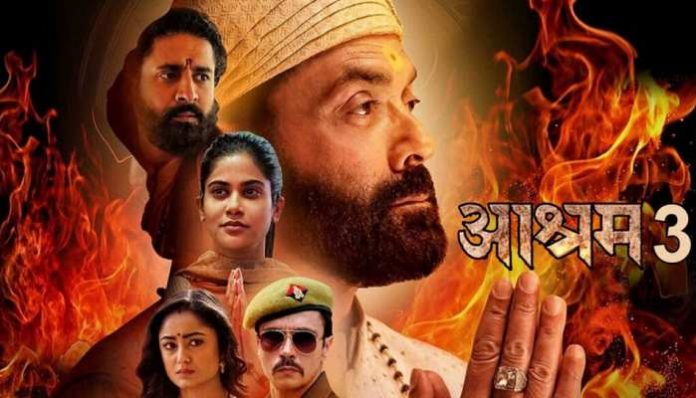 This Telugu web series directed by Jacob Verghese and Niranjan Kaushik revolves around three prison inmates who find themselves in complex situations as they escape prison to execute a robbery.

The series has also been dubbed in Hindi, Tamil, Malayalam, Kannada, and Marathi.

The third season of Prime Video’s popular R-rated superhero show is set to arrive on June 2. Based on the trailer, we can easily say that this season looks the most spine-chilling, funniest, and dark season of the live-action series yet.

The most-awaited third season of MX Player’s popular drama series Aashram is also releasing this week. This time the stakes are high as Nirala Baba will go to any extent to expand his empire.

The power of Aashram is at its peak. This ‘badnaam’ Aashram continues to exploit women, indulge in the drug trade, and control the politics of the town. Nirala baba is at peak of social and political power and leaves no stones unturned to bend the law. Will he be down this season? Kya khulenge raaz ya hoga Baba ka raaj?

This Malayalam language legal drama film revolves around the murder of a strong and socially-responsible college professor and the events surrounding it. Written by Sharis Mohammed and directed by Dijo Jose Antony, the film stars Prithviraj Sukumaran, Suraj Venjaramoodu, and Mamta Mohandas.

Jana Gana Mana will be available to stream on Netflix from Jun 2 in Tamil, Telugu, Kannada & Hindi.

The story revolves around a couple (Arjun and Madhavi) who recently got engaged. After the engagement ceremony, the first lockdown happens and the groom’s family is forced to stay back at the bride’s place. While Arjun is excited to get to know his fiancee, Madhavi has her thoughts. Will they both strike a chord and end up on a successful note? This forms the crux of the story.

Here’s a complete look at the series and movies releasing on the OTT platforms in the first week of June 2022:

Series releasing in the first week of June 2022

Films Releasing in the first week of June 2022