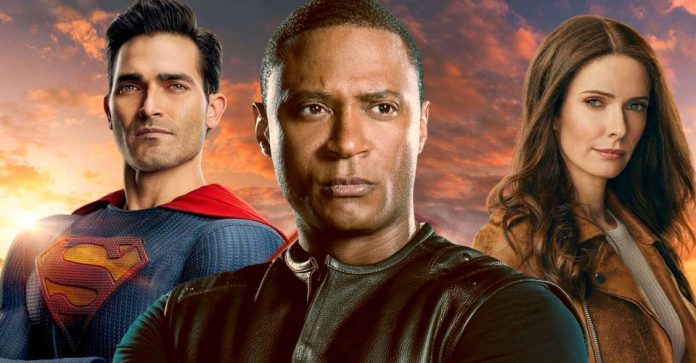 The official synopsis for the Superman & Lois season 2 finale hints at the superhero drama seeing the merging of worlds.

The second season of Arrowverse drama ‘Superman & Lois’ is inching closer to its finale. Amidst multiple cancellations made by The CW this year, Superman & Lois is one of the two Arrowverse shows that has been renewed along with The Flash. While the first season of the show follows Clark Kent and Lois Lane’s lives as parents, the second season has introduced us to the Inverse World. With just two episodes left in the current season, fans are super excited to know what lies ahead for Superman as Ally Allston becomes stronger following the merge she did with her Inverse doppelganger.

The CW has released the trailer for Episode 14 (penultimate episode) titled “Worlds War Bizarre” which shows helpless Clast following his latest clash with super powerful Ally. Now, the fans are excited to know how would Superman and his allies find a way to stop the Arrowverse’s new Parasite.

Superman & Lois season 2 is on a one-week break. It will resume airing on June 21 before its most-awaited finale on June 28. The CW has unveiled the synopsis for episode 15 (season finale). Titled “Waiting for Superman,” the finale’s synopsis suggests that not only is Ally planning to merge worlds, it is actually happening. Check the official synopsis right here:

“SEASON FINALE — Chrissy Beppo (Sofia Hasmik), with the authorization of the Department of Defense, has a message for the people of Smallville, not only is the merging of planets real, it is happening. Tyler Hoechlin, Elizabeth Tulloch, Jordan Elsass, Alex Garfin, Emmanuelle Chriqui, Erik Valdez, Inde Navarrette, Wole Parks, Taylor Buck and Dylan Walsh also star. The episode was directed by Gregory Smith and written by Brent Fletcher & Todd Helbing.”

David Ramsey set to return for the finale

Arrow star David Ramsey is set to return to Arrowverse. He will reprise the role of John Diggle. It will be Diggle’s second appearance in the show after his appearance in Superman & Lois season 1, episode 12, “Through the Valley of Death.” Though not confirmed, the season two finale will set up John Diggle’s storyline in season 3.

Will there be Superman & Lois Season 3?