British Asian racing driver Raj Kular has made a swift impact in motorsport after becoming a ‘Formula Woman’ competitor.

The TV broadcast competition seeks to search for exciting talented women from all walks of life to come up against men in McLaren GT4 Supercars.

This is the ultimate hunt for a female motor racing champion as part of the 2022 UK GT Cup Championship.

The London based driver has been participating in on-track assessments, seeing herself progress as a finalist.

Her motorsport story is quite phenomenal as it just began before the COVID-19 outbreak. She has gone from building a racing foundation to quickly elevating herself.

In an exclusive conversation with DESIblitz, Raj Kular opens up about her humble beginnings, first outing on the track, ‘Formula Woman’ competition and being triumphant. 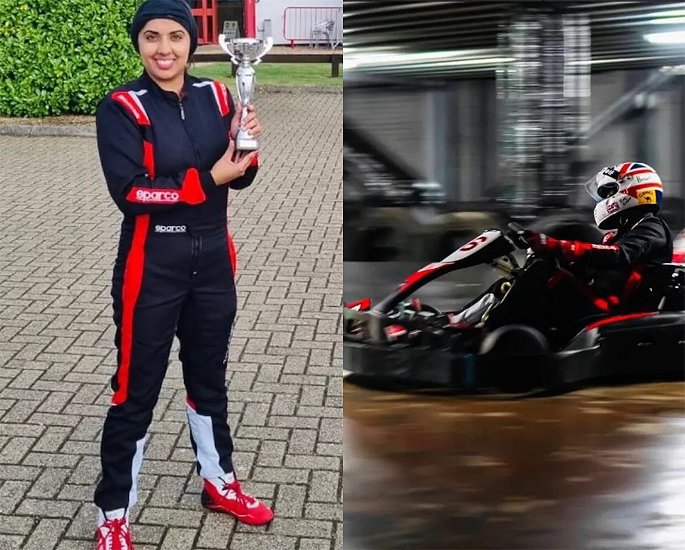 The motorsport journey of Raj Kular started just before the Covid-19 pandemic came into effect. Raj admits the sport came later in her life:

“I first got into motorsports last year, February 20, 20. So fairly, late. Actually, I was only twenty-nine at the time.”

“It was just prior to the lockdown. And I just decided to give karting a go with my partner and ever since then I’ve been hooked.”

According to Raj, motorsport has become a “passion” after competing in many “open races” and various “championships.”

Raj’s parents are “absolutely” supportive of her racing, particularly as it came after prioritising education.

Raj feels that despite having the sporting genes from an early age, her parents may have thought otherwise if she had entered motorsport much earlier:

“I mean, they’re really proud of me. I’ve always been very sporty. I think probably going back to my childhood, they may have been slightly less if I had said that was my career choice.

“But I think that’s only because, you know, naturally, it’s a big worry for parents, right in terms of success within the sporting world.”

She had her first race prior to the coronavirus hitting the UK in February 2020. Despite racing in difficult conditions, she was quite consoling about it.

“I was at Daytona Sandown Park, which is in Surrey. We did an open race in the wet, so it was very challenging. I think I qualified seventh out of twenty or so drivers. The race was a little bit less successful.

“I spun out quite a few times, but it was still nonetheless a great experience.”

It is quite evident that Raj was put in the deep end straight away, but did well under the circumstances. Raj also said since then she had plenty of PDM wins under her belt.

‘Formula Woman’ and Differences with Karting

Raj Kular feels it is a big honour for her to become a ‘Formula Woman’ competitor, especially coming late into the sport:

“It’s really [was] just an amazing opportunity for me. Technically in my age to have this opportunity presented is really special.”

“You know, there’s hundreds of women competing for this opportunity.”

She had set her eyes to get in the McLaren GT car in 2022. According to Raj, she had to practice driving as much as possible, along with keeping a check on her “fitness levels” and diet.

Raj became a ‘Formula Woman’ finalist, being part of a select group from 850 applicants.

She says that whilst karting is more like a daily breadwinner, ‘Formula Woman’ expects one to elevate and make certain changes. She differentiates in detail saying:

“I think karting is a bread and butter of driving. You know, kids start out from a very young age in a kart.

“So, I think that gives you the race craft and basic… to be a good racing driver.”

“Obviously in a Super GT full kart, it’s completely different. You have to have a really good lifestyle. And you have to look after yourself.

“You have to think about the physics of the vehicle. And obviously you’ve got the pressure as well of performing for a team righ,t professionally.”

With Raj starting with karting, the transition to Formula woman has gone as well as it can. 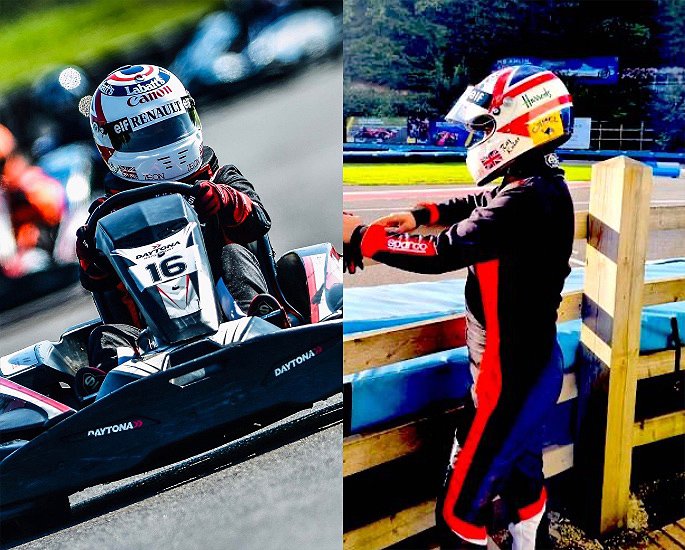 Raj Kular, in a short space of space, has had some special moments on the track. However, she does recall one particular victory:

“So in 2021, I did a race at Daytona Tamworth. It was fairly memorable because it was my only second visit at the track itself. And it was just a really comfortable win for me.

“I qualified first, I finished first, which I didn’t expect given the fact that I had little to no experience at the track itself.

“And I think. It was an amazing opportunity for me. And, it was good to have that performance against other drivers.”

Raj has her feet firmly on the ground. She states that her core focus remains on ‘Formula Woman’ as she feels it is a major task at hand.

Raj was born and grew up in Birmingham. She is from the third generation, with her grandparents from both sides immigrating to the UK from Punjab, India.

She is the middle child of the family. Raj’s father runs an ice cream business on a large scale, with her mother working as a nurse.

She had a very solid education, attending a private academic establishment and then university.

Proud of her ancestral roots, Raj has made a trip to Punjab, India.

Meanwhile, it is very encouraging to see Raj Kular enter motorsport, especially with men traditionally dominating the sport in the UK.

Her presence in ‘Formula Woman’ will naturally improve gender diversity and present opportunities for women within the sport.

Motorsport fans can keep themselves updated with Raj Kular via her Instagram page here.