India cricket captain Rohit Sharma was trolled for looking “unfit” after a picture with a fan went viral.

The Test squad are already in England and one lucky fan managed to get pictures with Virat Kohli and Rohit Sharma.

The pictures were shared online and quickly went viral.

While the fan had his dream come true, social media users claimed Rohit Sharma was looking “unfit” ahead of the upcoming fixtures.

Some cricket fans made fun of Rohit’s appearance and stated that he needs to be in shape as he does not look like a captain. 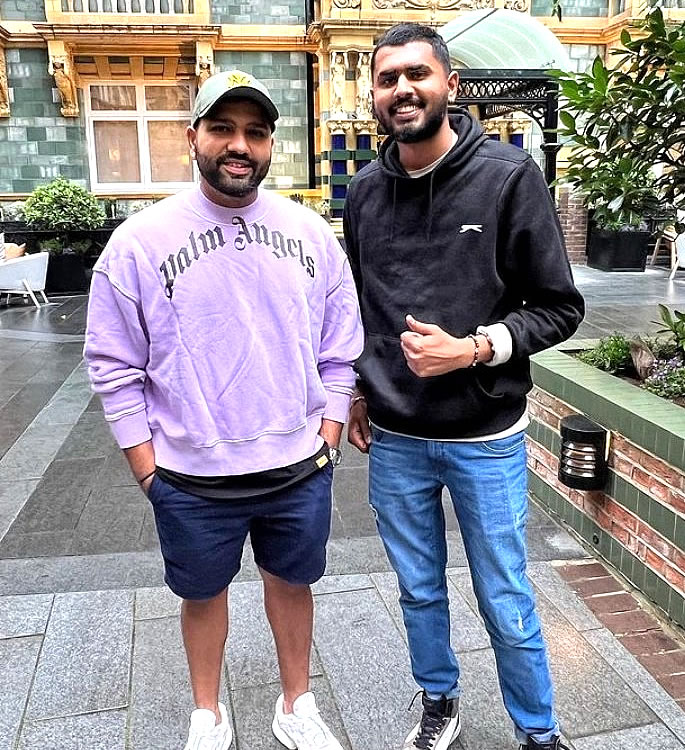 Some called the skipper careless for not looking after his fitness during his time away from the game while others urged him to get back in the gym.

One said: “Rohit needs to shed some weight, look at him he is so fat, does this guy looks like the captain of the Indian team? So careless.”

Another person said: “Sharma ji should work on his fitness he is so chubby.

“I know it’s a hoody but still, imagine if he had a better physique, he can perform way better.”

But some fans came to Rohit’s defence, stating that the cricketer is wearing a baggy top. Others said he has a muscular build.

Rohit Sharma is not the only cricketer who has been criticised for his alleged lack of fitness.

This came after Rishabh’s underwhelming batting performances against South Africa during their T20I series.

Danish Kaneria was concerned about the Indian wicketkeeper’s fitness, calling him “slightly overweight and bulky”.

He said: “I want to talk about Rishabh Pant’s keeping.

“I have noticed one thing that when a fast bowler is bowling, he doesn’t crouch and sit down. He keeps standing.

“Maybe because he is slightly overweight and bulky, he can’t come up that quickly, and he doesn’t have that much time.”

“He just stays bent back and low, he doesn’t sit down properly.

“I think that shows a little concern over his fitness. Is Rishabh Pant fully fit?”

“Rishabh Pant will have to improve his batting style. There is KS Bharat available and I don’t see any wrong in bringing in Wriddhiman Saha. Just give a break to Rishabh Pant.”