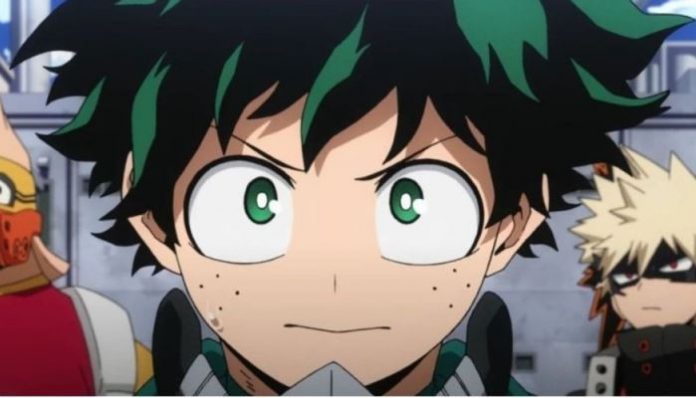 The official release date of My Hero Academia season 5 is out. Here’s everything you need to know about the upcoming season.

My Hero Academia is arguably one of the biggest franchises in the anime and manga community. With millions of fans across the globe, the anime series is winning hearts and is all set to return for its fifth season. The anime series is an adaptation of Japanese superhero manga series of the same name written and illustrated by Kōhei Horikoshi.

The first season aired in Japan in 2016, followed by three more seasons in 2017, 2018 and 2019. The last episode of season 4 aired in Apr 2020 and since then, the fans are eagerly waiting for the series to return. Well, there is good news for all My Hero Academia fans out there. The official release date for MHA season 5 is out. There is also an update on the third movie of the anime franchise.

My Hero Academia season 5 renewal announcement was made in April 2020 in the 18th issue of Weekly Shōnen Jump. The teaser released at the end of the season 4 finale confirmed the return.

My Hero Academia is a very popular anime series not only in Japan but in other countries as well. With a 90% score on Rotten Tomatoes, 8.12 on MyAnimeList and 8.5/10 on IMDB, it was confirmed that we will see more of this thrilling anime series in the future.

Season 4 concluded in April 2020 and within a year fans will get new episodes of their favourite anime.  My Hero Academia Season 5 release date is March 27, 2021. The series will make its debut in multiple global territories, including the United States, Canada, the United Kingdom, Ireland, Australia, New Zealand, Scandinavia, Brazil, and Mexico.

My Hero Academia’s latest season will be available on Funimation, Crunchyroll, and in North America on Funimation’s streaming partner Hulu.

At the time of writing, there is no information on episode count. While the last three seasons had 25 episodes each, there are reports that season 5 will be split-cour, which means it will be released in two halves. So, we can expect 12-13 episodes to release in the first half.

Watch the official trailer no.3 of My Hero Academia season 5: