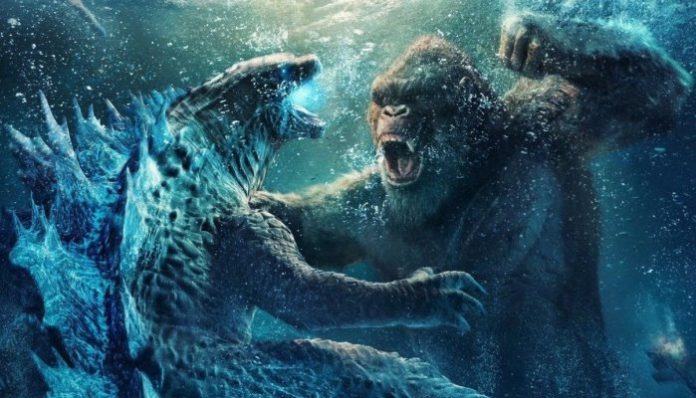 Godzilla Vs Kong release: The next movie in the Legendary Pictures’ MosterVerse ‘Godzilla vs Kong’ is all set to release in India on March 24, 2021.

Godzilla vs Kong, one of the biggest movies of 2021, is all set to release worldwide. The MonsterVerse fans would be happy to know that the film will release in India on Wednesday, March 24, 2021, a day ahead of its international release.

Godzilla vs Kong is mounted on a huge scale and had an estimated budget of around $200 million (about Rs. 1,447 crores). Directed by Adam Wingard, it is the fourth film of so-called “MonsterVerse,” a series of films about the two giant monsters from Legendary Pictures. It is basically a sequel to the previous three movies, 2014’s Godzilla, 2017’s Kong: Skull Island, and 2019’s Godzilla: King of the Monsters. There is no need to worry if you haven’t watched the previous movies as Godzilla vs Kong is primarily about the two monsters clashing and cutting a swath of destruction across the globe.

As the excitement around the film peaks up, let’s have a detailed look at everything you need to know about Godzilla vs. Kong, including the trailer, the cast, reviews, release and download options.

In the home country i.e. the United States, Godzilla Vs Kong will release on Wednesday, March 31. In will release simultaneously in cinemas and on HBO Max (for 1 month).

A week ahead of its release in the USA – on March 24, Godzilla Vs Kong is releasing in France, Hong Kong, Iceland, Indonesia, Singapore, and Taiwan. The film’s release date in India is also March 24. In India, Godzilla vs. Kong will be available in English, Hindi, Tamil, and Telugu.

Check the full release schedule of Godzilla vs Kong in different countries of the world.

In India, the advance booking for the film went live on Saturday. The fans have various options available to watch the movie i.e IMAX 2D, regular 2D, and 4D formats. Tickets price starts from INR 100 and goes up to INR 1000, depending on the location, the format, day and timing of the show. Tickets are available for booking on major portals like BookMyShow, Paytm, PVR, INOX, Ticketplease, Cinépolis, Carnival Cinemas, and all other theatres.

In some cities, theaters are running with 50% occupancy. So, it is advisable that check the COVID guidelines and take proper precautions before booking tickets.

What Godzilla vs Kong is about?

Legends collide in Godzilla vs. Kong as these mythic adversaries meet in a spectacular battle for the ages, with the fate of the world hanging in the balance. Kong and his protectors undertake a perilous journey to find his true home, and with them is Jia, a young orphaned girl with whom he has formed a unique and powerful bond. But they unexpectedly find themselves in the path of an enraged Godzilla, cutting a swath of destruction across the globe. The epic clash between the two titans—instigated by unseen forces—is only the beginning of the mystery that lies deep within the core of the Earth.

To get a better idea of what the film is about, watch the trailer right here:

Eiza González as Maia Simmons, a very smart woman behind a company.

Julian Dennison as Josh Valentine, a friend of Madison.

Demián Bichir as Walter Simmons, the founder and CEO of Apex.

In India, Warner Bros. has not arranged the movie for critics. However, in the United States, several movie critics and reviewer have already watched the film. Most of the international critics have applauded the film for its larger than life scale, an epic battle between the two monsters, impeccable #3D effects. However, almost all critics have trounced the film for inappropriate incorporation of human characters. Basically, the human scenes have nothing much to talk about.