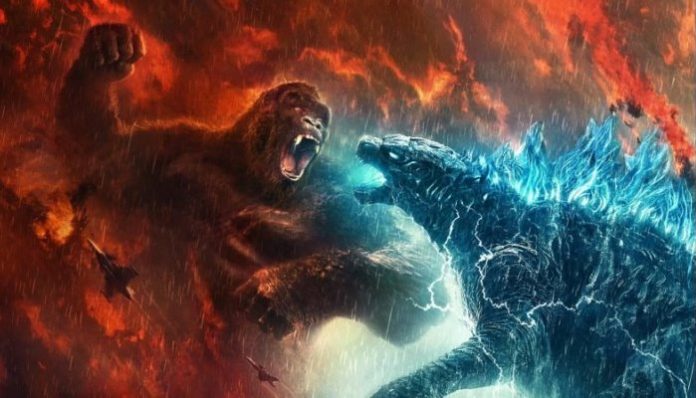 Godzilla vs Kong Day 1 India Box Office Collection: Hollywood biggie ‘Godzilla vs Kong’ is off to a good opening despite a mid-week release and rise in covid cases.

The fourth film of the Monsterverse ‘Godzilla vs Kong’ has taken a pretty good start at the box office in India. As per the reports coming, the monster film collected around Rs 4.8 crore on its opening day. This is a solid number considering that the film is a mid-week release and COVID cases are rising at a rapid pace. The first-day numbers are higher than Bollywood releases, Roohi (released on Mahashivratri) and Mumbai Saga.

‘Godzilla and Kong’ is released at a time when lockdown and night curfew is imposed in some places due to the rise in Covid cases. Cinema halls in Maharashtra are running with just 50% capacity. Night curfew is imposed in major cities of MP, Punjab and Rajasthan. A Rs 4.8 crore is a solid opening considering that the film is released with nearly no promotions in India. Read: Godzilla Vs Kong full movie leaked for free download

The film released in four languages in India – English, Hindi, Tamil and Telugu. The English version has collected more than the combined collection of the three languages. As per early estimates, the English version collected around Rs 3 crore whereas the Hindi version raked in approx. Rs 40 lakhs. One of the main reason behind this is the release only in the 2K format, which meant that most single screens could not screen the film. The Tamil and Telugu version accounted for around Rs 1.4 crore. Read: Godzilla Vs Kong review, plot, tickets and more

Expect good growth in numbers over the weekend

Godzilla Vs Kong has received superb reviews. It hell entertaining and features an epic battle between the two biggest monsters. It is one of those films, meant to enjoy on big screens only. So, expect good growth in numbers over the weekend as festivities are just around the corner.