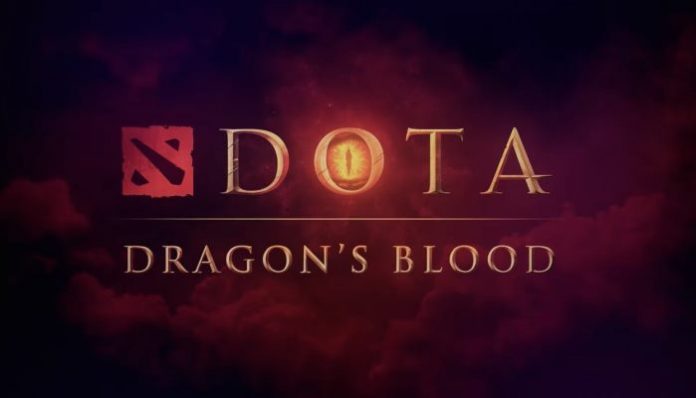 ‘Dota: Dragon’s Blood’ is an anime series based on Dota 2 game. It releases on Netflix on March 25, 2021. Here’s is everything we know.

Ever since its announcement, Dota Dragon’s Blood has created quite a buzz as it is based on a hugely popular game Dota 2. Created by Ashley Miller, the adult fantasy anime has got fan excited. It is all set to premiere on Netflix on March 21, 2021. With just a few hours left for the premiere, here’s everything you need to know about Dota Dragon’s Blood animated series. (Read: Invincible Season 1 on Netflix)

The anime series is created by Ashley Miller. It is based on Dota video game especially the second part titled Dota 2 which is a multiplayer online battle arena. The animated series is co-produced by Netflix Animation and Valve, the developers of the game. The animation of the series is handled by a South Korean animation studio ‘Studio Mir’ which has worked for Netflix anime series ‘Kipo and the Age of Wonderbeasts’ and ‘Voltron: Legendary Defender’.

“The upcoming fantasy series tells the story of Davion, a renowned Dragon Knight devoted to wiping the scourge from the face of the world. Following encounters with a powerful, ancient Eldwurm as well as the noble Princess Mirana on a secret mission of her own, Davion becomes embroiled in events much larger than he could have ever imagined.”

Netflix dropped the teaser on Feb 19, 2021. It received a tremendous response with round 50K likes. Watch it right here:

Netflix released the official trailer of the animated series on March 2, 2021. Watch it to get the idea of what it is all about:

What time does Dota: Dragon’s Blood release on Netflix?

Consisting of a total of 8 episodes, the anime series will be available in 23 different languages. It is arriving on Netflix on March 25, 2021.

Have a look at the list of actors who would be voicing for the animated series.

The animated series is getting mixed reviews. In its review, The Verge writes, “The show is eye candy, quickly jumping from one action-heavy sequence to the next. It looks incredible, but since it’s only eight episodes, this fast pace means it never has the time to fully develop its characters or world.”

Another reviews reads, “Dragon’s Blood is conventional, and probably among the safest ways to adapt a game like Dota into a television series. It ends with much more story to tell, and maybe with its cast of characters now established, a second season could shade in the nuances they didn’t get in these eight episodes.”

You can read more about upcoming anime movies and shows in our anime section.