The series will broadcast from January 19, 2022, across twenty-six radio stations, including Resonance FM, Sheffield Live, and Tring Radio.

Each creative piece analyses a ‘culture war’ through the legacy of the British empire.

Exploring issues of race, identity, and mental health, all the dramas are written by those, which had a family heritage directly affected by British colonialism.

Intriguing writers like Danielle Fahiya, Kamala Santos, and of course Erinn Dhesi are amongst those participating in the event.

Erinn’s drama Queens will look at the pain, sacrifice, and hard work of Indian women during and after British colonialism.

Set in Erin’s hometown, Leamington Spa, the piece will also portray the values, emotions, and history of South Asian culture.

The importance of this is imperative. With such a solid foundation to showcase these topics, there is an excitement growing around reporting on such underrepresented issues.

Linking up with British Indian director, Gitika Buttoo, emphasises how this visionary play has managed to creatively come to life.

However, Erinn is no stranger to the limelight. Her monumental short plays Sesh (2019) and The Walk (2019) premiered at the Curve Theatre in Leicester to immense praise.

Therefore, Queens will surely be another triumph to add to Erinn’s established catalogue.

DESIblitz caught up with the creative playwright to talk about THE WAVES, Queens, and the need for more representation.

Tell us a bit about yourself and how you got into theatre? 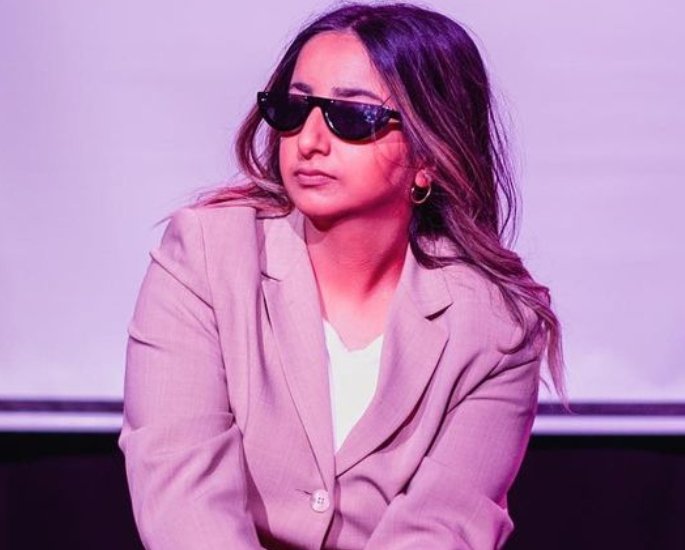 I am a playwright and performer, based in the West Midlands, who likes to write about everything from British Asian life to social media and ‘young people angst’.

But I quickly realised at 18, after a few internships, I was not suited to journalism because I tried to make everything funny or dramatic or both.

I joined Soho Theatre’s Mixed Comedy Lab in 2013 as a way to meet new people in London. I enjoyed it quite a lot, despite being too shy to do drama at school.

Then, I was invited to participate in their Writers Lab the following year and it kicked off this journey of playwrighting.

It’s been amazing to see my writing progress and get more refined over time through schemes, groups, and having the opportunity to write on stage.

What playwrights/productions have influenced you the most?

I can’t say one specific playwright has influenced me greatly or there is someone I want to clearly emulate.

That feeling comes from lots of things whether it’s killer dialogue or lighting, movement or even blocking on stage.

When it came to tapping into the energy of this audio play in particular I thought back to a moment in Ross Willis’s Wolfie (at Theatre503).

One of the twins gets sent home for shoplifting a pack of knickers and having to explain herself as to why she did it.

It was because her foster carer was too neglectful and catatonic to clean her underwear for her so she resorted to stealing. It was so devasting and quiet.

That’s what love as a caregiver is! Cleaning your kid’s underwear – as mundane and dirty as it is. That really reminded me of my grandmother.

“She’s a clean freak and not the most gentle of people but she would still wash my underwear at the end of the day!”

I also watched Yomi Sode And Breathe over the summer, which was a one-person show of a man grieving the death of his family matriarch.

The pace and the emotion running through it was electric. It touched on similar themes about the power of matriarchs and inherited trauma in bringing together families.

What issues do you try and address in your work and why? 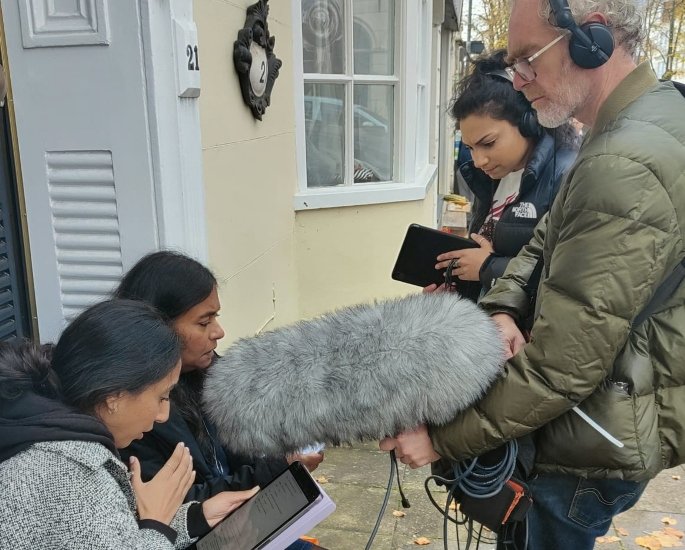 Someone likened my writing to a vaccine once. As in, when you receive it, it hurts initially but ultimately it’s going to be good for you.

There is definitely a spikiness to my work. Whether it’s about the topics I’m really focused on at the moment such as social media, British Asian life, or being a young person in 2022.

However, I do like to make people laugh. I generally think comedy and drama go hand in hand.

If I can lull you into laughing about something and then eventually make you cry about it too – then I’ve done my job.

Tell us about ‘Queens’ and the motivation behind creating it?

I wanted to put Royal Leamington Spa on the map for something other than it being used for the exterior shots of Keeping Up Appearances.

It’s a very pretty and aesthetically pleasing town. But it has a much more complicated history that deserved to be told and acknowledged. The Indian community of Leamington Spa is key to that.

Away from that is a story about the hidden pain, sacrifice, and hard work of the Indian women who had to start new lives in the UK.

“It’s inspired in part by my own family but also of all the many untold stories of people’s parents/grandparents.”

“I also wanted to write something a bit weird and sci-fi.”

See this as my intention to write a Doctor Who episode one day! (*cough cough* Russell T Davies *cough cough*)

How do you think British colonialism affected South Asian culture? 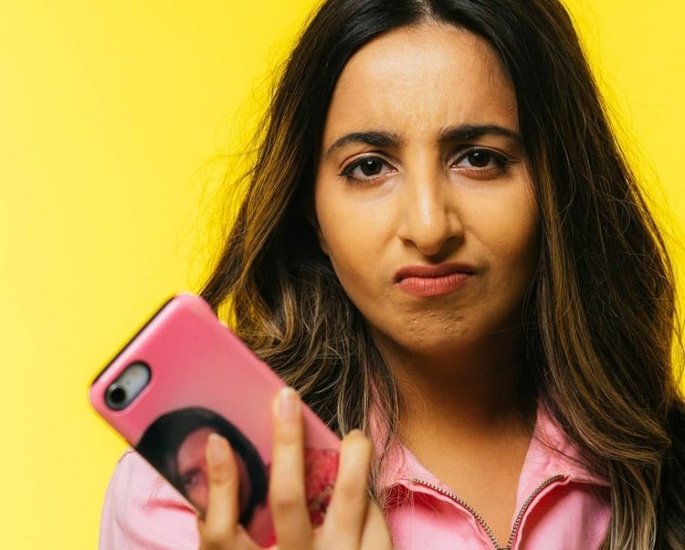 A lot. I think what’s been more immediate to me recently is the distinct difference in the diasporas you find within South Asian culture.

These have been heavily affected by UK immigration laws enacted from the 40s up until the present day in 2022.

South Asians are not one homogenous blob. We are nuanced, distinct, and can have radically different views on things and our place in the world.

I’m working on a huge idea at the moment that aims to look at the South Asian women who have shaped the UK over the decades.

That looks at the specific real-life stories of Punjabi Sikh, Hindu Gujarati, Bangladeshi Muslim, and Pakistani Muslim women who have lived here.

As I said, it’s huge and ambitious! But I hope one day to bring it to screen.

What effect would you like ‘Queens’ to have on audiences?

I want them to have all the emotions! I would like people to think about how the stories of immigrants in this country are not clear cut, it is no mean feat to start a new life in a new country.

Especially if it can be hostile to your very existence.

There’s a huge sci-fi element to this drama, time travel and the like which is so much more effective to do in audio than on stage.

“It seemed the natural place to mess with time and place and rely solely on sound to do that.”

What was it like to work with director Gitika Buttoo? 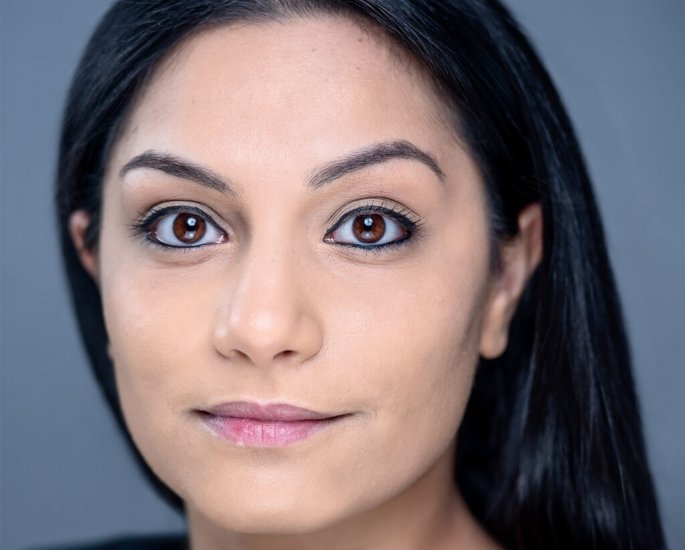 I loved working with Gitika. I first met her after she directed a monologue of mine at Tara Theatre in 2021 starring Maanuv Thiara.

So, I wrote the piece but was never involved in a conversation with her or rehearsals like I had been before – I simply turned up on the night and hoped for the best!

But I was amazed at how she captured the tone and elevated the piece without even having met me.

I had never been so satisfied with my own writing on stage like that. When you match with another creative like that you do not let them go!

I was keen to work with her again so I recommended her for The WAVES. Gitika has a great ability to steer the room to the emotion of the writing.

She is incredibly deft in doing it with gentleness and ease in a way that I could never have the patience for!

We’re cooking up a new idea at the moment, which I’m very excited about.

Is there enough South Asian representation within theatre?

There isn’t enough at all. However, representation is not a golden ticket.

As we have seen quite distinctly over the last few years, a South Asian face in the room does not guarantee the right values or beliefs are behind them.

In theatre, I do think there has to be a shift in having South Asian talent only feature stories that centre on South Asian issues.

“We should be able to comfortably make theatre that focuses on the hot South Asian topics of the day.”

As well as being able to be the lead the next Medea run at The National. That is not happening in sufficient numbers for a variety of reasons.

The talent is there – they just need the chance and support to flourish.

How does it feel to be a part of THE WAVES? 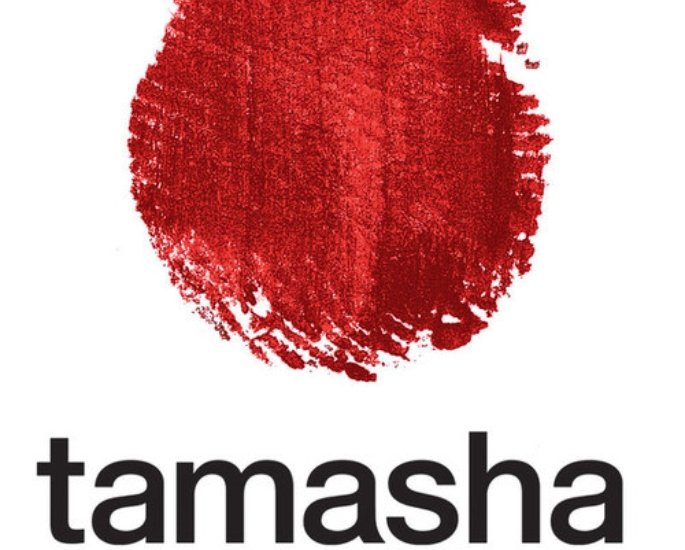 It’s been brilliant. THE WAVES project is one of the best ways to honestly look at the history of colonialism in towns and cities across the UK.

I feel privileged in able to add to that from the viewpoint of an unassuming town in the Midlands.

As well as that, I met new writers across the country, was able to bring in creatives I had worked with before, and learn a new skill in writing for audio.

Tamasha and Holy Mountain are reimagining the theatrical landscape by exploring such historical issues in this innovative medium.

With a plethora of talented playwrights, actors, and directors involved, THE WAVES is sure to captivate listeners.

Additionally, audiences will feel uplifted by having such a diverse number of narratives explored, including Erinn’s story.

Queens will undoubtedly be a breath of fresh air to the creative industry.

Exploring the social and political contexts of South Asia’s relationship with British colonialism shows Erinn’s authenticity as a writer.

Admittedly, the audio drama will prove successful. However, the inventive playwright has teased at her future projects:

“I have several Theatre and TV ideas in train right now that I would like people to say ‘Yes!’ to (very relatable to writers everywhere).

“I’m really wanting to write more about the effects of social media on everyday life.

“I have very ambitious projects about British Asian life stewing in the background.”

This shows how in tune Erinn is with her culture and how she sees the need for more representation.

THE WAVES encompasses this and will surely influence the next generation of creatives. Find out more about THE WAVES and Queens here.