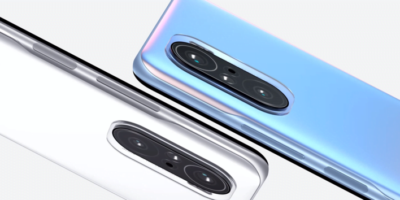 The Redmi K40 and K40 Pro are a part of the latest iteration of the critically acclaimed Redmi K series. The lineup has always been all about that ‘flagship-killer’ principle and Xiaomi has done it yet again with these releases.

For starters, the Pro variant of the lineup ships with the top-of-the-range Qualcomm Snapdragon 888 chipset and a high-end 120Hz Super AMOLED display with HDR10+ support, among other things.

Now, being one of the latest releases, that too at the high-end spectrum, does have its perks. OEMs tend to prioritize their latest flagships when it comes to updates. For example, the Mi 11 is slated to be one of the first to bag stable MIUI 12.5.

Of course, the Redmi K40 series should be treated similarly since it too isn’t too different from the Mi 11 spec-wise. One can almost rightfully say that the K40 Pro is a more wallet-friendly version of the Mi 11.

Nonetheless, it is worth highlighting here that the exact release date for a stable MIUI 12.5 for the Redmi K40 series has still not been given out. The only detail currently available is a very vague ETA of Q2 2021.

But new evidence is set to change that.

We previously highlighted how the Redmi K40 series has received Dolby Atmos support with a recent MIUI 12.5 beta update. From this, it isn’t too difficult to conclude that Dolby Atmos is indeed a MIUI 12.5-specific feature for the K40 series.

Moreover, since the MIUI 12.5 beta update is the one adding Dolby to the K40, the stable MIUI 12.5 update is definitely the one to bring the same feature to the masses.

This further implies that the stable rollout of MIUI 12.5 for the duo can be expected as part of the Dolby upgrade – by late April. And this late April date has been extracted from the official website for the Redmi K40:

In short, it is highly likely that the Redmi K40 will receive a stable MIUI 12.5 update by the end of April.

But what about the Redmi K40 Pro? Well, this is where things start to get more interesting. The same Dolby upgrade has been given a much earlier date of March-end for the device.

Dolby Atmos is updated with OTA, the time is the end of March 2021.
Source

Now it could be possible that the device is an exceptional case and Dolby Atmos support will be rolled out for it with MIUI 12 itself. However, another possibility is that the K40 Pro may very well be one of the first devices to get treated to MIUI 12.5 stable.