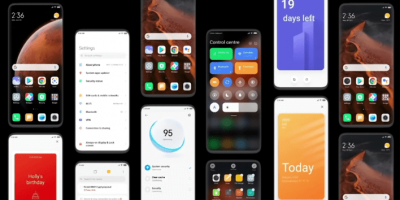 Xiaomi has recently been busy recruiting global testers for their new Mi Stable ROM Tester programs. The first instance of this began back in early February.

Since then, the company has kickstarted a second batch and has even brought about a Stable ROM Tester program specifically for Poco devices.

If you have already signed up for the Mi Stable ROM Tester program, then you will be pleased to know that an official list of selected participants has been released. For the Xiaomi list, head here. And for Poco, check this out.

Nonetheless, there has been plenty of speculation doing rounds about the MIUI/Android version to be expected under the umbrella of these programs. After all, the details given out have always been too vague to be meaningful.

We highlighted in the past how these programs may finally bring about MIUI 12.5 beta testing to the global users given that stable MIUI 12.5 releases were just around the corner.

However, as it turns out, the Mi Stable/Pilot ROM Tester programs are all currently based on MIUI 12. They may still bring about newer Android versions though. A good example for this would be the Indian Mi 10i.

This conclusion has been further solidified by a mod comment that sheds some more clarity on the matter:

As clear from above, participants of the Mi Pilot/Stable Tester program will only be treated to ROMs that are not unlike stable beta builds. These builds are basically deemed stable and have already been tested thoroughly.

However, OEMs are known to release updates in stages to limit the impact in case of a bad update rollout. It appears that such nearly stable builds are now being rolled out to the Stable Testers prior to a complete rollout.

Not all is lost for those awaiting MIUI 12.5 beta global beta rollouts though. It could be possible that MIUI 12.5 builds may too be given out to Stable Testers as they near the stable rollout stage.

But that is purely speculation at this point. For now, stay tuned to our dedicated MIUI 12.5 update tracker so that you do not miss out on any new developments.