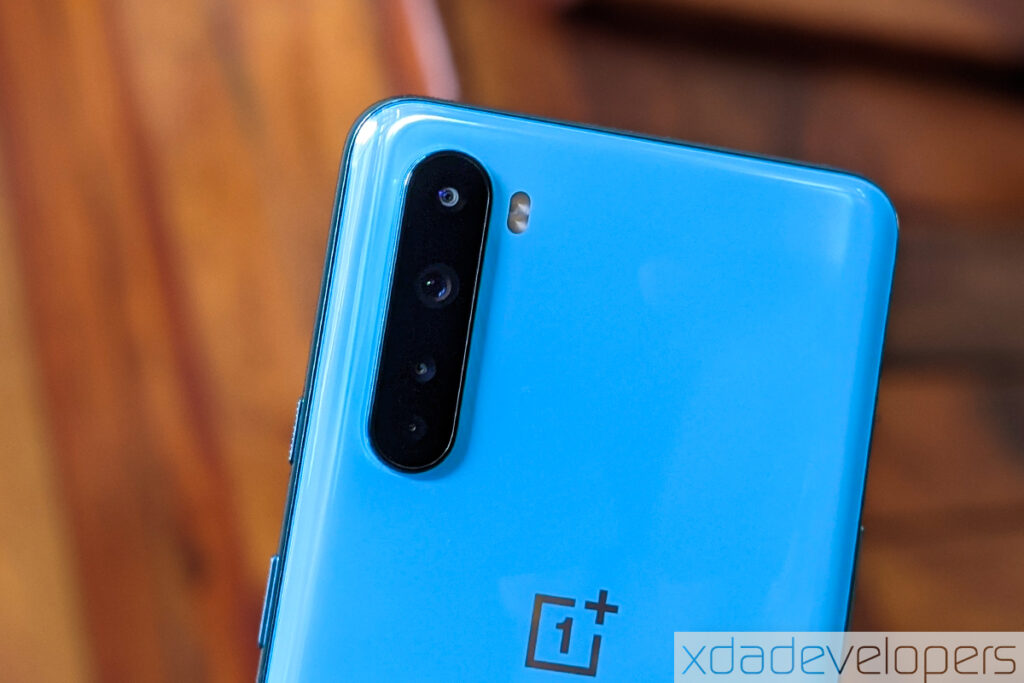 2021 is just a month old and we’ve already seen some good news — phone prices should be lowering a bit as a general trend over the year. We saw this with Xiaomi and Samsung’s latest flagships being priced lower than their 2020 counterparts. If flagship phone prices go down — that means budget phone prices will too.

If you’re on the market for a phone in February 2021 and your budget is tight, let this guide help you out. If you have more to spend, then check out our guide to the best Android phones you can buy right now!

These are the best Budget Android Phones: Okay, so the Google Pixel 4a doesn’t have the most features, the flashiest look, or the most cutting-edge hardware of other phones on this list, but it still wins the “Best Overall” category because of two things: software and camera. The Pixel 4a is a pure Google phone, so its version of Android is the cleanest, most up-to-date, and will get support the longest. And while it doesn’t have the focal length versatility of more premium phones, the main camera here is every bit as good as the Pixel 5’s, which means it’s every bit as good as all the other flagships on the market too. This says something, considering that the phone is a fraction of that cost.

Despite its modest pricing, the Pixel 4a has a flagship-level screen-to-body aspect ratio and a large battery that will last all day. Sure, the plastic build and only black color option leave it looking a bit drab, and this particular model doesn’t support 5G, but this is a $350 phone with a photography experience and software experience that beats not just everything else on this list, but even phones that cost three times as much.

It’s not the most exciting looking smartphone, but the Google Pixel 4a is the best budget smartphone. Flagship-level camera, guaranteed the cleanest and latest version of Android, and improved battery life over the Pixel 4 makes this an easy recommendation.

Thanks to the absence of Chinese budget brands such as Redmi and Realme in the USA, Motorola has enjoyed a relatively unrivaled run as a top option for reasonable budget Android phones, and the Moto G Power continues that trend. For around $250, you get a 6.4-inch screen with decently thin bezels and a large battery 5,000 mAh battery. The processor (Snapdragon 665), RAM (4GB), and camera performances fall short of other phones on this list, but they’re all still serviceable. The lack of NFC support could be a dealbreaker for those who use Google Pay, however.

On the software front, Motorola’s software is about as close to the Pixel 4a’s clean Android experience as you can get, aside from some additional Moto software features like arguably the best Always-On Display on the market. Overall, the Moto G Power is a worthy option for those who value battery life and clean software above all else. Don’t stress about battery life with the Moto G Power — its 5,000 mAh battery will surely power you through the day. Sure, the RAM and processor are not the greatest, but its low price tag and clean Moto software make the whole package worth it.

The benefit of buying a mid-tier phone from a top brand like Samsung is that it has the resources to pass down premium components. Case in point: the $400 Galaxy A51 sports a gorgeous 6.5-inch Samsung AMOLED panel with the trademark vibrant, punchy colors Samsung’s known for, and it managed to cram a 32-megapixel selfie camera into a tiny hole-punch cut-out that barely leaves a mark.

It’s also got a sizable 4,000 mAh battery, a capable 48-megapixel primary camera and a 12-megapixel ultrawide camera. However, the haptic engine on this is weak, and the Exynos 9611 chip lags behind the other SoCs on this list.

Still, for those loyal Samsung fans who love One UI but cannot stomach paying over $1,000 for a Galaxy S or Note flagship, the Galaxy A51 at least approximates the feeling of using a top Galaxy phone at 40% of the price.

With a gorgeous Samsung AMOLED screen and One UI, the Galaxy A51 is perfect for Samsung fans who don’t want to spend so much on a phone. You also get 5G connectivity on the phone, which is a good positive if you plan to hold onto the phone for a few years.

Best known for its televisions, TCL officially entered the Android space in 2020 with a $250 handset packed with an impressive 6.5-inch LCD screen.

Despite its plastic back, the construction of the phone is impressive, considering its price tag and newcomer status of TCL. But flip the phone around, and that screen shines — colors pop with rich details and is bright enough to be easily visible under direct sunlight.

The quad-camera system on the back houses a 48-megapixel primary shooter that produces good shots, but the other three lenses — an 8-megapixel ultrawide, and a pair of 2-megapixel macro and depth sensors — are average at best. The Snapdragon 665 processor and a clean and light UI make for a good combo.

Perhaps not surprising considering its company roots, the TCL 10L is one of the last phones left outside of Xiaomi to offer an IR blaster for easy controls of televisions and other appliances. With a bright and vibrant LCD screen and a versatile quad camera array, this is quite the solid smartphone debut for Chinese television brand TCL.

If you want a phone with a stylus, but find the Galaxy Note series and Galaxy S21 Ultra to be too expensive, the Moto G Stylus is one of the very few viable options. This $300 phone may pack just 4GB RAM and does not support NFC, but you do get Snapdragon 665, a clean UI, a headphone jack, and of course, that stylus. It works mostly well — if you’re not comparing to the S-Pen of the Note 20 or Note 10 — there’s no Bluetooth connectivity nor palm rejection when the stylus tip touches the screen. Still, latency is relatively low, and the software adapts to the input well. For example, if you pull the stylus out from the bottom of the phone while the screen is off, the screen jumps to a dark notepad — just like the off-screen memo of the Note series.

The 4,000 mAh battery can also power this thing all day, the screen looks pretty nice, and you have a strong pair of stereo speakers. The cameras, however, are just decent.

Who said the Galaxy Note is the only phone in town with a stylus? The Moto G Stylus, with its 6.4-inch near the all-screen front and a stylus of its own, is a great option for those who like to jot down notes or make the occasional sketch.

For those who want their software as light as possible, the Nokia 5.3 is a worthy option running Android One, a near-stock version of Android guaranteed to get timely Google software updates for at least two years.

One of the original big mobile phone brands is back with a $200 smartphone. None of the specs will pop off the spec sheet but its affordable price, near-stock Android software, and a 4,000 mAh battery give it plenty of appeal.

Last year, OnePlus released the OnePlus Nord, a mid-range phone with upper mid-tier specs, for the European market. For North Americans waiting their turn, they have the Nord N10, which is even cheaper at $299. The Nord N10 features a 6.49-inch FHD+ display with a 90Hz refresh rate, 6GB of RAM, 128GB of storage, and a 4,300mAh battery that supports OnePlus’ fast 30W charging.

Sure, the Snapdragon 690 processor here isn’t going to blow anyone’s socks off, but it’s pretty serviceable and it’s 5G ready. The main 64MP camera produces sharp and vibrant images, and there’s a decent ultra-wide lens as well. Oh, and you get a headphone jack too.

The OnePlus Nord N10 is a 5G device with a high-refresh display on a budget. The overall hardware package is modest, yes, but it will work out for average consumers on a tighter budget.

Best value (not sold in US): Poco X3 NFC

Here’s an open secret among Android fans: the US phone scene is relatively limited due to the fact that almost all Chinese brands do not sell stateside. If you’re willing to import, Xiaomi’s Poco X3 NFC has hands-down the best dollar-for-dollar value of any phone released in recent memory. Here’s what you get for a starting price of 199 euro ($234): a 6.7-inch 120Hz screen; a 5,160 mAh battery that can go two full days for all but the heaviest of users, the brand new Snapdragon 732G chip, and a capable quad-camera system headlined by a 64-megapixel main camera.

The display is just an LCD panel instead of the OLED seen in phones like the Google Pixel 4a OnePlus Nord, but it refreshes at 120Hz. The stereo speaker system and haptic engine are better than anything we’ve seen at this $200-ish price range too.

The caveat is, of course, the fact this phone doesn’t sell officially in the US, so there’s no guarantee it will work on all carriers, and importing will likely drive up the price by a bit. If we’re going by pure specs and bang-for-buck value, this is very hard to top: you get a 120Hz screen, 5,160 mAh battery, four useful cameras, and the first phone to run Snapdragon 732G at a very attractive price. But Xiaomi’s UI is not everyone’s cup of tea, and this also does not sell officially in North America, so you should check the bands to ensure carrier compatibility before importing one.

None of the phones listed here are going to be confused for premium flagships, but they are more than serviceable and offer a lot for the money. The OnePlus Nord N10 and the POCO X3 NFC, in our opinion, offer the best bang for your dollar. But photography lovers should go for the Pixel 4a.