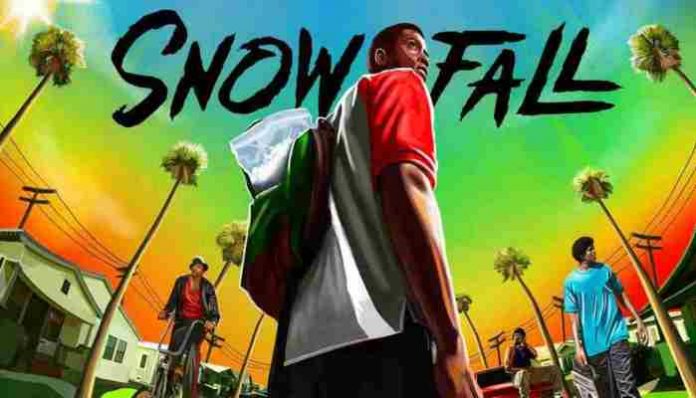 Snowfall Season 6: Here’s everything you need to know about the next season of FX’s popular crime drama series Snowfall.

FX’s popular crime drama series Snowfall returned for Season 5 on Feb 23, 2022. The latest season showcases Franklin’s life more than a year after he hung up his cane in the Season 4 finale. Premiered in 2017, the series set in 1980s Los Angeles during the first crack epidemic showcases the impact of drugs on the culture of Los Angeles city. It focuses on Franklin’s years-long journey from a 20-year-old part-time weed dealer to a fully-fledged cocaine drug lord. Since its premiere in 2017, the American crime drama has achieved immense popularity. It gained rave reviews from both audiences and critics due to its intriguing plot and dynamic characters

Well, there is good and bad news for all Snowfall fans out there. Snowfall season 6 has officially been renewed by FX on April 5, 2022. But it will be the final season of the popular crime drama series.

The renewal came as no surprise as Season 4 was FX’s most-watched series of 2021, per Deadline. The fifth season is the most-watched season of the show.

“FX first partnered with legendary writer/director John Singleton and the rest of the creative team six years ago to pursue their vision for an ambitious, powerful drama about the explosion of the crack epidemic of the early 80s,” said Nick Grad, President, Original Programming.

“Today, as the fifth season of Snowfall reaches new heights of acclaim and viewership, there is no question that this series has become an FX classic drama. We are thrilled to order a sixth season that will enable Dave Andron, Walter Mosley, and the rest of the producers to bring Snowfall to a climactic finale showcasing the brilliance of everyone involved, from the stellar cast led by Damson Idris, to the writers, directors, artists and crew.”

“To tell a story worth telling, with creative partners you respect and admire, at a network that supports you throughout and allows you to end on your terms. That’s the dream,” said Andron. “I am so grateful to everyone at FX from John Landgraf on down and to the entire Snowfall family for helping us get there. If only John Singleton could be with us for the end.”

“I couldn’t imagine telling this story anywhere but at FX,” said Snowfall Producer and star Idris. “I’m incredibly proud of the history we have all made. Especially the impact Snowfall has had on the culture. Very rarely does a TV show get to the sixth season mark and saying goodbye to ‘Franklin Saint’ will be heartbreaking. But the family and relationships I’ve made on this journey will last a lifetime. I know John Singleton is looking down smiling proud.”

Currently, Season 5 of Snowfall is airing on FX with Episode 8 set to air on April 6, 2022. Snowfall Season 5 finale is set to release on April 20, 2022. If the channel follows the same pattern, we can expect Season 6 announcement in May 2022.

Prior to the fourth season, we used to get new Snowfall seasons in July. Season 5 was scheduled to premiere in July 2020 but got delayed by more than six months due to the COVID-19 pandemic. Snowfall season 4 premiered on February 24, 2021, on FX, with the season finale aired on April 21, 2021.

Exactly one year, Season 5 premiered on FX on Feb 23, 2022. Considering that Season 6 follows the previous seasons’ production schedule, it will possibly premiere in Feb 2023.

Expect the following cast members to return to the sixth season:

We will update this article as we get more details about Snowfall Season 6. You can bookmark this page to get the latest updates.