PCB to give Lahore ‘Gaddafi’ Cricket Stadium a New Name

The Pakistan Cricket Board (PCB) will rename Gaddafi Cricket Stadium, following the finalisation of a major sponsor.

Former Pakistan opener and PCB chairman said the name change was coming into effect due to “commercial reasons.”

The PCB stresses that there is no political point for changing the name.

According to the PCB, it is purely from a sponsorship aspect and has nothing to do with the departure and death of a former African leader.

The ground came to light in 1959 as Lahore Stadium. However, fifteen years later, it was renamed, with the name Gaddafi added to it.

The name change came about in honour of Muammar Gaddafi, the former President of Libya. This is after the Libyan leader made a speech at the OIC Conference Lahore.

The PCB head announced negotiations with several sponsors were at an advanced sage.

The PCB Chief was clear in that the winning sponsor will have the right to change the name as per their wish.

He also mentioned that other prominent grounds like National Stadium Karachi was to follow a similar once a sponsor deal was reached. 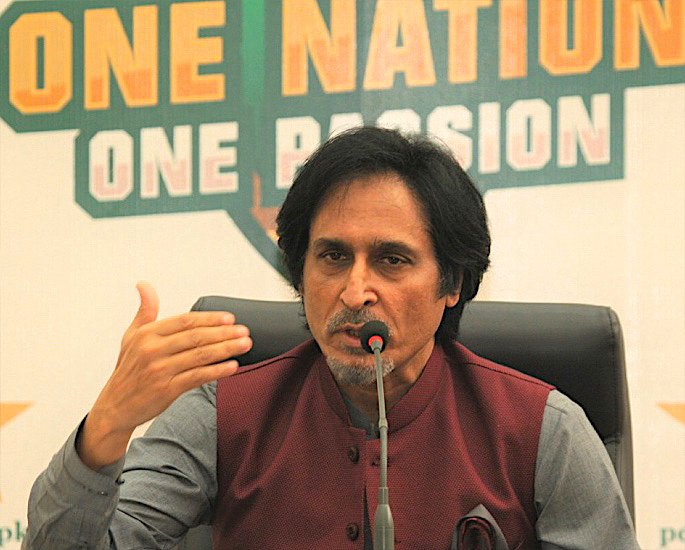 The Pakistan Observer cites Ramiz speaking on the matter stating:

“We acquired the services of YouGov to estimate the brand worth of our stadium, and how much sponsorship deals would be worth.”

He adds this decision extends beyond Lahore and has not been taken overnight:

“That’s not just true of the Gaddafi Stadium, but also the NSK and others.

“We’ve been working towards this for a while, and the response from sponsors has been satisfactory.”

“Once we finalise a deal [for Lahore], the name Gaddafi will go completely, with a sponsor’s name replacing it.”

A cricket fan and businessman Muhammad Majid from Oldham exclusively gave his mixed point of view on the name change:

“It will feel a little different to utter a new name for the stadium. We will miss the Urdu Gazzafi reference to the stadium.

“However, sometimes it is good to adopt a change as is the case here.”

Earlier, Ramiz had stated that the PCB might transfer to an auction system for the Pakistan Super League (PSL) in 2023.

The PCB in charge had gone on to emphasise by ditching the draft method, the PSL would be on par with the Indan Premier League.

Though Ramiz conveyed a discussion with PSL franchises will take place first before giving the green signal.