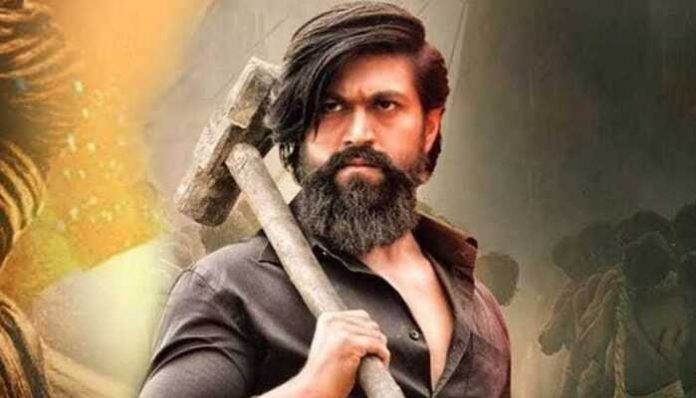 As expected Yash’s actioner ‘KGF 2’ has taken an earth-shattering opening at the Indian box office. Released amidst monstrous expectations, KGF 2 has literally set the box office on fire across the country. Be it Mumbai, Delhi, Pune, Bengaluru, Chennai, or Kolkata, the Yash starrer has performed exceptionally well on its first day. While the official numbers are still awaited, reports suggest that KGF 2 grossed Rs 150 Crore on its first day. Here is KGF 2’s first-day box office collection in different languages.

#KGFChapter2 BEATS #Odiyan to become the BIGGEST opener ever in Kerala Box Office.

The final numbers are still awaited and they may be higher than RRR.

What’s astonishing is that the Hindi version of KGF 2 has surpassed the opening day collection of all Bollywood movies.

Another amazing fact is that KGF 2 surpasses the lifetime collection of the KGF Chapter 1 Hindi version on the first day itself.

KGF 2 is receiving incredible reviews from critics. Viewers have already declared it the best action-thriller in Indian cinema.

Due to EXCELLENT WoM, many theatres are shifting #KGFChapter2 to their main BIG screen by replacing #Beast.

Additional shows are also getting added for #Yash starrer.

Not only in India but KGF 2 is also off to a terrific opening in overseas markets. It becomes the first million-dollar Kannada movie in the USA.

#KGFChapter2 is now a million dollar film in USA🇺🇸.

With an overwhelming response coming in, we can expect the movie to create several box office records in the coming days.

KGF 2 is directed by Prashanth Neel and produced by Vijay Kirugandur and Karthik Gowda under the banner of Hombale Films. It is a sequel to the 2018 movie KGF Chapter 1. It stars Yash, Sanjay Dutt, Raveena Tandon, Srinidhi Shetty, and Prakash Raj in key roles.