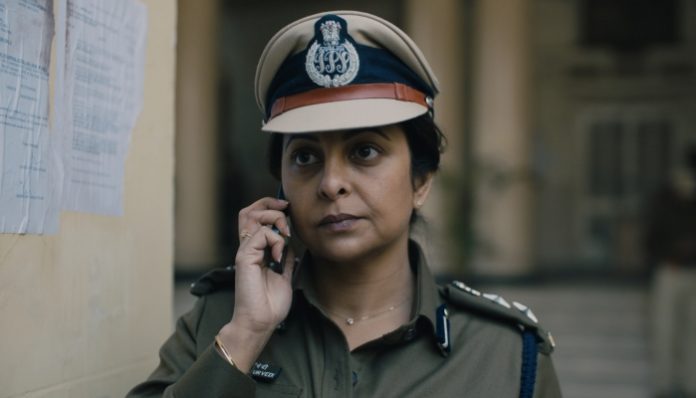 Netflix has renewed the crime drama ‘Delhi Crime’ for the second season. Here’s everything you need to know about the next season.

Netflix crime drama series Delhi Crime starring Shefali Shah, Rasika Dugal, Adil Hussain, and Rajesh Tailang, showcased the aftermath of the 2012 Delhi gang rape. Directed by Richie Mehta, the show received a tremendous response from critics. They praised the script, premise, and performance of the lead cast members. Netflix has renewed the series for the second season which reportedly will be based on Nithari serial killings. Here’s everything we know about Delhi Crime Season 2.

When will Delhi Crime Season 2 released on Netflix?

In March 2021, Netflix India announced its slate of movies and shows set to release in 2021. Delhi Crime Season 2 was part of that slate. Netflix hasn’t revealed the exact release date for the second season yet.

Delhi Crime Season 2 will be on Netflix soon. On July 16, 2022, Netflix India’s Twitter account shared the first look of the second season. The tweet reads, “The squad is coming back to take on yet another gripping case. #DelhiCrimeSeason2, Coming Soon.”

The squad is coming back to take on yet another gripping case. #DelhiCrimeSeason2, Coming Soon. 🚨 pic.twitter.com/vvt2KgdL74

Well, this tweet clearly suggests that the release date is around the corner. We are expecting the second season to premiere in Aug 2022. You can bookmark this page, as we will update the release date information as soon as Netflix announces it.

All the lead members are returning for the second season to crack a new case this time. Here’s a look at the cast of the series:

Coming to the crew, Rajesh Mapuskar and Tanuj Chopra are helming the second season. The production teams remain the same.

The first season of the series is set in the aftermath of the 2012 Delhi gang rape. It covered the period from the incident happening to the final arrest of the suspects.

At the International Emmy Awards 2022, Delhi Crime received the award for Outstanding Drama Series becoming the first-ever Indian series to win this award. So, the pressure is on Netflix to follow up with an equally good second part.

Reportedly, the second season is based on the Nithari serial killings that took place in the house of businessman Moninder Singh Pandher in Sector-31, Noida near Nithari village, in 2005 and 2006.

Delhi Crime Season 1 is available to stream on Netflix.