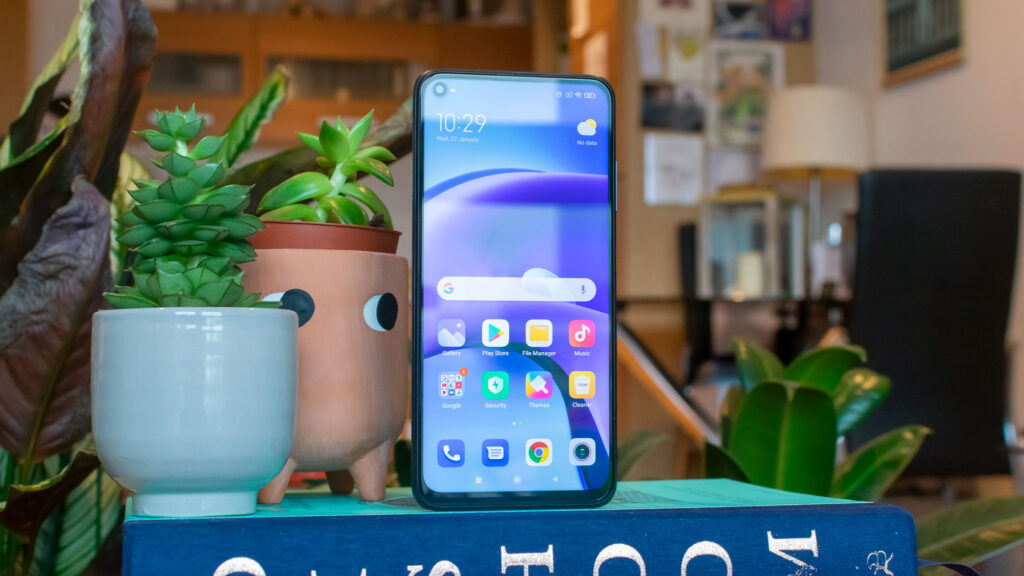 Until only recently, if you wanted to access the 5G network in the UK you’d be expected to pay a hefty sum for the privilege. Now, though, with budget handsets such as the Xiaomi Redmi Note 9T and Moto G 5G Plus, you no longer need to spend excruciating amounts for a decent 5G smartphone.

Handset prices may have been steadily tumbling ever since the UK’s 5G network was first switched on two years ago but the Xiaomi Redmi Note 9T is the first indication that 5G access might no longer be reserved for on-the-go Netflix streamers with bulging wallets.

Xiaomi Redmi Note 9T review: What you need to know

Even if you don’t live in a 5G area, the Xiaomi Redmi Note 9T is a great-value handset. This is the first smartphone we’ve reviewed to include one of MediaTek’s 5G-integrated “Dimensity” chipsets, the 800U, which not only supports all 5G frequency bands in the UK but also delivers impressive overall performance.

The Redmi Note 9T also has a large 6.53in FHD+ resolution (2,340 x 1,080) screen as well as a triple camera array on the rear, which consists of a main 48MP unit with depth and macro lenses. There’s a choice of either 64GB or 128GB of expandable storage, with 4GB of RAM and space for two 5G SIM cards.

As for competition, the Moto G 5G Plus’ budget crown has started to slip. The Redmi Note 9T costs £70 less and, while it lacks a 90Hz screen, it more than makes up for it in the affordability stakes. The excellent Realme 7 also has a 5G variant, but that’s more expensive again at £279.

As you might expect, considering its super-low price, Xiaomi has cut a few corners on the design. It’s not a bad phone to look at, with its mostly bezel-free screen and neat camera array. However, the Redmi Note 9T has a plastic frame and back which, despite having a textured finish, doesn’t feel as premium as other 5G handsets sitting at the pricier end of the scale.

Weighing 199g, it isn’t the lightest handset either but then it does have a gigantic 6.53in screen and a chunky 5,000mAh battery. The Redmi Note 9T’s screen is topped with a protective layer of Gorilla Glass 5 but don’t expect it to survive a dunk in the bath since it only has a water-repellent coating.

The rear triple camera array and LED flash is housed within a large circle at the top portion of the rear panel and surrounded by a stylish metal trim.

Sadly, the Redmi Note 9T doesn’t have an in-display fingerprint sensor. Instead, its fingerprint reader resides in the power button, which is sensibly positioned on the right side of the phone.

You also get NFC connectivity for contactless card payments, a 3.5mm headphone jack, and dedicated dual-SIM slots (both 5G) with space for a microSD card up to 512GB in capacity as well.

The Redmi Note 9T’s 6.53in screen is an IPS panel with a resolution of 2,340 x 1,080, which translates to a pixel density of 395ppi. This area hasn’t seen any changes over the previous model and the Note 9T still only supports a maximum refresh rate of 60Hz.

There’s not a jot of difference in colour accuracy either, with the Redmi Note 9T recording similar results to the previous generation Redmi Note 9. That’s to say it’s a pretty good screen but it certainly won’t blow your socks off.

It covers 97.9% of the sRGB colour gamut, with a total volume of 112%. Strangely enough, the “Standard” display mode is the least colour accurate of the two profiles, recording a 3.62 Delta E average according to my tests. With the “Saturated” setting engaged, the Redmi Note 9T achieved an average Delta E of 2.38.

The phone’s contrast is a bit on the low side, too, at 1,096:1. However, peak brightness is quite good, reaching a maximum luminance of 502cd/m² with the auto-brightness mode switched on. We aim a torch directly at the ambient light sensor to simulate the brightest ambient conditions.

So far, there hasn’t been much for rivals to worry about. However, an area where Motorola and Realme might start to sweat is the Redmi Note 9T’s performance. A total of 4GB of RAM and a choice of either 64GB or 128GB of storage is a pretty standard arrangement for a budget phone these days but the Redmi Note 9T really sets itself apart with its processor.

Xiaomi’s latest budget handset is equipped with MediaTek’s new Dimensity 800U SoC, an octa-core chipset built using a 7nm fabrication process with an integrated 5G modem. It’s clocked at a rather speedy 2.4GHz.

As the below benchmark chart proves, this new chip translates to barnstorming speeds. I usually have to add the caveat “for the price” here but, in the case of the Redmi Note 9T, it pushes past the rest of its rivals by a wide margin and even manages to compete with pricier handsets such as the Qualcomm-powered OnePlus Nord N10 and Google Pixel 4a.

There’s plenty that can be said about the responsiveness of this phone, too. Budget smartphones land on my desk more regularly than I’d care to mention and they often feel quite sluggish, but with the Redmi Note 9T it felt as if I was putting a £400+ handset through its paces, not something that costs as little as £229.

Unfortunately, my review unit failed to run the usual GFXBench tests but, rest assured, gaming performance is just as impressive. I didn’t encounter any issues while playing Genshin Impact, Mario Kart Tour or Stardew Valley, and they all achieved rock-steady frame rates.

How about that gigantic 5,000mAh battery then? The good news is that the Xiaomi Redmi Note 9T managed 18hrs 10mins on a single charge in our video rundown test, which is an almost 10% increase on last year’s Xiaomi Redmi Note 9. Chances are you’re stuck at home at the moment but if you do venture out then it should comfortably last a full day without needing a top-up.

Finally, let’s talk cameras. You’ll find three of them on the back of the Redmi Note 9T this time around: the 48MP f/1.8 main camera is supported by a 2MP f/2.4 macro unit and a 2MP f/2.4 depth sensor. The ultrawide camera has been quietly removed this year, which is a shame since the depth and macro cameras aren’t anywhere near as useful.

While it doesn’t make up for the lack of an ultrawide sensor, the good news is that the main camera is excellent. As you can see from the image sample below, the Redmi Note 9T did a tremendous job of picking out intricate details of the London skyline at sunset, capturing tree foliage, skyscraper window reflections, roof tiles and the like with impressive clarity. It’s not quite as good as the Moto G9 Power but it’s very close:

In tricky, low-light conditions, the Xiaomi Redmi Note 9T struggles a bit, although the end result is still quite good for the price. This picture of the O2 was taken in the evening and, while there’s more visual noise than I would have liked, detail capture isn’t bad at all, especially with the reeds in the foreground and light reflections in the Thames. It also did a great job of brightening up the image without blowing out the beaming floodlights.

My only major complaint is on the software side of things. The Redmi Note 9T’s camera app is unnecessarily complicated, with certain shooting modes hidden away and difficult to find. The macro, burst and tilt-shift modes, for instance, aren’t found in the “more” section (with the 48MP, night and panorama modes); instead, they’re located in the hamburger menu in the top-right corner of the screen.

Still, at least the Redmi Note 9T’s video is up to scratch. You can record at a maximum resolution of 4K at 30fps, 1080p at 60fps. Image stabilisation is only available at 1080p, 30fps but, if you happen to have a tripod or a gimbal, you’ll be rewarded with richly detailed video at 4K.

The Redmi Note 9T is miles better than its bargain price might initially suggest. With performance matching handsets that cost twice the price, it’s a reliable choice especially if you want to dip your toes into the UK’s ever-expanding 5G network without spending a lot of cash.

It isn’t entirely flawless, of course. The screen isn’t anything special and I’m still a bit miffed about the removal of the ultrawide camera but you’d still be hard-pressed to find anything better at this price and, I’d wager, that will remain the case for some time to come.