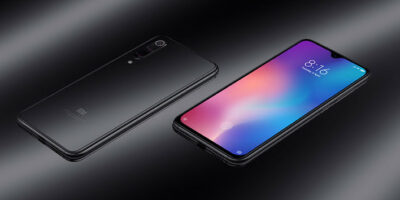 The Xiaomi Mi 9 SE may have been launched a couple of years back in 2019 but has continued to be an excellent mid-range phone that combines a sleek design with a punchy AMOLED screen and offers decent performance.

The device came with Android Pie-based MIUI 10 out of the box and has since received several major updates that took it all the way to MIUI 12. The device currently runs Android 10 and its users have been awaiting Android 11.

Now the Android 11 update for the device has been undergoing testing for a while now. The builds all carry MIUI 12.5 so there’s a double beta test thing going on here.

For the uninitiated, MIUI 12.5 is intended to act as a bridge between MIUI 12 and MIUI 13 and is thus only a minor update over MIUI 12. There are some interface changes along with several performance enhancement claims which you can check out from here.

Anyway, as some may be aware, MIUI 12.5 has begun rolling out for eligible devices already. Two devices have been updated to it in the past two days namely the Mi 10 Ultra and the Mi 11.

Do note that they’re newer flagship devices and OEMs typically update their top-of-the-line models first followed by midrangers. Thus, when the Mi 9 SE now became one of the first devices to run stable Android 11-based MIUI 12.5, it caught us all by surprise.

Nonetheless, the download link for the same has been given below:

It is worth mentioning here that this update has currently only been released in China, that too as a stable beta. This means that it is still in the final testing stages and is currently being rolled out for select users.

But if all goes well, the MIUI 12.5 update for the Mi 9 SE should make it to global users pretty soon as well. There is no ETA as of now but expect it in the coming weeks.

For now, be sure to keep an eye on our dedicated MIUI 12.5 and Xiaomi Android 11 update trackers so that you do not miss out on any new developments.