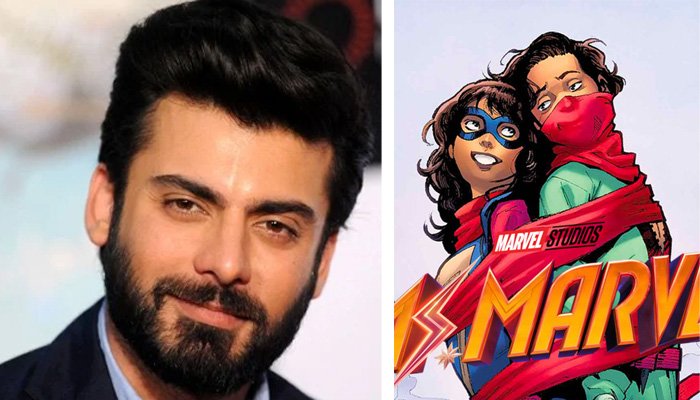 Will Fawad Khan be a part of Hollywood series ‘Miss Marvel’?

Haroon Rashid, a reporter for the British Broadcasting Corporation, has revealed this in a statement issued on Twitter.

According to the tweet, actor Fawad Khan will play the role of a Muslim boy named Hassan in Miss Marvel. Fawad Khan’s name is included in the cast list on the show’s official IMBD page.

Haroon Rashid said that so far no one from Marvel Studios has confirmed this but if this news is true then it will be very interesting.

According to media reports, Miss Marvel will also include Bollywood actor Farhan Akhtar who will play the role of a boy from Karachi.

It may be recalled that 16-year-old Iman Walani, a Pakistani-American, will play the lead role of Kamala Khan in the first Muslim Superhero Woman series to be made under the banner of Marvel Studios.