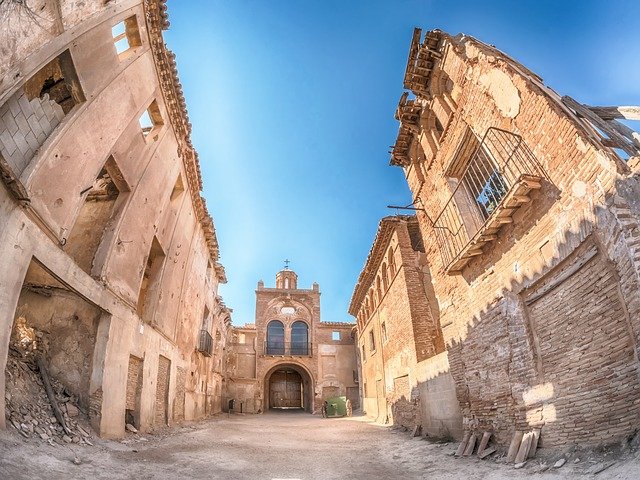 What If Civilization Collapses?

What If Civilization Collapses

What If Civilization Collapses? People are suffering. People are dying. Ecosystems are collapsing. We are at the beginning of mass extinction. He’s talking about economic growth. How dare you, if you were a time traveller, wouldn’t you want to see what’s happening on Earth in the next 100 years? Our civilization has faced enormous threats bush fires, earthquakes, floods, and hurricanes, and we continue to face lethal pandemics.

These dangers are so severe that several scientists are concerned that human civilization might collapse. It’s a horrifying thought. But what if it’s true? Is human civilization on the brink of disaster? How would it all unfold, and how long before it could all come to an end? This is what if, and here’s what would happen if civilization collapses.

In January of 2021, a paper published in Frontiers in Conservative Science states that we are on a sixth major extinction path. According to the authors, biodiversity loss, climate disruption, human consumption, and population growth will soon bring us to the end of civilization as we know it. And some physicists have calculated a 90 per cent chance that human society will collapse within decades.

So if we could see the future, how might these events unfold, and how long do we have until doomsday? Our starting point is covid-19. This pandemic has killed millions worldwide. Sure, we have all kinds of vaccines, but scientists predict more deadly pandemics are on the horizon because of our ecologically unsustainable lifestyles. Surface temperatures at the top 100 meters of the oceans have risen by one-third of a degree, endangering 25 per cent of biodiversity and marine life and bleaching about 30 per cent of the global coral reefs.

Could this affect the food security of millions of people or take our path forward is raising a lot of questions. So let’s keep going to find out. Glaciers are melting, raising global sea levels by 20 centimetres. Today, floods are already happening more frequently, and rising sea levels are threatening cities, towns and villages worldwide. This raises another question with the inhabitants of these places to have to move somewhere else. The numbers of mammals, birds, reptiles and fishes have decreased by 70 per cent, disrupting the food chain and ecosystems that affect our diet.

How could we sustain ourselves and the next generation’s pollution and consumerism deplete the soil and water, decreasing our air quality and affecting what we’re ingesting if the food we eat and the water we drink are polluted? You can bet our bodies will feel the brunt of it. Cancer deaths are steadily increasing, and they could rise even more with the deterioration of the environment. Would you be able to avoid getting sick? The world’s richest one per cent own half the wealth.

This extreme inequality could increase even more. This could cripple us by slowing down any measures that could help us to avoid humanity’s collapse. But if you’re still optimistic and think that somehow everything will be OK, then that’s great. But let’s see if you’re right. First, 70 to 90 per cent of coral reefs would die. Thousands of species and marine life would begin to go extinct. Add to this Earth’s increasing temperature, and it could trigger the loss of millions of tons of maize, wheat and soybean crops.

That would bring some parts of Asia, South America and Africa to starvation, forcing us to change our diets drastically. As ecosystem equilibrium breaks, nature could respond with infestations of insects that could impact our crops even more; millions of people who rely on fishing and agriculture would have to leave their homes to survive. An unprecedented mass migration would begin, maybe as several cultures already do. We would start to introduce insects into our diet as they would be plentiful and free.

Do you want to catch up with that? The Earth’s population would hit 10 billion by the year 2050; overpopulation and a shortage of resources would inevitably bring social tensions and poverty. Ocean creatures and thousands of other species on Earth would disappear. Sea levels would continue to rise; entire islands could be submerged, Japan, Indonesia, the Caribbean, and countless coastal areas worldwide would become history. These areas would have to move inland, intensifying the mass migrations already happening, and any preexisting conflicts could trigger wars between countries.

We’ve seen how refugees are being treated now. Imagine that, but hundreds of times worse. The lack of food and clean water could worsen and decimate our human population, we would face drought, famine, pandemics, and these catastrophic events would eventually affect everyone everywhere. And chaos would rule that could leave us with only a few thousand survivors, or it could lead us to total extinction. After that, what would the Earth look like? Human beings would leave behind abandoned civilizations and mountains of waste, mostly tons of plastic that won’t disappear for thousands of years.

And cities would change drastically due to the lack of maintenance. Without people to maintain them, sewers wouldn’t divert rainfall or rising groundwater. The subways in massive, sprawling cities like New York, London, Manila, Hong Kong and Mumbai could flood within hours. Unmanned nuclear plants could trigger leaks and nuclear meltdowns contaminating surrounding areas. Insects would take over farmland, cities and the wild. That could actually be beneficial for several other survivor species as the years go by.

Buildings would collapse from erosion and fire. Glass would probably go first, followed by metal structures that would rust and crumble. Stone buildings might weather, but they would still last for millennia, it would take millions of years for Earth to recover, but eventually, it would become more lush and diverse. New ecosystems would be in place with both old and newer species coexisting. Of course, this is only a prediction but just look at the things that have already happened and things that are happening now.

Is there a chance that our civilization could collapse in the next century? We need to take drastic measures against climate change right now, if we don’t, we could be trapped at home forever because outside would be too hot, too polluted, and there would be too many pandemics. Can you imagine what your life would be like if covid-19 never went away? Well, that’s a story for another. What if? Before you go on to the next hypothetical adventure, look at our What If one hundred books. You must have Encyclopedia of Imaginations, a beautiful collection of your one hundred favourite scenarios, amazing artworks and interesting facts, all in good old beautiful print and paper.