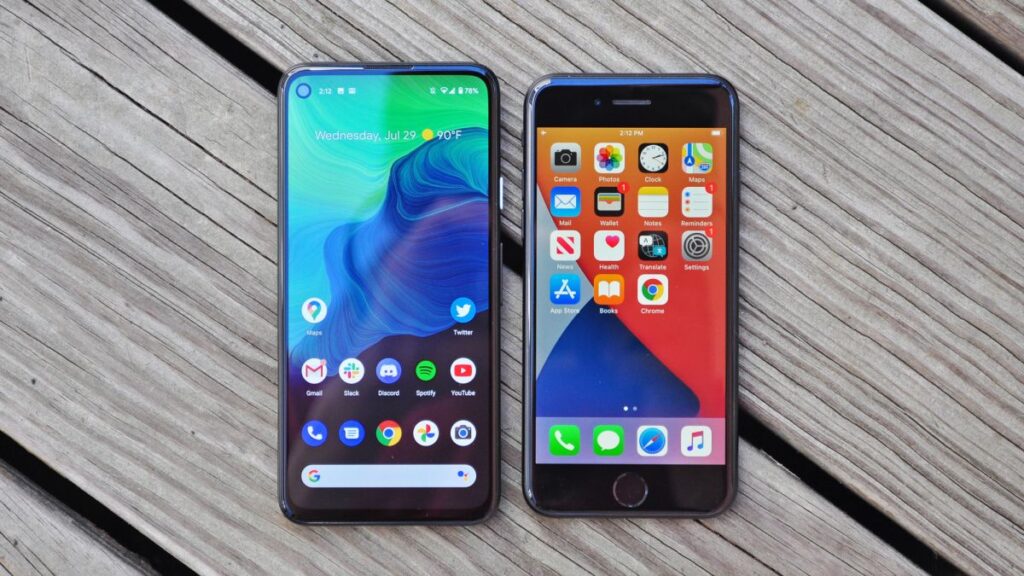 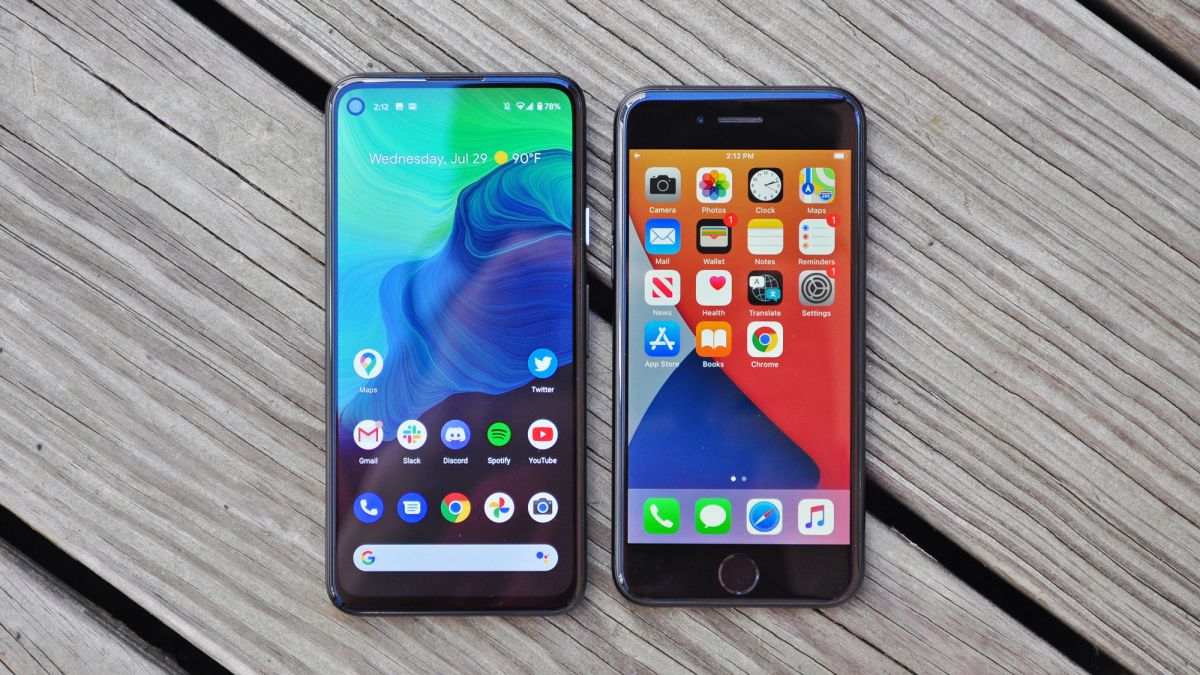 The best cheap phones will make you wonder why people spend $800 or more on a new phone. Based on our testing, you can get a very good smartphone for under $400 with all the features most buyers need, whether you’re an iPhone fan or prefer Android.

Those on a budget will find that the best cheap phones offer capable cameras, big-enough displays for watching video and playing games and enough battery life to get you through most of the day.

You do need to make some trade-offs in this price range, as you won’t always find the most powerful processors, the biggest screens or 5G connectivity. But overall you’ll be pleasantly surprised by what the best cheap phones deliver.

What are the best cheap phones?

The Phone SE is another great option for a cheap handset. Apple’s $399 phone includes a blazing fast A13 Bionic processor, very good rear and front cameras and a bright and colorful 4.7-inch display. And it’s all wrapped up in a compact design that’s waterproof and supports wireless charging.

If you want to spend even less on your phone, get the new Moto G Power, which features outstanding phone battery life for less than $200.

The best cheap phones you can buy today

The best cheap phone you can buy

At $349, you won’t find a better value than the Google Pixel 4a. Google’s latest budget phone recaptures all the things that made the Pixel 3a such a hit, but in a device that costs $50 less.

There’s just the one 12.2-megapixel rear camera as before, but Google augments that with some software smarts such as Super Res Zoom and Live HDR+. Many of the photographic features you’ll find in the more expensive Pixel 4 are on display here, and the result is some of the best photos you’ll see from a phone at any price.

The Pixel 4a can’t match the performance of the iPhone SE, but for most smartphone users, Google’s phone has enough processing power from its Snapdragon 730G chipset to handle most tasks. Throw in an attractive design, a bright OLED screen and 128GB of storage, and you’ve got a phone in the Pixel 4a that delivers a lot for a low price. The Google Pixel 5a is rumored for later this year, but that’s not expected until late spring at the earliest.

The iPhone SE 2020 is what happens when you make a cheap phone that isn’t cheap. For $399, this iPhone offers the same fast performance as the iPhone 11 and iPhone 11 Pro, thanks to is A13 Bionic processor. And that same chip gives the iPhone SE photography capabilities that most budget Android phones lack. This includes Portrait Mode for the front and rear cameras, Smart HDR and extended dynamic range when shooting videos.

With its 4.7-inch display, the iPhone SE is best for those who prefer smaller phones, but the screen is bright and colorful. You also get a Touch ID button for unlocking the device, Apple Pay and entering passwords, as well as a water resistant design. The new iPhone SE supports wireless charging as well.

The new iPhone SE is well made with its glass and aluminum chassis, but the bezels are on the big size. Plus, you don’t get the Night mode for the camera offered by the iPhone 11. But overall this is easily the best cheap phone yet.

A cheap phone with the best battery life

Only one Android update

A really long-lasting phone endures for more than 11 hours on our battery test. The new Moto G Power blows them away with a runtime of 14 hours and 4 minutes. That’s among he best phone battery life we’ve ever seen, which is really remarkable when you consider the Moto G Power costs under $250. (And there’s a $199 version if you can live with less RAM and storage.) But that’s not the only reason this Android phone made our best cheap phone list.

At 7.3 ounces, the beefy 5,000 mAh battery inside the Moto G Power certainly contributes to its weight. And the screen on this phone could be brighter. But overall the Moto G Power is easily one of the best cheap phones around.

You won’t find too many 5G-capable devices on the list of best cheap phones — 5G modems can be a pretty pricey add-on. And yet, here’s the TCL 10 5G UW, which can connect to Verizon’s super-fast 5G network while still costing you less than $400.

There’s more to 5G to explain the appeal of TCL’s phone. The 6.53-inch display, while a little dim, produces great colors and gives you a lot of screen real estate. The TCL 10 5G UW has the same Snapdragon 765G processor you’ll find in more expensive phones, delivering comparable performance. That 5G connectivity doesn’t impact battery life, either, as TCL’s phone lasted more than 11 hour on our battery test.

Comes with a stylus

You don’t have to spend big bucks for a phone like the Galaxy Note 10 to get a stylus with your handset. The Moto G Stylus costs $299 and there’s a handy stylus tucked right into the bottom right corner of the phone. While you won’t get S Pen levels of functionality, you will be able to remove the stylus and start jotting down notes on the Motorola phone’s screen, all without having to unlock your device. The stylus also can help you take screenshots and edit photos.

In many ways, the Moto G Stylus is exactly like last year’s edition of the Moto G Power. They’ve got the same screen size and processor, though the G Stylus comes with more storage and a bigger main camera sensor. The biggest tradeoff, though, is battery, where the Moto G Stylus makes do with a 4,000 mAh power pack. Even with the smaller battery, the G Stylus still lasted more than 12 hours on our battery test, making this a long-lasting phone for people who want a productivity-boosting stylus.

After last year’s successful Galaxy A50, Samsung’s new Galaxy A51 adds even more value for under $400, with its 6.5-inch AMOLED display, quad-lens camera that includes ultrawide, depth and macro shooters, as well as a generous 128GB of storage built in. We especially like the A51’s design; it’s made of plastic, but feels well built, and its full-screen proportions and slim bezels make a for a more attractive midrange offering than even the new iPhone SE.

Well, at least until you try to use those cameras to take shots in low light. The Galaxy A51 is a very pretty looking phone, though it suffers with camera quality and performance. Apps can sometimes take too long to open, and the device can get flustered when you’ve got a lot of things going on at once. Samsung’s latest budget offering isn’t quite as compelling all-around as the iPhone SE, Pixel 3a or Moto G Power, but it is a respectable choice nevertheless, especially if you want a large AMOLED screen for under $400.

A cheap phone with a great display

A cheap phone doesn’t have to look cheap. The TCL 10L features a design that plays down its bargain price while also sporting one of the better displays you’ll find on any phone. The TCL 10L’s 6.53-inch LCD panel showcases a wide array of colors, and TCL’s Nxtvision technology enables welcome features such as dynamic adjusting the screen’s color temperature and brightness.

Other parts of the TCL 10L don’t live up to the stellar example set by its display. Performance is about what you’d expect for a phone powered by a Snapdragon 665 chipset and battery life is average. That would be all right, but the similarly priced Moto G Power lasts more than 6 hours longer in our test. The TCL 10L’s four rear cameras also struggle with color.

Still, this is a very good looking phone, especially if you can get the TCL 10L in Mariana Blue. And at $249, you won’t have to pay big bucks to add a little style to your smartphone.

Great battery life for the money

The Samsung Galaxy A20 costs just $250 and gives you pretty good features for the money. This includes a 4,000 mAh battery that lasted a very impressive 13 hours and 46 minutes our battery test, a roomy 6.4-inch AMOLED display and solid dual rear cameras with Live Focus mode. Another plus is 15-watt fast charging; the Galaxy A20 got to 30% in just 30 minutes.

The Samsung Galaxy A20 is available through multiple carriers, including Verizon, Boost and Republic Wireless. However, there are some drawbacks at this price, including a design that can scratch easily and somewhat laggy performance from the Samsung Exynos 7904 CPU.

It won’t be out until this summer, but keep an eye out for the Galaxy A21, which will feature a 6.5-inch screen and quad-lens camera system.

How to choose the best cheap phone for you

Picking the best cheap phone can be tricky, because it’s really all about figuring out which trade-offs you’re willing to live with. But it’s important to start with the basics. Do you prefer a bigger screen? Opt for a cheap phone with a display over 5.5 inches. Those who want to use a phone comfortably with one hand will likely prefer a phone under 5 inches.

Next up is the camera. Budget phones will typically feature one or two lenses, but that’s starting to change. The megapixel count doesn’t matter that much; pay more attention to the capabilities of the camera. See if the phone can shoot ultra-wide shots, which is becoming more common on cheap phones. But don’t expect optical zoom; digital zoom is the norm under $400.

As for storage, 32GB is okay but 64GB is preferred for budget phones. And if possible see if that handset offers a microSD card slot for expansion. Battery life is a huge concern regardless of price, so check the battery capacity on the phone. In general, anything above 4,500 mAh is preferred.

While the TCL 10 5G UW means that 5G compatibility is coming to phones under $400, don’t expect 5G speeds as a rule. That’s likely to change in the coming year, now that 5G modems are included on chipsets aimed at cheaper phones. Lastly, check to see which carriers the phone supports. Ideally, the handset should work with both GSM and CDMA networks all the big four providers in the U.S.

How we test cheap phones

We evaluate budget-priced phones the same way we do flagships. We perform real-world testing and synthetic benchmarks over several days to evaluate it’s performance and value. This includes our own battery test, which involves continuous web surfing over cellular at 150 nits of screen brightness. The devices that make our best phone battery life list tend to last over 11 hours.

In terms of performance, we use Geekbench 5 to measure overall speed and compare versus phones in the same price range. And the same thing goes for GFXBench for graphics testing. We also perform our own video editing/transcoding testing using the Adobe Premiere Rush app to gauge real-world speed.

For evaluating cameras on cheap phones, we will take multiple photos in different conditions and will use other affordably priced phones in the same scenarios in order to make side-by-side comparisons.

to the US, Canada, Mexico, China & Romania

Unlimited 2G after 25GB of 4G LTE data use