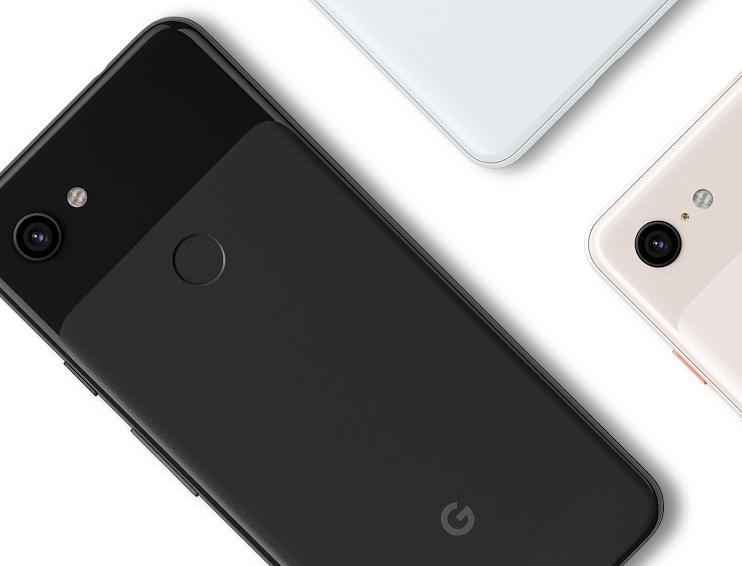 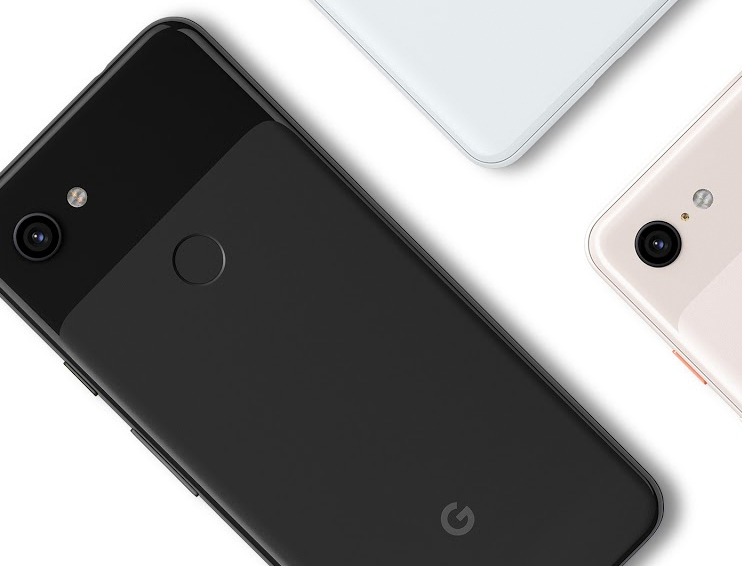 It might seem like blasphemy, but you don’t need to spend $1,000 to get a quality smartphone. In fact, you don’t even need to spend over $600 to get your hands on a great phone. You must be thinking that the cameras are trash or they are slow as molasses, but that isn’t the case either. Phones like the Google Pixel and Pixel 3a have incredible cameras and are very affordable. In fact, the best budget Android phones have virtually all of the features you would find in more expensive smartphones, all for less than $600.

Before you turn a cold shoulder to the idea of a budget android phone, consider the following:

Plus, now that Apple has released a budget iPhone, many Android phone makers are rushing to release stronger options in the sub-$500 market. So don’t think that budget android phones aren’t worth a second look. There are some great deals out there for budget Android phones, and you won’t lose out on a ton of quality features. Before you rush to Best Buy to drop your paycheck on a new phone, check out some of the best budget cell phones below and save yourself some cash. Who knows, for a birthday or otherwise, you may even find one that makes a great tech gift.

Below are our picks for the best budget Android phones.

When ranking the best smartphones of 2020, the new Google Pixel was a no-brainer alongside the latest Apple iPhone models. Yes, it is a hair more expensive than other budget smartphones on this list, but this is easily the best Android phone for under $500. The Pixel 4a comes with the exact same camera as the Pixel 5, which may not be as good as the absolute best smartphone cameras from the likes of Apple and Samsung, but it still compares favorably. This 5.5-inch OLED looks sharp, clear and simply fantastic. And the nice thing about owning a Google phone is the constant updates. You’ll continue to get the latest software for your phone, so even though it’s a budget buy, your software will remain new. With constant software updates, a great camera and better processing speeds than every other budget phone, you’re basically buying a premium phone for budget pricing.

Right now, you can buy the Google Pixel 4a for under $350, about one-third the price of a new iPhone. This smartphone is the top-selling unlocked cell phone on Amazon, and for good reason. This isn’t just the best budget Android phone, it may be the best cheap cell phone, period.

On a single charge, the Moto G Power will last a whopping 18 hours. That’s pretty incredible considering many of us are reaching for a charger midway through the day. Beyond battery performance, the Snapdragon 665 chip along with 4GB of RAM isn’t as impressive as the TCL 10 Pro, but still snappy with little lag time when opening apps. The three-camera system does well in good lighting with some minor edge noise. Low-light photos show more noise than phones with better cameras, but for $250, it’s hard to complain, especially considering the exceptional battery life.

Although you might recognize TCL primarily as a TV manufacturer, it’s first budget smartphone release is actually quite impressive. With 6GB of RAM, applications run quickly without being laggy or bogged down. But the real selling point here is that you can get a 5G phone that takes advantage of Verizon’s full-spectrum, ultra-wideband mmWave network for under $400, which is something no other phone can boast. So if you’re interested in using your phone as a full-on wi-fi hotspot, or simply just want better mobile internet performance, this is definitely the best budget Android phone to look at.

From afar, the A51 looks like an S20 that costs significantly less. This budget Android phone sports a vibrant OLED display with great color saturation and brightness. Move past the display and you’ll find a four-camera system on the back of the phone, albeit, without the S20’s signature zoom. The camera has been reported to suffer from blurring issues if you don’t keep the camera as still as possible, but overall, the camera performance is solid. And for those who are yet to cut the cord, there’s still a headphone jack included on the phone, which is a welcome addition. Even better, if you buy now, you can get the Galaxy A51 and wireless Galaxy earbuds for under $500, which is truly a steal, even for a cheap unlocked smartphone.

On the lower-end of the Samsung A family spectrum (compared to the A51) is the A11. The LCD Infinity O display isn’t as sharp, nor is the triple rear camera as clear. The fingerprint scanner is on the back of the phone for a little added security, which is a nice touch. Overall, if you can’t spring for an S20, or even an A51, the A11 allows you to stay loyal to Samsung and get one of the best cheap Android phones under $200.

Fans of smaller handsets will appreciate the 5.5-inch display that is comfortable to hold and handle with one hand. Its Snapdragon 435 chip along with 2GB of RAM make it noticeably slower than more expensive budget Android phones, and it’s frankly sort of weird to see a micro USB charging port instead of USB-C at this point, but the battery life will last you all day. This could serve as a great first cellphone for those entering their teenage years, considering the low cost.

When you can’t quite spring for the G7, consider the G7 Play, a brand budget option like the Pixel 3a or iPhone SE. It has plenty of perks including a fingerprint scanner on the back, great 15-hour battery life and a headphone jack. It does have less RAM than the G7, so performance is slower, and the cameras, especially in low light, have pretty bad distortion and noise issues. But when you want to stay under $200 for a cheap smartphone, it’s a pretty decent mobile device, all things considered.

With a slightly bigger screen than the G7 Plus and improved camera setup, the Moto G8 made minor tweaks to its predecessor’s already excellent design. The wide-angle camera is actually used to film horizontally while holding the camera vertically, which is a pretty GoPro-esque feature. Beyond the camera and aesthetics, the G8 boasts a lengthy two-day battery life on a single charge. If you feel like upgrading from the G7 to G8, it’s worth it, but if you want to save a little extra coin on a great budget Android phone, nothing is wrong with the G7, which is why it’s ranked higher.

The OnePlus 6T was one of the best phone offerings from the company in 2018, and the 7T improves upon that fantastic budget Android phone in just about every way. It has a great display with a speedy 90 Hz refresh rate, making for smooth and crisp viewing. The cameras are also improved upon with three located in a circular design on the back of the phone which helps to deliver great pictures for a budget offering. If you can go without a headphone jack and wireless charging, this is a hard budget Android phone to turn down. Best of all, OnePlus recently dropped the price by $250. Now that it’s priced at just $350, it’s easily one of the best cheap Android phones for sale in 2021.

Courtesy of One Plus

A generation removed from Google’s latest smartphone, the Pixel 3 XL is still a worthy option for a budget smartphone. It has a seriously impressive camera, great voice assistant features, and a large 6.3-inch screen. We prefer the Pixel 3a for the more affordable price, but if you want a larger phone with comparable features, the Pixel 3XL is worth a look.

The Moto G7 boasts a large LCD that looks sharp, albeit a little dimmer than the Pixel 3a. The tiny notch atop the display maximizes real estate, making the screen feel huge. There are multiple cameras on the back that take decent pictures unless the lighting is bad, then your pictures will come out dark and grainy, a typical issue with budget phones.

The best features include Moto Display and Actions, which let you see and clear notifications by using hand gestures without ever touching your phone. It has plenty of processing power, but Motorolla doesn’t send out constant software updates — maybe one or two a year — which can make your phone underperform over time. Otherwise, this is a good option for a solid phone that’s inexpensive.

The look and feel of the Nokia 6.2 gives you the impression that it’s anything but budget. It has a 6.3-inch full HD+ display and a glass back that makes the phone feel closer to a premium option. Beyond looking great, it also comes with some nifty features like NFC for quick Bluetooth connection to NFC-enabled devices and contactless payment options like Google Pay. There’s also a dedicated Google Assistant button to easily speak commands to your phone.

Nokia provides a clean Android experience and doesn’t overwhelm you with bloatware or ugly skins, so navigating through the OS is almost as nice as the Pixel 3a. The one major downside is the phone is only available on AT&T and T-Mobile carriers. If that’s your phone carrier, this is a wonderful option, but if not, we suggest the Moto G7 or Pixel 3a.

The Samsung Galaxy A50 is one of the best Android budget phones from Samsung. The phone has a great 6.4-inch AMOLED display that looks vibrant and sharp and a triple-camera setup on the back that produces solid quality pictures, especially for a budget phone. Even though it has more cameras, it still can’t match the photo quality of the Pixel 3a, which is the best camera of the group. Still, you’ll be able to snap pictures and play on your phone all day with the A50’s impressive battery life. And getting in and out of your phone is simple with the in-screen fingerprint scanner. This adds an extra layer of security that we don’t often see from budget phones. Samsung did a great job with this budget option and it is well worth the money.

The Nokia 7.2 is a great option for those who are clumsy by nature. The Nokia 7.2 has a polycarbonate frame and a gorilla glass display that was built to withstand a bit more punishment than your average phone. That being said, you should still go get a case, don’t be foolish. But the phone’s features are as impressive as its durability. Nokia uses Android One on the 7.2, which is a delight to navigate and runs fast on less powerful hardware because it doesn’t have any annoying bloatware or skins. It also gets regular security updates and two or more major updates a year.

On the back of this impressive phone is a triple-camera setup that takes good wide-angled photos, so you can squeeze all your friends into that selfie. But if your phone carrier is Sprint, unfortunately, you’ll need to look elsewhere for the best budget phones. It works only on major carriers Verizon, T-Mobile and AT&T networks.

PhoneSoap Sanitizes (And Charges) Your Phone, Killing 99.9% of Germs