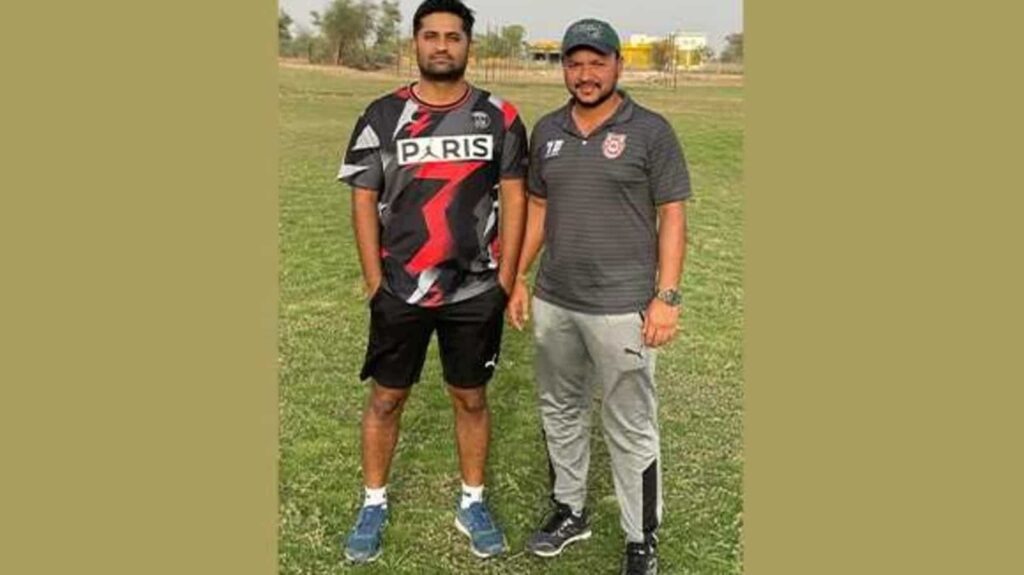 Corruption has become linked with sports administration in India. A vast majority of India’s sports officials were already convicted of corruption, whether it’s cricket, hockey, or weightlifting. The lack of infrastructure and restricted access to just a few elements of society has had a negative impact on sports activities and athlete success because infrastructure is needed for training and game organization.

We’ll talk about a guy who, along with some trainees, has accomplished fantastic job. Our country is grateful to have him as a good example.

Pradyot was already working in a bank, and Shahrukh got a proposition for employment also. Pradyot’s companion encouraged them to launch a cricket academy since he realizes the amount, they appreciate the game. They went on a land chase to discover an area for the foundation, yet they didn’t get the right land. In any case, following a couple of months, he got a little land from a friend.

They were cash-strapped. Their family were enraged, and society used to make fun of them. The academy was established in about six months, and you’ll be surprised to learn that Pradyot and Shahrukh, along with their trainees, used to work as labourers because they didn’t have much money. Some time they use to ate only one samosa a day on several moments, and on a few times, they worked empty stomach. They used to work hard to create a cricket academy so that the children could receive good training and better instruction.

Their troubles didn’t end when the academy opened! Just six children come to play, and most of them were unable to pay the fees. He and Shahrukh took on all of the children’s expenditure (such as shoes and clothing) and now they train more than 150 players.

Such trainees were lucky enough to have Pradyot and Shahrukh as their mentors. The trainees realized that their mentors have done so much for them, and it is now their responsibility to repay them with successful performance. Pradyot and Shahrukh used to bring sponsors for the trainees in order for them to obtain help. They took the trainees to a play in Mumbai with any cost, and now they are going to play international in South Africa and Dubai.

Ravi Bishnoi, the first player from their academy to play for India’s under-19 team, was bought for 2 crores from Kings XI Punjab. Bhanu Pania is playing for Baroda, Sahil Bhaskar has won Rajasthan’s best cricketer trophy and has been selected for the under-16 bowling camp, Sawai Choudhary and Shoaib Khan are both playing for Rajasthan. Many students performed admirably and reflected well on their coaches and academy.

Pradyot and Shahrukh knew that the Rajasthani students had a lot of potential; all they needed was some guidance and encouragement. He and his team merely attempted to provide them with assistance so that they could shine brightly with their talents. These types of coaches are required in India so that gifted trainees can find the right direction to follow with their abilities.