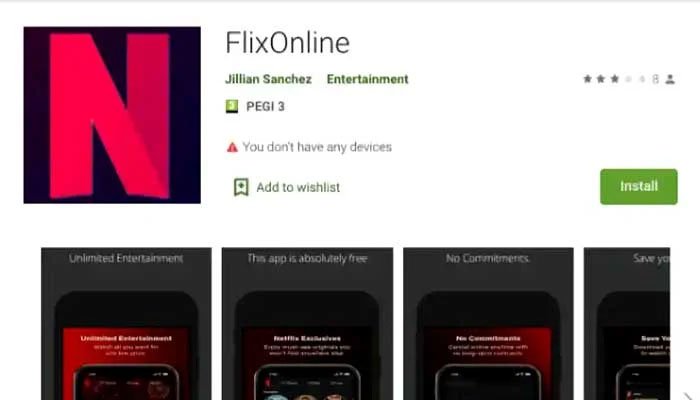 The National Information Technology Board has warned all Android users of the dangers of malicious software through a fake Netflix app called Fix Online.

A tweet from the National Information Technology Board said on Twitter that a fake Netflix app called Fix Online should not be downloaded, as it transfers your device to a malicious file.

The tweet added that never use an unreliable app or app, be vigilant and be safe.

Stay updated with @NationalITBoard Malware alerts”
Do not download the Netflix app name Flixonline, it transfers a harmful file to your device. Never use any untrusted APP or APK. Stay alert & stay safe!#SecurityBreach #CyberAttack pic.twitter.com/iDfSshEFag

The hashtag “National Breach and Cyber ​​Attack” has also been used in the tweet by the National Information Technology Board.

The image shared in the tweet explains the malicious computer software, saying that the malicious software in question is the software in the Google Play Store, which is automatically downloaded to the user’s WhatsApp. Replies to incoming messages send harmful files that affect the phone.

The tweet added that users should not download the Fix Online app and delete it if they have already done so.