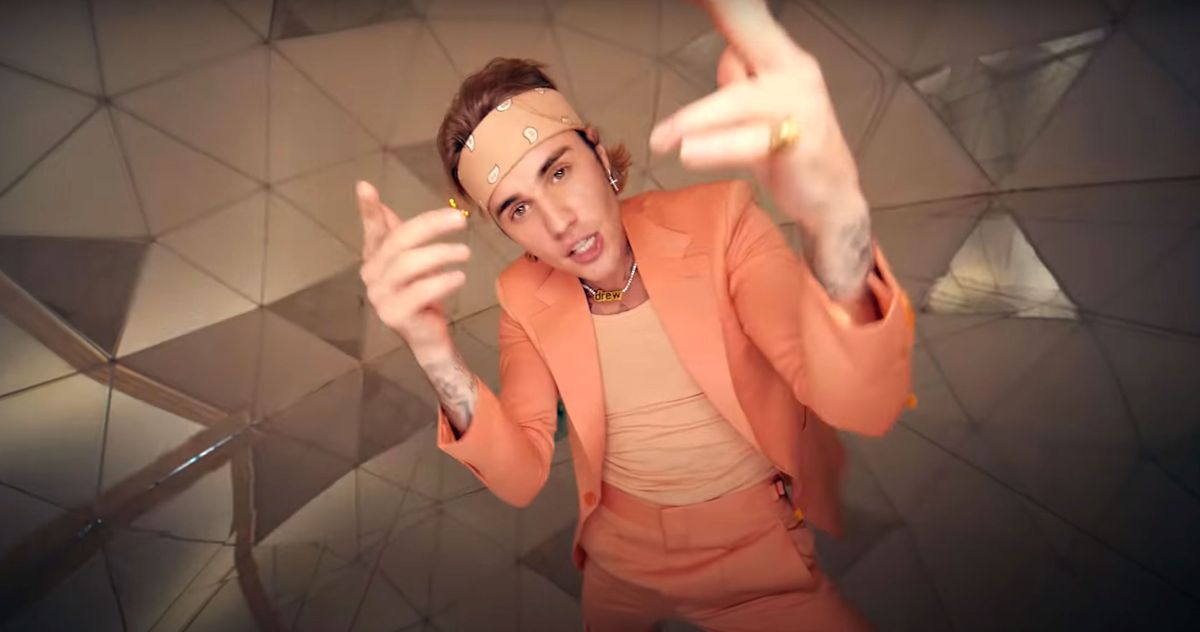 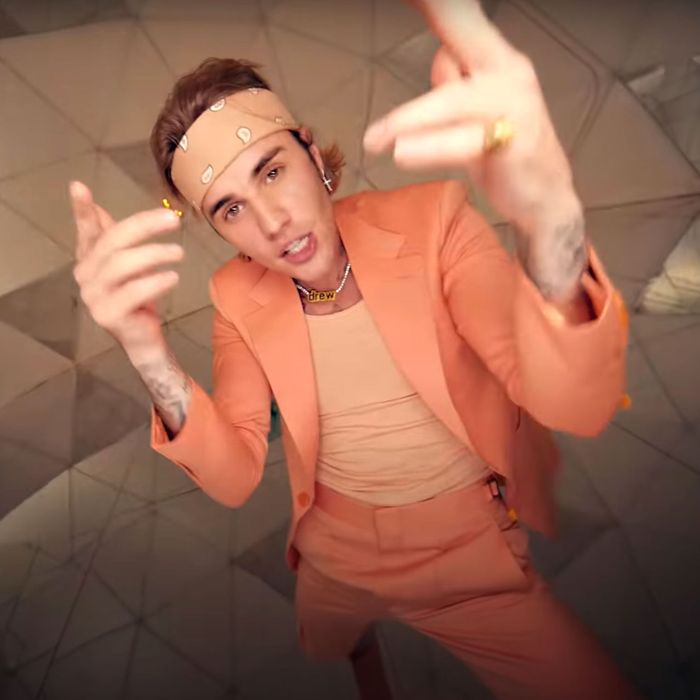 Justice is a smooth (sometimes too smooth) album about the work love requires, and the most mature thing in Bieber’s catalogue. Photo: Youtube

This time a year ago, Justin Bieber was preparing to take his then-latest albumon the road for a three-month string of stadium shows, covering venues along the east and west coasts, the South, the Midwest, and big cities in Quebec and Ontario. Changes, a collection of R&B love letters conveniently released on Valentine’s Day, was a commercial success led by its almost chart-topping single, “Yummy.” Still, there was much to prove. The tour for 2015’s Purpose, which crisscrossed continents from between winter of 2016 and the summer of 2017, ended two months early when the singer abruptly canceled 14 dates. A statement from his longtime manager Scooter Braun said, without getting into specifics, that Bieber’s “soul and well-being” needed to come first for an indefinite amount of time. “I want my career to be sustainable,” the singer explained in a note he posted to Instagram later that summer, “but I also want my mind, heart, and soul to be sustainable.” This was alarming; the team doesn’t take time off lightly. Since his earliest chart successes, Justin Bieber has always been either in go mode or off putting out fires in his personal life. His My World tour, memorialized in the 2011 concert film Justin Bieber: Never Say Never, ate up most of 2010 and 2011. “Boyfriend,” the lead single for 2012’s Believe,was released shortly after his 2011 holiday album Under the Mistletoe. The Believe tour ran from fall 2012 to winter 2013, when the Justin Bieber’s Believe concert film and the “compilation” album Journalsdropped. A DUI arrest in early 2014 initiated a year of turmoil as disconcerting run-ins and revelations tarnished the singer’s image to the extent that the Day-Glo dance party Purpose, released in 2015, seemed to acknowledge in songs like “Sorry,” “Mark My Words,” and “I’ll Show You” that the intent was to prove to us that he could get through another cycle without incident. For 18 months, it worked.

In the downtime between the end of the Purpose tour and the release of Changes, Bieber was diagnosed with Lyme disease, a debilitating bacterial infection with a formidable array of symptoms spread through contact with ticks. So, the Changes tour needed not only to prove that the erstwhile teen star still had the juice to fill out the biggest concert venues in North America but also to show that he was in the right place in both body and mind to handle the rigors of another battery of shows. What happened next is a matter of public record: A global pandemic hit. Venues shuttered. Tours were canceled. Nightlife crumbled. Jobs evaporated. Legends passed away. Artists decamped to their homes and studios to regroup. Records like folkloreand How I’m Feeling Nowaddressed the sudden, unplanned claustrophobia. Justin Bieber, who’d already planned on being active all summer, got right back to work, sharing studio updates on new songs in April and cutting tracks in L.A. that we’d begin to hear in the fall. “Holy” balanced the singer’s secular and spiritual interests more deftly than Purpose’s drippy “Life Is Worth Living”; “Lonely” took us inside the mind of a teenager projecting perfection on the world stage, revealing the pressures that had caused him to self-destruct throughout his chaotic early 20s. In late October, the YouTube documentary special Justin Bieber: Next Chapter, a follow-up to early 2020’s revelatory series Justin Bieber: Seasons, explained that the drug issues were worse than we thought, and at times, he’d seriously contemplated suicide. Watching the doleful “Lonely” video together on a couch, Bieber and his team reflect on their turbulent windfall: “If I could do it all over again, I would’ve had you in therapy day one,” Braun says.

Steadying Bieber in this decade are commitments to faith, love, and therapy, though there are those who bristle at the married youth-pastor vibes he emanates now as much as the TMZ headlines of his bad-boy days. Mixed reviews for Chance the Rapper’s monogamy-centric album The Big Day and the minting of a new type of guy whose entire personality seems to revolve around expressing his being married, coupled with contempt for edgy Evangelicals exacerbated in part by the community’s proximity to right-wing politics — as evidenced in the last year of Kanye West antics and also by scandal in Hillsong, the hip church Bieber left after its streetwear-loving pastor Carl Lentz was removed for nebulous reasons in the face of rumors of marital infidelity — have complicated perceptions of Christian pop stars. It’s smokier now, and Bieber can sense this, because Justice, the product of those West Coast recording sessions last summer, arrived last week with fragments of speeches from Martin Luther King Jr. and a stated goal of creating awareness about social-justice issues relevant to the times. These are noble aims, but they’re also bigger checks than the music of Justice seems prepared to cash. Cut the intro and interlude, and you’ve got a smooth (if occasionally too smooth) album about the work love requires, the most mature thing in Bieber’s catalogue, and — for better or worse — as shrewd of a move to reposition himself at pop’s center as the EDM/R&B blends of Purpose.

What’s pop’s core in the early 2020s? It’s mushy. It’s slight. It’s bubbly, easygoing bops. It’s big ballads. It’s carefree trap jams. It’s BTS’s “Dynamite”; it’s Megan Thee Stallion and Cardi B’s triumvirate of No. 1’s, “Up,” “WAP,” and “Savage”; it’s viral TikTok smashes like Olivia Rodrigo’s “Drivers License.” This is all a far cry from the rave-ready, festival-tent adjacent dance-pop hybrids popular half a decade ago, the last time Bieber made a concerted effort at a pop album. (Bieber bristling at Changes being nominated in pop categories at the Grammys reveals a deliberate intent when it comes to genre. It’s also worth asking why, when it comes to Grammy contention, Justin’s “Yummy” and Post Malone’s “Better Now” are pop songs, but Drake’s “Laugh Now Cry Later” and Roddy Ricch’s “The Box,” equally melodic tracks sung in speedy cadences over trap drums, aren’t.) Justice dabbles smartly and intently and expands the singer’s horizons at the cost of pacing and sequencing issues and a little too much filler.

Bieber sounds better adjusted than ever, but the music he’s made this time feels a little reserved. The more chances Justice takes, the better the payoffs. During the adventurous stretch between “Ghost” and “Loved by You,” the album zips through synth-pop, Soulection-esque funk, dancehall-tinged EDM, and rock-infused Afrobeats. By the time you get there, though, you’ve already heard ten songs, and pinged and ponged between major- and minor-key guitar and piano hooks that sometimes lead to impressive choruses but sometimes seem content to swim in the gravitas of a moody series of chords. The Khalid collab “As I Am” fools you into thinking it’s another muted ballad before knocking you over the head with a massive drop; “Unstable” drowns an impassioned verse from TikTok star and Juice WRLD protégé the Kid Laroi in morose chords that don’t go anywhere. “Ghost” breaks unexpectedly into an acoustic singalong in the middle; “Lonely” is just keyboards and feels. What’s most notable about Justice is the ’80s pop-rock aesthetic. “Die for You,” featuring Florida polymath Dominic Fike, slips slyly between segments recalling Michael Jackon’s “Beat It” and Police hits like “Don’t Stand So Close to Me.” “Hold On” and “Somebody” revisit New Wave’s metamorphosis into sophisticated adult contemporary pop. “Deserve You” shows shades of Peter Gabriel’s “In Your Eyes,” a great analog to the world-traveling, Christ-conscious, pop-savvy balancing act Bieber’s after on this album but also a pair of shoes Justice is too light to fill.

Borrowing in popular music is acceptable as long as what you’re selling is catchy enough to stand alongside the source material, or in cases where musicians employ sounds on loan from other cultures, as long as it’s respectful and it seeks players with authentic experience. Justice struggles a little with the first bit but minds the second. Many of these retro genre jams are fun enough to excuse the obviousness of their antecedents, though some aren’t, but Bieber makes damn sure to bring a few experienced artists along the further out from pure pop he ventures. Burna Boy is a joy on “Loved by You,” where Skrillex again laces the African giant. Dancehall veteran BEAM steals the show on “Love You Different.” Long Beach singer Giveon sings sweetly on “Peaches.” (Are these appearances on this hotly anticipated mainstream release a bit of transactional mirth, trading cool points for guaranteed exposure in a North American pop field of play, where an international superstar like Burna isn’t yet the Billboard Hot 100 force he deserves to be? Are these cultural exchanges part of Justice’s mission? Who can say?)

Consistent amid the hairpin shifts in style that Justice throws the listener from song to song are Bieber’s slick vocals and earnest, honest lyricism. The melodies he’s singing now are adventurous and assured, tiny monkey-bar workouts for his breathy tone and smooth falsetto. (In his NPR Tiny Desk Concert show, he’s unshowy but precise, not prone to improvisation but also not prone to miss the note.) From opener “2 Much,” where the singer is so excited about the next day’s quality couple time that he almost hates having to go to sleep, to the personal reckoning of “Lonely,” the album’s core focus is making a relationship last, and achieving its goal by becoming a better person. “I’m praying that I don’t go back to who I was,” Bieber sings on “Deserve You.” “I wish that I could change myself,” he muses in the chorus of “Loved by You.” As was the case with Purpose songs like “Sorry” and “I’ll Show You,” it feels like Justin Bieber is singing not just to a significant other but also past her into the audience. He’s coming to terms with the differences between who he once was, who he is now, and who he wants to become. He’s reflecting on an unusual adolescence, pledging not to repeat the mistakes made when he spun out of control as he got older, and, in his late 20s now, imagining how peaceful his 30s can be if he continues to work on himself.

Justice is deeper and more personal than the primarily carnal concerns of the last album, though no less universally relatable. You don’t need to be a TMZ staple to get the shame spirals of “Deserve You” or to have played arenas around the world at 16 to get the daunting isolation of “Lonely.” Since “Baby,” Bieber has struggled with making music that feels modern, familiar-enough, and also lived in, sometimes sacrificing the feeling that he was singing about his own circumstances for messages that unite arena audiences. This made the better bits of juvenilia on Believe connect and the horny innuendos of Journals and Changes enjoyable, but lost in the odes to whatever ineffable “you” he was singing to was any understanding of the person on the other side of the mic. Purpose was evolution via necessity; he’d been in the news behind a lot of powerful mess, and there was much to explain. Part of what made the Changes lead single “Yummy” a shock to people who didn’t care for it was the bone-dry simplicity of it. Here was someone who, a cycle ago, had wowed us with redemptive songs that were also dance-floor bangers now just sailing out pickup lines, besting the era where he maybe compared a vagina to a Ziploc bag by not even finishing the sex metaphor, letting you surmise what the titular “yummy” was. On Justice, Bieber is growing and addressing an audience that has also grown since the swoosh-cut days. It feels like we’ve met him for the first time.