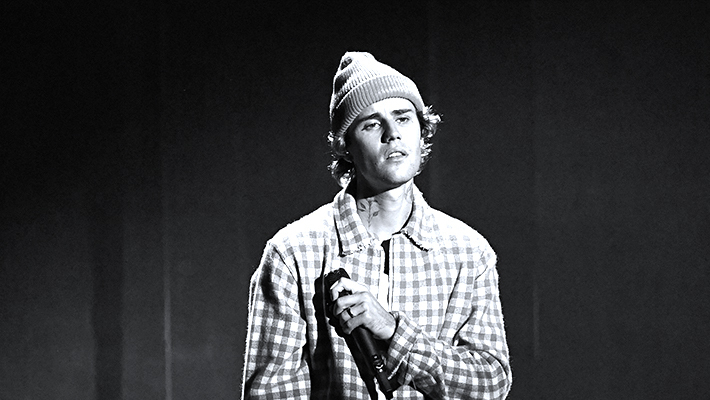 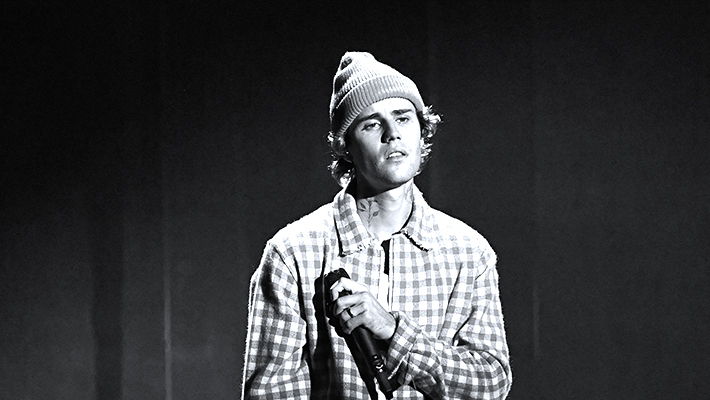 Who would’ve thought Atlanta would predict the entirety of Justin Bieber’s trajectory? A 2016 episode of Donald Glover’s popular FX series provides a cynical take on the pop star’s career: portrayed by Black actor Austin Crute, the fictionalized Bieber reveals the “real Justin” to a sea of reporters while exclaiming his love for Christ and introducing a single from his new album — aptly titled Justice.

Whether it’s merely a coincidence or a Simpsons-level peek into the future, it’s a spot-on reflection of Bieber’s 180 spin, from tortured teen star to content husband who solely lives for his wife and Christ. 2020’s fifth-career album Changes, released five years after Purpose, was meant to be a comeback following an infamous string of downfalls that scattered TMZ’s homepage. But it was ultimately marred by critics, as its stellar R&B-lite moments were overshadowed by tinny synths and too much emphasis on Bieber The Married Man.

For his new album Justice (released on March 19), Bieber makes it very clear that the honeymoon phase still isn’t over three years following his marriage to Hailey Baldwin. Unfortunately, Justice fails to honor the singer’s newly realized path to redemption.

The album opens with Martin Luther King’s famous statement “Injustice anywhere is a threat to justice everywhere,” lifted from a 1963 letter during his stint in a Birmingham jail, which leads into “2 Much.” The song is actually a beautiful piano-laden ode to Bieber’s wife, yet its meaning is completely disjointed when paired with Dr. King.

The honored civil rights leader inexplicably makes another appearance on Justice’s “MLK Interlude.” Derived from a 1967 sermon titled “But If Not,” the track preaches about fiercely standing up for what you believe in: “If you have never found something so dear and so precious to you that you will die for it then you ain’t fit to live.” Standing on its own, Dr. King’s words are a powerful mission statement. But his presence on the record is quite jarring; it’s less a call for equality and more of a messy rephrasing for bettering one’s (in this case, Bieber’s) life.

Pushing the confusing racial undertones aside, Justice is a journey back to 2012’s Believe, with Bieber exploring the synth-driven sounds that initially skyrocketed his career. But rather than the EDM-pop that marked the early ‘10s era, the singer goes full ‘80s dance with sprinklings of ‘90s adult contemporary. It’s all captured on Justice’s neon-splashed artwork, with Bieber looking contemplative as he kneels in the middle of a freeway. The art is vaguely reminiscent of Alanis Morrisette’s Jagged Little Pill, Savage Garden’s Truly Madly Completely: The Best Of Savage Garden, Madonna’s True Blue, and Soft Cell’s Non-Stop Erotic Cabaret. But once you step inside the album, those thrilling inspirations fall flat.

“Holy,” featuring the preachy frequent collaborator Chance The Rapper, is a diluted attempt to recreate Bieber’s religious renewal as a Hillsong Church attendee. “Die For You” too closely follows the retro path of The Weeknd’s chart-dominating After Hours, with Bieber putting his passion for Hailey into overdrive while his vocals blends into guest artist Dominic Fike’s own. The “Ghost” memorial leans into the aforementioned adult contemporary genre with its radio-friendly acoustic guitar riffs, while the Khalid-assisted “As I Am” is a formulaic recreation of Believe’s poppier moments.

But there are songs that find Bieber at his brightest. The equally vibrant and motivating “Hold On” will satiate the diehard Purpose fans, as the singer perfectly taps into his Top 40 pop magic. “Deserve You” is one of the album’s most tender moments (its heartwarming melody is slightly reminiscent of R&B group Ruff Endz’s 2002 “Someone To Love You” single), while “Loved By You” showcases just how versatile Nigerian star Burna Boy remains when he steps away from his Afrobeat foundation. “Peaches” is the main highlight (the NPR “Tiny Desk” version is a must-watch), the most R&B-driven single that picks up where Changes left off. Its breeziness compliments Bieber’s sonic effortlessness, albeit could’ve been made stronger if guests Daniel Caesar and Giveon were substituted for artists who both better represent the song’s mentioned locations and the song’s flow: Atlanta’s 6lack, Los Angeles’ Miguel, and fellow Canadian Partynextdoor.

“Lonely,” the album’s closer and its second single, is one of Bieber’s more vulnerable songs. Co-written and produced by Benny Blanco and Finneas, it’s a raw insight into the struggles caused by instant fame. It’s admittedly become a bit watered down due to its appearance in Samsung commercials, but lyrics like “Everybody saw me sick and it felt like no one gave a shit / They criticized the things I did as an idiot kid” are still an emotional gut-punch.

Sure, being madly in love with your dream girl is a beautiful thing. But Bieber would’ve been better off finding justice for himself if, like on “Lonely,” he continued to turn the mirror on his own growth.

Justice is out now via Def Jam. Get it here.