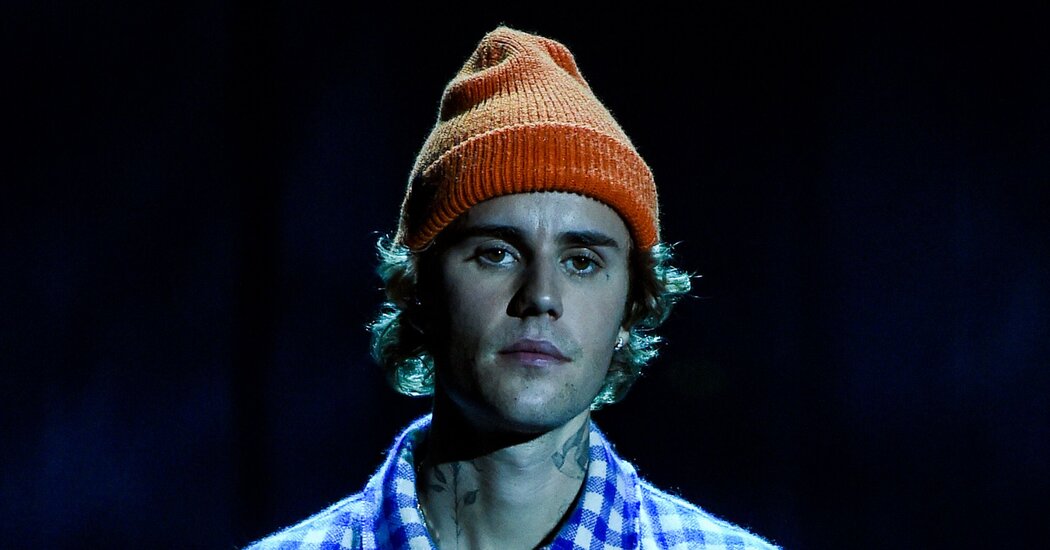 After 10 weeks of domination by the country singer-songwriter Morgan Wallen, the Billboard album chart has a fresh champion: Justin Bieber.

Bieber’s new album, “Justice,” opened at No. 1 with the equivalent of 154,000 sales in the United States, including 157 million streams and 30,000 copies sold as a complete package, according to MRC Data, Billboard’s tracking service. It is Bieber’s eighth time in the top spot; at 27, he is the youngest solo artist to achieve that feat. (Elvis Presley was rounding 30 by the time his “Roustabout” soundtrack topped the chart, in early 1965. The members of the Beatles were all 26 or younger when “Yesterday and Today” became their eighth No. 1, in 1966.)

Bieber also takes the top spot on Billboard’s Hot 100 chart with “Peaches,” the fifth single from “Justice,” after a long marketing campaign that began in September.

The No. 2 album this week is also new: Lana Del Rey’s long-awaited “Chemtrails Over the Country Club” debuted with the equivalent of 75,000 sales.

Wallen’s “Dangerous: The Double Album,” which came out in early January, became a streaming blockbuster — still a rarity among country releases — and has ruled the chart ever since, surviving an industry rebuke after Wallen was caught on video using a racial slur. Wallen held on through a combination of fan loyalty and a lack of serious competition. This week, “Dangerous” falls to No. 3.

The arrival of new albums by two boldface-name artists heralds a change on the chart, and the return of a more competitive release schedule. Many artists held off from releasing new music over the winter, in part over uncertainty about this year’s touring prospects. But with a return of concerts looking more likely this summer or fall, albums are beginning to flood the market. New titles from Carrie Underwood and the rapper NF are already out, to be followed soon by releases from Demi Lovato, Taylor Swift and many others.

Also on the album chart this week, Pop Smoke’s “Shoot for the Stars Aim for the Moon” is No. 4 and Dua Lipa’s “Future Nostalgia” is No. 5.