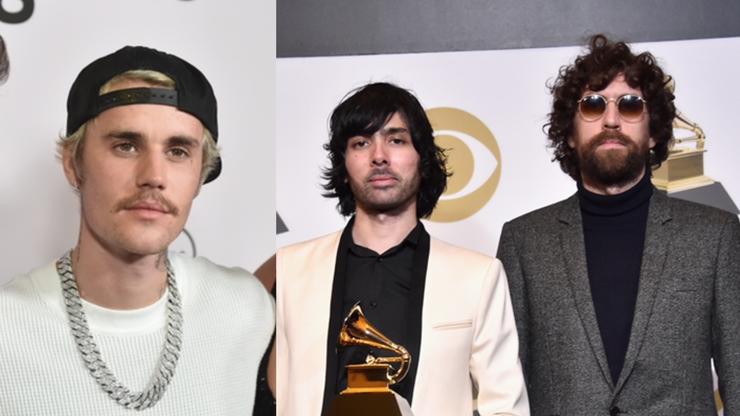 While some skeptics may be quick to jump to the conclusion that the Grammy-winning electronic dance duo (consisting of Gaspard Augé and Xavier de Rosnay) is merely pursuing legal action because of Justin Bieber’s album title, the cease-and-desist letter is mainly focused on the “Holy” singer-songwriter using a replica of the duo’s iconic logo, which notably transforms the “t” in the word’s spelling into a large cross.

According to Rolling Stone, Justice’s team was shocked to see a slightly modified version of their logo plastered on Justin Bieber’s new album cover when the singer announced Justice on February 26. In their cease-and-desist letter, Justice’s legal team presents receipts that show Justin Bieber’s team contacting them to get in contact with the graphic designer behind Justice’s logo, but although they attached a photo of Justice’s logo as a reference, they never mentioned anything about the album. Now, Justin Bieber’s alleged rework of Justice’s logo will appear on his new album’s artwork as well as various album merchandise items, which are already available for sale.

In the letter, Justice’s counsel addresses Justin’s alleged trademark infringement and writes, “Through your illegal co-opting of the Mark, you are now subject to immediate legal action and damages including, but not limited to, punitive and injustice relief. Not only was Bieber’s team actually aware of Justice’s use of the Mark, they sought to use the same artist to essentially duplicate it for the Album. This is textbook bad faith and willful infringement”

Touching on Justice’s notoriety, the duo’s counsel also tells Rolling Stone, “Justice is not an obscure artist. They just won a Grammy for Best Electronic Album [in 2019]. They’ve headlined festivals all over the world.”

Despite this development, Justin Bieber’s sixth studio album Justice is still set to release at midnight, so stay tuned for updates regarding Justice’s sure to come legal actions.