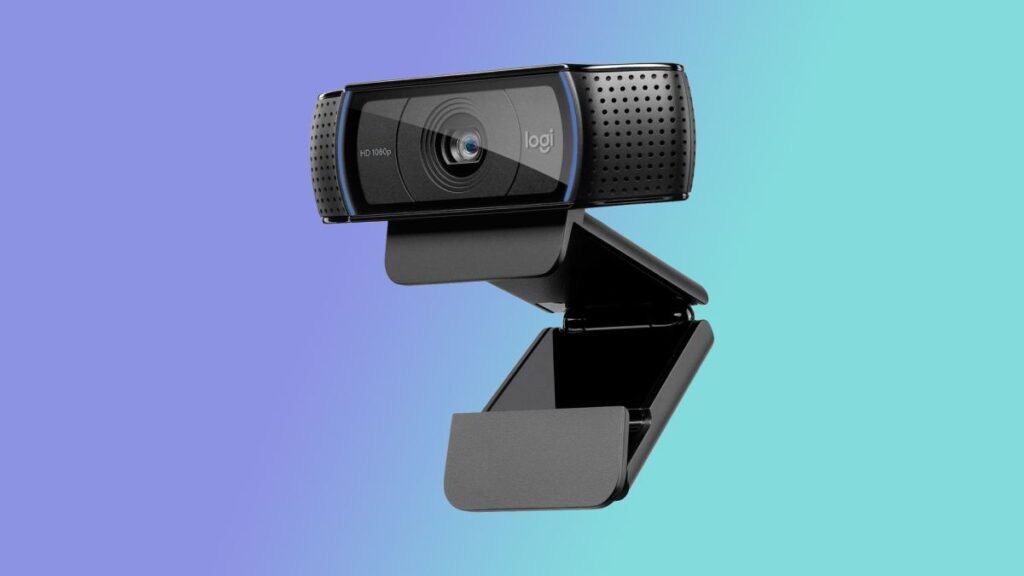 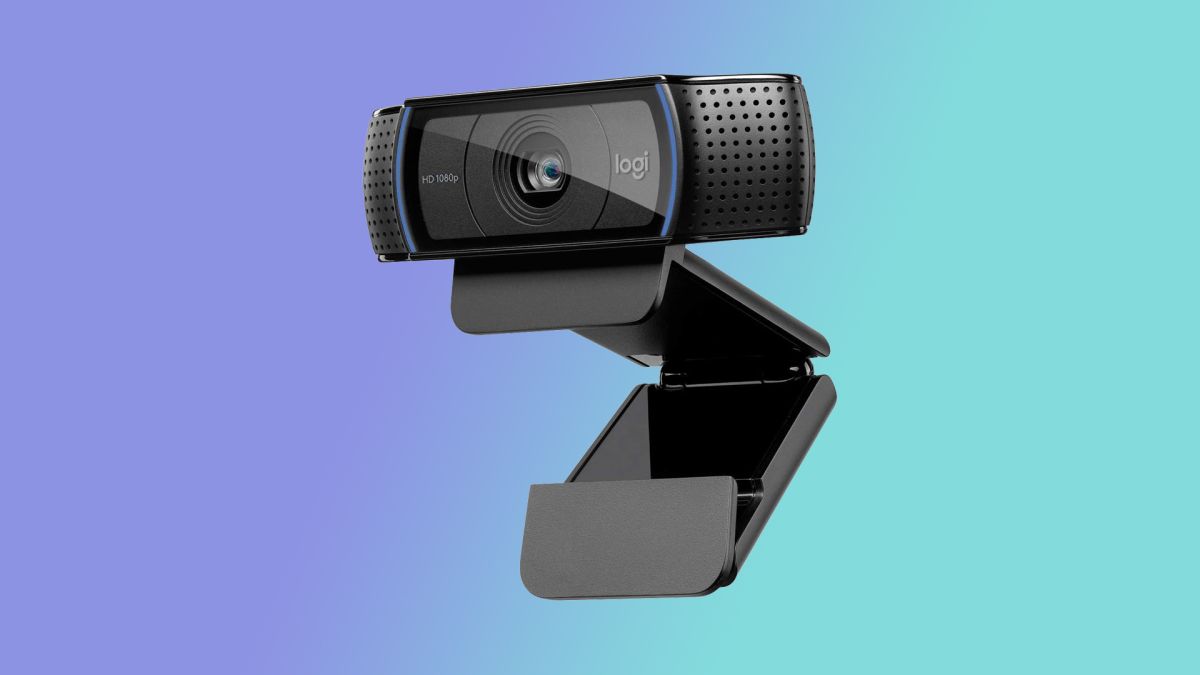 We’ve noticed a pattern after years of notebook testing: Built-in webcams generally stink. With the exception of a few standouts, those cameras are grainy, blurry, off-color and lacking in detail. It’s frustrating to purchase a laptop with a built-in webcam only for it to be absolutely terrible.

You can do better, and considering everything happening in the world right now, it might be worth investing in something to make the work from home experience more pleasant. Plugging in one of the best webcams can provide better image quality and clearer audio for teleconferencing and streaming.

In our testing, Logitech showed off its muscle in the webcam space. We found cameras that were great for business users and for budget buyers. And we found our favorite overall, the HD Pro Webcam C920.

Unfortunately, there is a shortage of webcams as demand for work from home items skyrockets. Don’t worry, though, we’ve identified the online shops where you can buy a webcam. Furthermore, certain webcams are available at discounted prices and here’s where you can buy one.

Here are the best webcams:

Overall, the best webcam we decided to highlight was the Logitech HD C920. Primarily, it’s incredibly image quality coupled with its shockingly low price make it more than a worthwhile investment for those interested in amateur streaming.

Next we have the Razer Kiyo, which is a bit more expensive, but equally as incredible. It boasts a fantastic high quality camera which is more than worth it for those willing to look as crisp as possible.

The Logitech StreamCam comes in at $170, but it’s built with a ton of fun features to make streaming more accessible. Additionally, its camera is fantastic. The Razer Kiyo Pro is also quite expensive at $199, but its incredible HDR image and video quality makes it a formidable entry.

The Logitech Brio 4K Pro Webcam is by far the most expensive of the bunch, but it’s also the only one that can shoot in 4K video quality. If you’re interested in future proofing your streaming career, this could be a good choice.

The Logitech C930e is a more expensive version of the C920, and although it’s still quite good, it’s lack of an internal video recording and photo taking software might not make it as worthwhile as some alternatives in this list. What makes it most worthwhile is its incredible on board microphone, the quality of which we haven’t seen in any webcam before.

And finally, the cheapest of the bunch, the Logitech HD Webcam C310 is worth it if you’re on a really tight budget. Otherwise, we recommend spending an extra $20 for the C920.

The Logitech HD Webcam C920 has incredibly high image quality for a low price, making it the best overall webcam you can buy. (Image credit: Logitech)

The $60 Logitech HD Webcam C920 was an easy favorite. Images that we took with the 1080p camera were sharp, color-accurate and crystal clear. The C920’s 78-degree field of view could comfortably fit two people in the frame for a teleconference. Software that comes with the C920 lets you implement filters, adjust the angle, use the webcam as a security camera and take photos to save to your hard drive.

This is by far the best webcam out there, and there’s no way any reasonable person could return to the terrible webcams that would be attached to a standard laptop.The Logitech HD Webcam C920 absolute decimates the competition, and once you try it,it’s unlikely you’ll regret it. Additionally, it’s great value. $60 for a webcam isn’t a considerably steep price to pay for a future of clear and beautiful images.

The Razer Kiyo’s gorgeous and crisp video quality is the perfect option for streaming, making it one of the best webcams you can buy. (Image credit: Razer)

Here’s the best webcam for streaming

If you’re streaming some games on Twitch or YouTube Live, you should do it with a Razer Kiyo. It’s picture is just as good (often better) than the C920, and its innovative design features a light ring to brighten up dark spaces. The design is thoughtful and perfect for taking on the road, though I wish it had a better internal microphone. The light and image quality make it great for everyone.

It’s a particularly worthwhile investment for professional streamers who want their audience to see them as clearly as possible. However, it can be a bit of a steep payment, especially when compared to the Logitech HD Webcam C920. $100 isn’t cheap, however, this webcam is just a tinsy bit better than the C920, so if you’re willing to cough up that extra $40, it could most certainly be worth it.

The Logitech StreamCam comes with incredibly built-in features that make it one of the best webcams for amateur streamers (Image credit: Logitech)

Here’s the webcam with the coolest features

Comes with tons of features

The Logitech StreamCam is great for new streamers who want an easy to use webcam with high quality features. It possesses a gorgeous camera that can adjust pixel quality, aspect ratio, and frame rate from 24 to 60. Furthermore, it provides the ability for new streamers to quickly access Chroma key and blend into backgrounds. There are also text overlays and filters, which make it an excellent webcam for those wanting to mess around with the medium.

Its built-in mic isn’t excellent, but it’s fine enough. However, this shouldn’t be a huge problem for most people purchasing this webcam, as it’s incredibly professionalized and made primarily for streaming usage. While this is a great webcam, most need to understand that it’s beyond just pricey. The Logitech SteamCam will cost you $170, so if you really want to invest in your streaming career, it’s a worthwhile purchase.

The Razer Kiyo Pro is a bit expensive, but its gorgeous HDR image and video quality makes it a formidable entry. (Image credit: Razer)

Here’s the best webcam with HDR

The Razer Kiyo Pro is a solid webcam offering high photo and video quality, but it’s not without fault. You’ll have to cough up $199 for a webcam that doesn’t have 4K capabilities. However, if you can look past these two issues, there’s a lot to love here.

The webcam’s HDR works wonders, and although it can only go up to a maximum of 30fps, it looks great. If you’re running at 1080p, it can handle up to 60fps, which is more than enough for streaming and video chats. It also includes a privacy cover for those paranoid about it turning on while doing something intimate.

The webcam’s microphone is also surprisingly competent, and if you download the Razer Synapse app, you can alter brightness, contrast, white balance, saturation, or choose presets that balance them for you. There are even settings for the HDR, FOV and AF.

Here’s the best webcam with 4K

If you’re really looking to cough up a lot of cash to look as incredible as possible, you won’t find better image quality on a camera than on Logitech’s Brio 4K Pro Webcam. It’s insanely sharp and color-accurate thanks to its High Dynamic Range (HDR) support. There are few services that support 4K right now, but you’ll future-proof your system if you get this. Its clip isn’t as sturdy as any of Logitech’s other cameras, though, but at least the cable can be replaced.

If you’re a streamer with a budget and want your audience to bask in the undeniable glory that is your face in a crisp 4K video, this could definitely be worth it. However, the Brio is undeniably expensive. $200 dollars isn’t cheap, and since the clip isn’t good, you might want to weigh this option heavily before investing into it.

The Logitech Webcam C930e has a great noise-cancelling built-in mic, making it one of the best webcams out there. (Image credit: Logitech)

Here’s the webcam with the best built-in microphone

The Logitech Webcam C930e is the enterprise version of the C920. It’s more expensive at $106, but that may be what a premium business is willing to pay for the best noise-canceling microphone we found in our camera testing. Talking, keyboard clicking and even videos played in the same room were muted on the C930e. The C930e should certainly be worth it for those not interested in purchasing a microphone.

The images were a bit oversaturated, but otherwise just as clear and detailed as on its cheaper sibling, and with a wider viewing angle of 90 degrees. However, if you’re using your own mic or headset, most people — and businesses — will be fine with the C920 at the lesser price. The C930e also has no photo or video capturing software, which is strange, considering its less-expensive alternative does.

How to choose the best webcam for you

Perhaps you want your webcam to come with an incredible internal software that allows you to do cool streaming things with the click of a button. Something like that would make the Logitech StreamCam a perfect choice.

Alternatively, cheap and high quality might be your desire, so the Logitech HD Webcam C920 ($60) and the C310 ($40) could definitely be worth it for those needing a solid camera. The C930e is also quite good, but it’s far more expensive than the C920, coming in at $100.

If you’re looking to spend a bit of extra cash for a Razer Kiyo, you could find yourself with a $100 webcam that’s excellent for streaming. If you’re willing to take your money spending even further, you could invest in a Logitech Brio 4K Pro Webcam for $200. Although it’s expensive, it’s incredible image quality could more than make up for it if you’re interested in professional streaming. The Razer Kiyo Pro occupies a similar space, and although it’s not 4K, the HDR is nothing to scoff at.