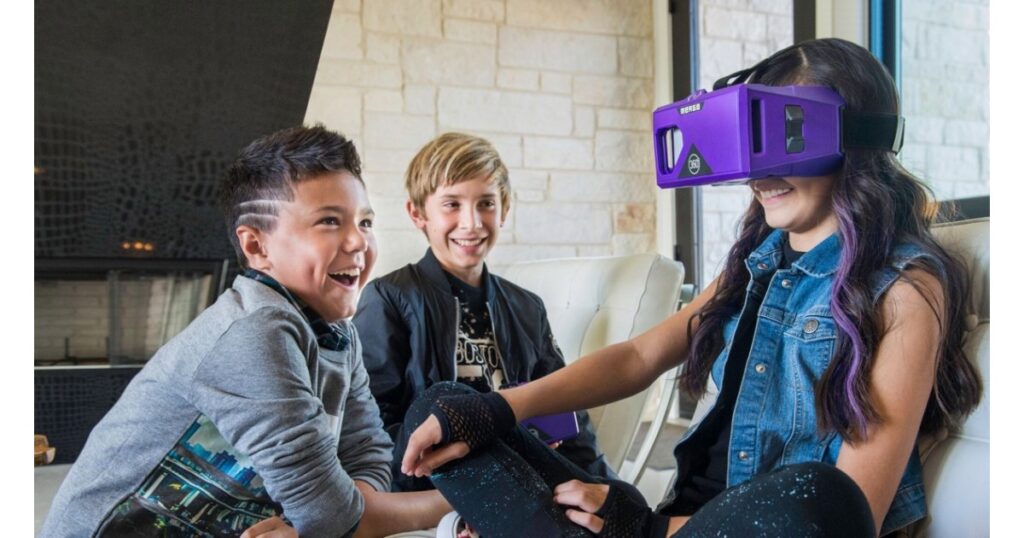 While top-end VR headsets can cost more than a second hand car, iPhone VR headsets are a cheap way to access apps and games without breaking the bank.

iPhone VR is perfect for kids and adults alike, for watching things like YouTube 360, or playing VR apps and games on your smartphone.

Whether you’re looking for an iPhone VR headset for a standard sized iPhone such as the 8, X or even iPhone 11, or something more recent like an Phone X there’s a multitude of VR headsets that can accommodate iPhones of different sizes.

Just be warned: many of these headsets have a maximum screen size, which means that larger iPhones like an iPhone 11 Pro Max, for example, are incompatible. If you have a super-sized iPhone then we’ve marked out the choices for you.

Of course, these cheap and cheerful VR headsets aren’t a patch on some of the best VR headsets like the Oculus Quest or HTC Vive, but they are a great introduction to the world of VR without breaking the bank or requiring a lot of space.

Update: This article was updated in May 2020 to reflect new models.

While most of these headsets are made out of hard plastic, the Merge VR Goggles opt for a soft, squishy foam. It helps make the headset light and comfortable. Plus, it’s got a customizable strap that fits anyone from the age of 10 and above, adjustable lenses and two buttons to interact with your VR content.

We found the lenses on the Merge to be surprisingly clear, and the device itself supports all iPhone models. However, the larger Plus and XS Max models can be a little snug getting in and out.

The VR Goggles aren’t just for virtual reality, either, they can be partnered with Merge Cube to have some neat augmented reality fun. All you have to do is pop out the little window in the front and do everything as normal, but with Merge’s AR app and Cube in your hand.

Another hugely popular lightweight headset, it has a clear front for AR experiences that utilise your smartphone’s camera – although it’s VR where this headset excels.

The VR Wear goggles get off to a great start with support for all iPhones. Thanks to the maximum supported screen size of 6.5-inches, even 11 Max and X Max iPhones will fit inside.

However, it does have a smaller FOV at 105 degrees, and there’s no remote control – but it’s a great price.

Upping the tech stakes, the second generation Homido VR headset still offers a 100-degree field of view, compatibility with the newest iPhones all the way back to the 5S (although not Max versions as the max screen size is just 5.7-inches), all wrapped up in a slimmer design. It’s also suitable for glasses-wearers, with space for specs inside the faux leather, interchangeable seal.

If headsets aren’t really your thing, Homido also makes a pair of VR glasses, although the effect will be far less pronounced than a HMD.

Then there’s the portable Homido Grab, which works with Cardboard and has a 100-degree field of view. It’s also got a series of new accessories (not included), including a 360-degree camera and Bluetooth controllers to cater for your immersive shooting and gaming needs.

Compatible with all iPhones except the larger X Max and Pro versions, the BNEXT headset has come to the fore as one of the most popular VR headsets for smartphone users.

It accepts a maximum screen size of 6.3-inches, ad offers focal adjustment for a better experience.

The strap is fully adjustable so it’s ideal for adults and kids – and at less than $50 it’s got a price point to suit most budgets.

A little higher on the budget scale, the Pansonite VR headset accepts most iPhones, again excluding Pro and Max versions. It limits to a slightly smaller 6-inch handset, but nails the ergonomics and makes space for glasses-wearers, and adds airflow to make viewing more comfortable.

There’s a 120-degree field of view, and you get a remote control – which should help you control the in-app experience, without having to take the headset on and off when it’s time to switch between content.

Carl Zeiss VR One Plus

Most mobile VR headsets are simply a plastic case and a couple of lenses – hence the logic behind the super cheap Cardboard style devices. So Zeiss’ experience in making lenses and optics for everyone from Sony cameras to the medical fields puts it high on our list. This model has also dropped in price significantly.

The VR One Plus, which will fit all iPhones, lets you experience apps and video with a 100-degree field of view, and those picking up the Magnet Controller accessory can also control the action when strapped in. A little more expensive, sure, but a great option for those looking for something on the more premium end of the iPhone-compatible scale.

Previously Android-only, this Freefly headset, the Beyond, adds iPhone capability up until the iPhone XS. You’ll get a 120-degree field of view and Crossfire capacitive touch triggers for your games.

This headset has been out for a while now, but it’s dropped in price considerably and will tide you over while we wait to see if Freefly’s FF3 headset will ever launch.

The FF3 is a hybrid headset that’ll let you take part in virtual, augmented and mixed reality experiences. You’ll just need to take off the headset’s sides, which will also increase the field of view to 180 degrees.

Since it was announced in 2017 though, its Crowdcube page has since disappeared and there hasn’t been any updates on whether the product will come to market anytime soon. Plus, Chrome had flagged Freefly’s site as unsafe. The site has since been switched to an Australian domain, so things are definitely changing.

In the meantime, you can still get the Beyond headset from Amazon US for an affordable amount.

If you’re looking for a low cost of entry to VR, they don’t come much cheaper than an iPhone-compatible Cardboard kit. You can get an unofficial Cardboard headset for under $10 on Amazon, and with some of them you can get a strap and NFC so it powers up the app on command.

There’s also the official Cardboard from Google, which is compact and foldable. It’s not as fiddly to make as the unofficial ones, but it’s still going to fall apart if you don’t look after it because, well, it is made from cardboard. Still, there’s no easier or more affordable way to jump into VR.