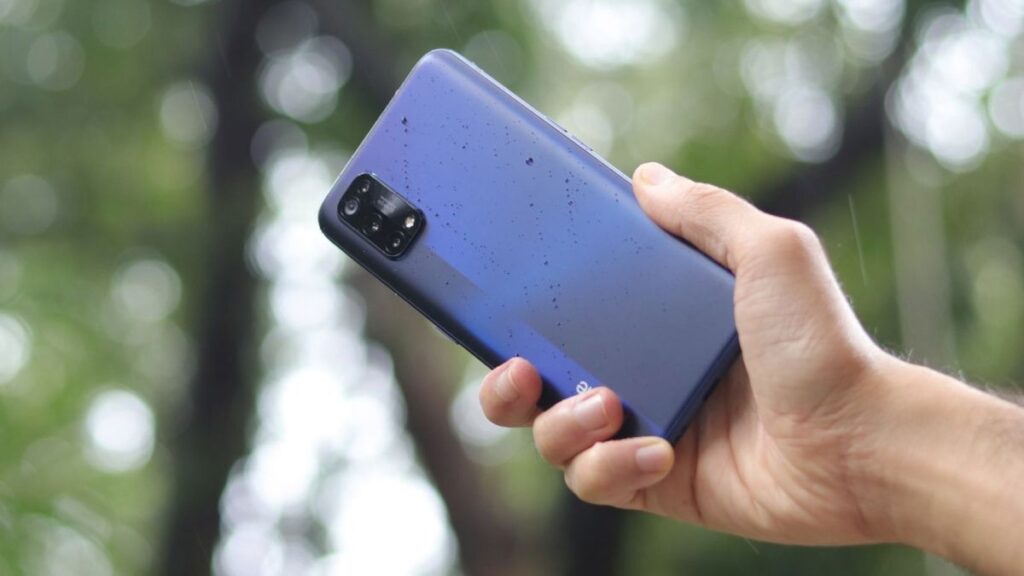 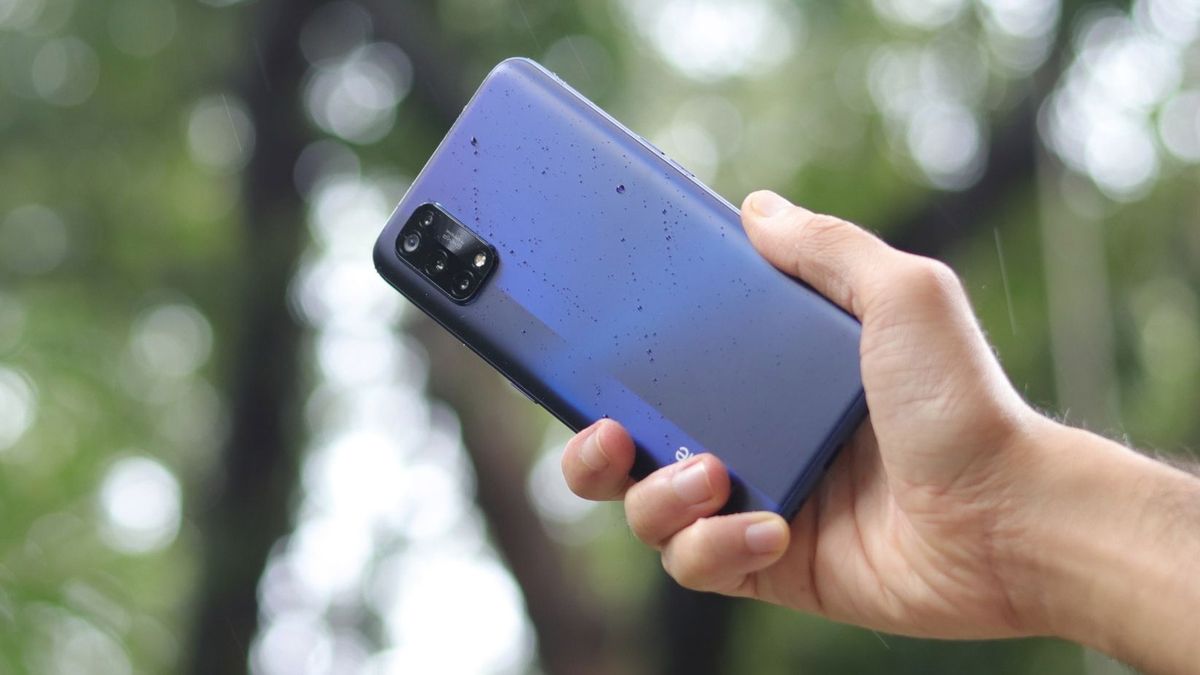 The budget smartphone segment takes a big chunk in the Indian smartphone market. Most of the smartphones that exist and people look for is the sub Rs 20,000 category. This segment, especially in India, is always crowded and with too many options. As a consumer, it can get really confusing.

2. Motorola One Fusion Plus

We have curated the list of the best budget smartphones in India that are priced between Rs 10,000 and Rs 20,000.

In 2020, we saw multiple smartphones being launched at an aggressive price and most of them were halted in Q2 due to Covid-19 pandemic and lockdown. However, things are getting back we saw a hike in many smartphone pricing as the GTS rates were increased in the country on mobiles. In 2021, we expect multiple budget phones from Samsung, Xiaomi, and Realme. Also, Micromax is said to bring a few more budget phones. We wouldn’t; be surprised if OnePlus brings their cheaper Nord variant to India with some improvements.

A few months back, the list was completed by Xiaomi and Realme completely. But now,  things have changed slightly. Although we have a couple of phones from Xiaomi and Realme, we also now have players from Motorola, which made a great comeback with the Fusion Plus, Samsung with its M series, and Poco who entered the budget segment this year.

In the coming days, we are expecting Poco, Xiaomi and Realme to add new devices in the budget segment. If you are looking for the best camera phone under Rs 20,000, check out this list.

These are the best budget phones in India:

The Realme 7 Pro won the best budget phone of the year at the recently concluded TechRadar India Awards 2020. This is our favourite pick in the segment. For starters, the Realme 7 Pro one of the cheapest phones with a Super AMOLED panel at this price point. You get a second-gen camera stack with a flagship Sony image sensor at the heart. On top of that, you get 65W Super Dart charge which can go from 0-100% in just 35 minutes. The Realme 7 Pro is currently the most well-rounded smartphone in the Indian market in the sub Rs 20,000 market.

It really blurs the line between budget phones and flagships with a beautiful AMOLED display, a premium hardware package, reliable cameras and market-leading charging capabilities. Even if more competition is just around the corner, the 7 Pro should be able to hold its own for a while in many aspects. It is also one of the best-designed phones which doesn’t feel too heavy.

Check out Realme 7 Pro on Flipkart

The new Poco X3 is the second-best smartphone one can buy under Rs 20,000. It has no real weaknesses when the entire package is considered. With Poco X3, you get 120Hz smooth LCD panel and 64MP (Sony IMX682) quad-camera setup clicks excellent pictures.

It is powered by the Snapdragon 732G chipset for great gaming performance, has capable cameras, a big 6,000mAh battery with support for fast charging. With all the internals packed in the phone is quite heavy at 230 grams and if that’s not an issue for you, then this phone is for you.

Check out the Poco X3 on Flipkart

The successor to the vastly popular Galaxy M31, the Galaxy M31s is a mid-range phone from the house of Samsung. You get a 6.5-inch Super AMOLED Infinity-O screen with Full HD+ resolution. It is powered by the Snapdragon 9611 chipset. That is paired with up to 8GB of LPDDR4X RAM. There is a massive 6,000mAh battery pack with support for 25W fast charging over USB Type-C. It also supports reverse charging via Type-C to Type-C cable that’s included in the box.

On the camera front, you get a quad-camera stack with a 64MP f/1.8 primary camera, followed by a 12MP ultra-wide shooter with a 123-degree field-of-view, a 5MP depth sensor for portraits and a 5MP macro lens. Selfies are handled by a 32MP camera. The fingerprint scanner is now embedded within the power button on the right.

Motorola One Fusion Plus

With the launch of the Motorola One Fusion Plus recently, Motorola took us all by surprise with its aggressive pricing. Also, another surprise was the Snapdragon 730G chipset instead of vanilla Snapdragon 730. The device is backed by a 5,000mAH battery and 15W fast charging via Type-C port.

The Motorola One Fusion Plus comes with a full-screen 6.5-inch Full HD display with 91% screen to body ratio. You get a 16MP pop-up camera. Over at the rear, you get a 64MP quad-rear cameras setup with an 8MP ultra-wide camera followed by a 5MP macro and a 2MP depth sensor.

It runs on Android 10 OS and features Moto display and Moto actions like Quick capture, three-finger screenshot, screenshot toolkit, flip for DND, Pick up to silence, and Media controls.

Buy Motorola One Fusion Plus on Flipkart

The Redmi Note 9 Pro still holds up even after 9 months after the launch. You get one of the most reliable experience on a phone under Rs 20,000. Its battery life is unmatchable, the performance was always consistent and the large display is a joy to use.

The phones come with a unibody glass design that looks better than what the price tag may suggest. You get a 6.67-inch LCD panel with a resolution of 2,400 x 1,080, resulting in an aspect ratio of 20:9. The Snapdragon 720G strikes a beautiful balance between performance and battery life. It does fall behind in GPU-driven tasks such as gaming, but in almost every other scenario, we are looking at a champion here.

As the name suggests, teh Power in the name stands for the battery that teh device packs in. The Moto G9 Power is packed with a 6000mAh battery and to back that, the device also supports 20W fast charge. With this battery, you can expect over one and a half day life on a single charge.

On the inside, the Moto G9 Power sports Snapdragon 662 chipset and is paired with 4GB of RAM and 64 of onboard storage.  On the front, you get a 6.78-inch HD+ Max Vision IPS display with 20.5:9 aspect ratio. As for the optics, the Moto G9 Power sports a triple rear camera setup with a 64 MP primary shooter with f/1.8, a 2MP macro lens and a 2MP depth sensor both with f/2.4 aperture. This is also one of the cheapest phones to offer a 64MP camera setup. To the front, there is a 16MP punch-hole selfie camera with f/2.2 aperture.

Poco M2 Pro is the company’s mid-range with powerful internals that is more or less same as the Redmi Note 9 Pro. But, it offers slightly better design, Ad-free experience,  and faster-charging speed for the same price. The Poco M2 Pro features a 5,000mAh pack will easily last you over a day and also supports 33W fast charging.

On the inside, you get the Snapdragon 720G chipset, which is the most reliable silicon available at this price. Combine that with a 48MP quad-camera setup and a big 6.67-inch Full HD+ screen, and you get a very easy-to-recommend phone.

The first “Pro” variant in the Realme Narzo series comes with the segment-first 65W fast charging. With this super Dart charger, the 4,500mAh battery can be filled in just 38 minutes. On the front, there is a 6.5-inch Full HD+ LCD panel with 90Hz refresh rate, 120Hz touch sampling, 480 nits brightness, and 90.5% screen to body ratio. Under the hood, the device is powered by MediaTek’s gaming-centric Helio G95 chipset.

The device is available in two configurations with up to 8GB of RAM and 128GB of internal storage. You are looking at a quad-camera stack on the Narzo 20 Pro with primary 48MP Samsung GM1 sensor, an 8MP ultra-wide shooter, a macro lens and a mono portrait lens. To the front, you get a 16MP  selfie camera.