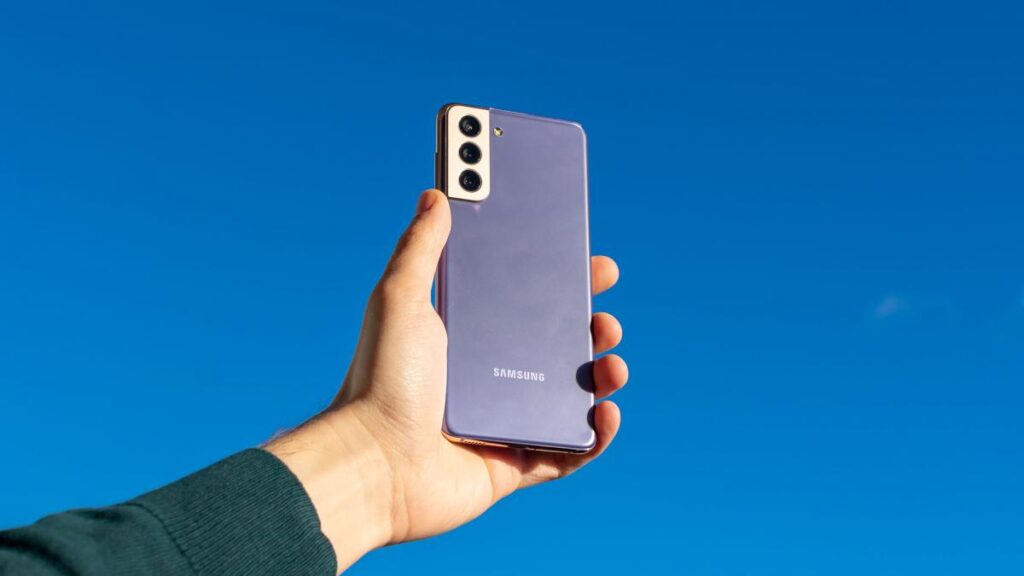 You’re here because you’re looking for the best Android phone of 2021. You’re probably a bit of an Android nut, and you’re not alone: after all, Android is the world’s most popular smartphone platform. If you’re not shackled to an iPhone – or one of the dwindling few still using a BlackBerry device – it’s the obvious (and only) choice.

The range of Android phones out there is enormous. That means you’re sure to find something to suit you perfectly – as long as you know what you’re looking for.

Here’s our guide to buying an Android phone, with advice about choosing the perfect handset for you and our pick of the best Android smartphones 2021 has to offer.

How to buy the best Android phone for you

When it comes to picking a new smartphone, there’s a multitude of features to consider. While aesthetics are important, you should certainly pay attention to features and performance. Most flagship phones (which tend to cost upwards of £700) will be more than satisfactory in all areas, but cheaper devices may come with compromises. You can boil the key considerations down to five key questions…

What’s the best smartphone display for me?

A high-resolution display is nice, but on a device this size, you probably won’t notice any difference between a 1080p or a 1440p screen – and 4K is completely pointless. What’s much more important is contrast and colour reproduction.

AMOLED displays always look fantastic, with perfect contrast and excellent sRGB coverage. Budget phones tend to opt for standard IPS LCD screens, usually at around 1080p or 720p, but that’s still fine if you don’t plan to do a lot of photo editing or movie watching on your device.

How much storage do I need?

You’ll need space to store your apps, and you might want to keep photos and music on the device. That’s less of an issue than it used to be, though, as apps such as Google Photos and Google Music mean your personal media can live in the cloud. Internal storage sizes tend to start at the 64GB mark on flagships and around 8GB on budget devices. Many handsets let you use a microSD card to cheaply expand this.

What’s the best version of Android?

These phones are all Android devices, but they can look and feel quite different. Certain manufacturers – notably Huawei, LG and Samsung – put their own customised “skin” on top of the OS, while the likes of Google and OnePlus use stock Android (or near-stock) to deliver a clean and crisp experience for their users. They’ll all run the same apps, though, so it’s mostly a case of personal preference.

READ NEXT: The best budget phones

A decent camera is a great feature: it means you can always capture a moment without having carry around a dedicated camera, and share your snaps in a few taps. Most flagships have excellent built-in cameras, but this certainly isn’t something you can take for granted in a mid-range or budget phone. If photo quality matters to you, make sure you investigate the camera before investing.

Smartphone battery life has improved over the years, but we’re still living in a world where a charge may only just get you through the day. Bigger phones tend to have better longevity, though – as they can pack in bigger batteries – and some budget phones also have the impressive stamina for their size and price. Do your research and, as a general rule, go for the highest-capacity battery you can find.

The best Android phones you can buy in 2021 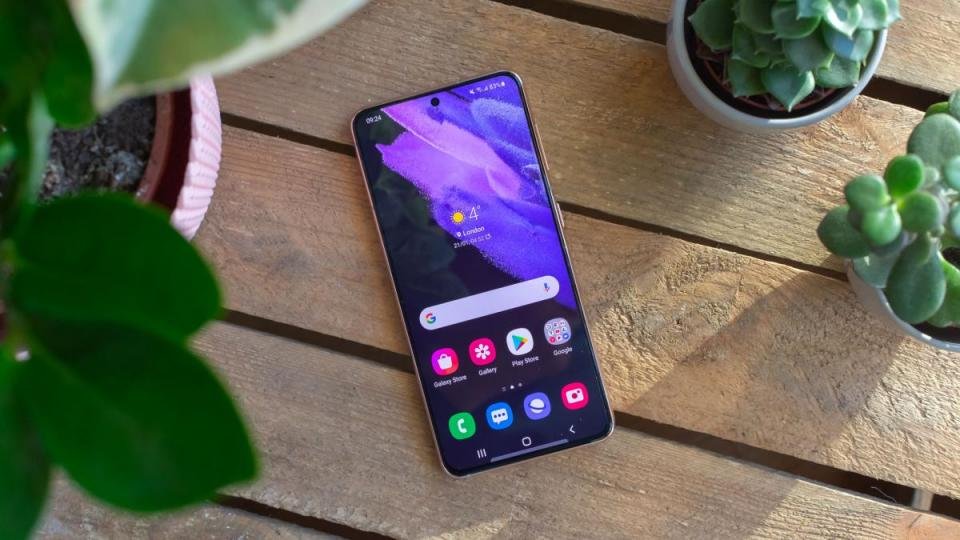 Samsung’s Galaxy S21 and S21 Plus flagships are absolutely sublime. It’s not often that we come away from writing a review with a list of positives as long as this, but Samsung’s best-ever handset well and truly hit the mark.

Aside from the obvious size differences – as well as a bigger battery and slightly larger screen on the S21 Plus – both of these smartphones are essentially the same. Samsung’s latest big-screened beauties not only look the part, but they’re the fastest Android smartphones we’ve ever tested – surpassed only by the iPhone 12 – and the new cameras are absolutely sensational. We’re also especially fond of the 120Hz screen.

If you’re after the very best that Android can muster, you simply can’t do any better than this. 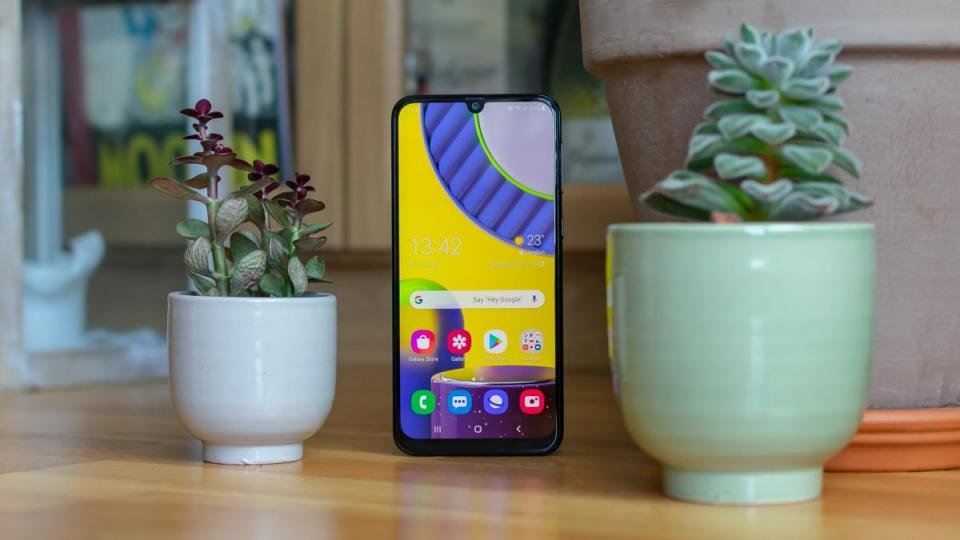 The second phone on this list is also a Samsung, but for entirely different reasons. See, the Galaxy M31 is a fraction of the cost of the Galaxy S20, but it also has the best battery life we’ve ever tested. With a gigantic 6,000mAh battery, the Samsung Galaxy M31 lasted over 30 hours in our video playback test, outperforming our previous champion, the Lenovo P2, by over 90 minutes.

It’s not just about the beefy battery life though, since the Galaxy M31 is also an exceptional low-priced handset in practically every other area. It has a splendid screen for the price, uses an excellent quadruple-camera array, and performance is rather good too. If your buying budget is tight, then the Galaxy M31 should be your next smartphone. 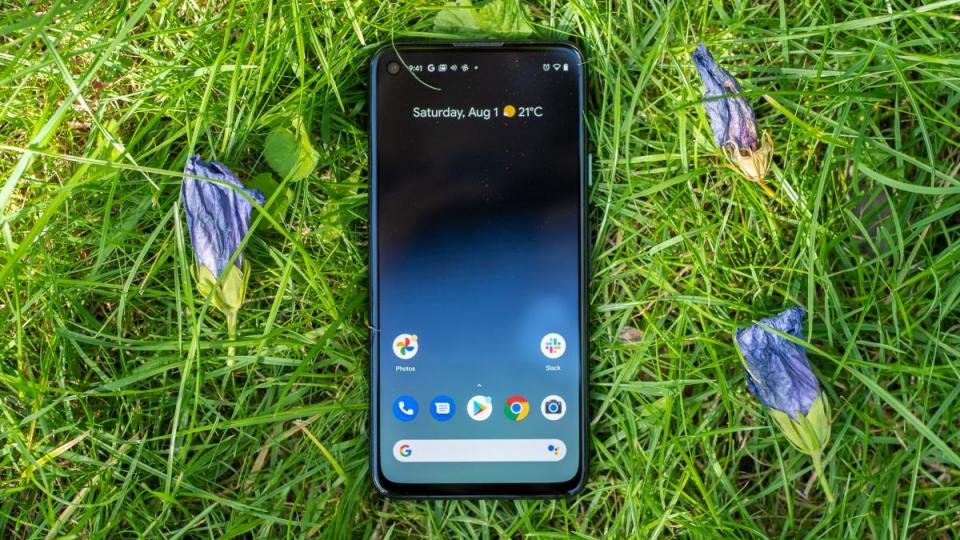 Google’s own-brand Android smartphone is a great showcase for the platform. In most regards, it’s on par with other companies’ flagships, but what sets the slightly cheaper Pixel 4a apart is the camera, which is simply in a class of its own. Although it has just a single lens, it’s capable of capturing absolutely stunning photos that put other cameras to shame.

The price is clearly the key part of the Pixel 4a’ appeal, too. At £349, the Pixel 4a undercuts the competition by a huge amount and especially the full-fat Pixel 4 (which uses the same camera). With the Pixel 4a, why spend more for not much extra?

Read our full Google Pixel 4a review for more details 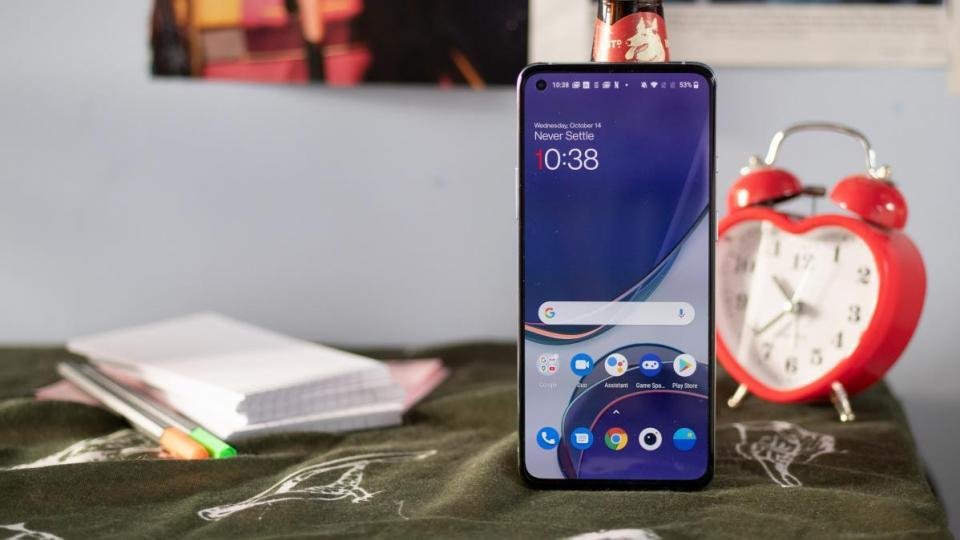 Despite OnePlus’ shift in focus towards the flagship end of the spectrum in recent years, it still manages to offer cutthroat devices that are far cheaper than most other phones on the market. Its newest flagship-killing phone, the OnePlus 8T, delivers the same value proposition of past handsets.

Bringing the 120Hz screen from the OnePlus 8 Pro, the 8T is also the first OnePlus to include super-fast 65W fast charging. Not that you’ll need to charge it too often though: it lasted a staggering 26 hours in our video rundown test. Elsewhere, it’s powered by Qualcomm’s most up-to-date Silicon, the Snapdragon 865 and comes with 5G support as standard. It also has a 48MP rear camera, complete with 16MP ultra-wide and 2MP macro modules. Like previous phones, the OnePlus 8T represents the very best of what a proper flagship-killing phone is capable of. 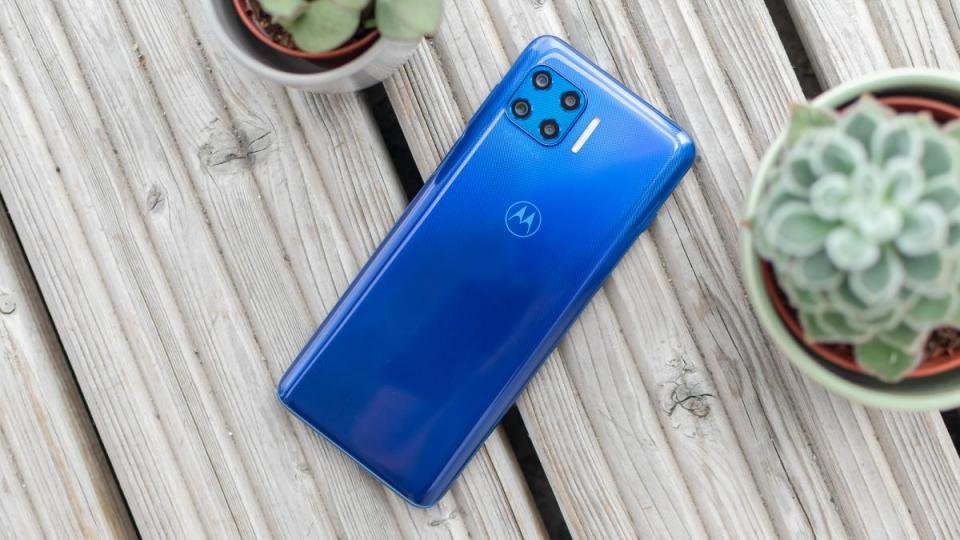 If you’re in the market for a 5G phone, and you’re lucky enough to live in a 5G area, then the Moto G 5G Plus is the absolute cheapest way to access the faster mobile network. Undercutting other 5G phones by a particularly wide margin – the next cheapest, the Galaxy A90 5G, is double the price – the Moto G 5G Plus proves that you don’t need to pay top dollar for 5G connectivity.

Even if you aren’t fussed about 5G, the Moto G 5G Plus is perhaps one of the most well-rounded smartphones we’ve ever tested. Its battery life is excellent, the cameras are exceptional for the price, and the large, 90Hz screen is an added bonus too. If you don’t want to spend more than £300 on your next smartphone, then the Moto G 5G Plus is a serious contender for your cash. 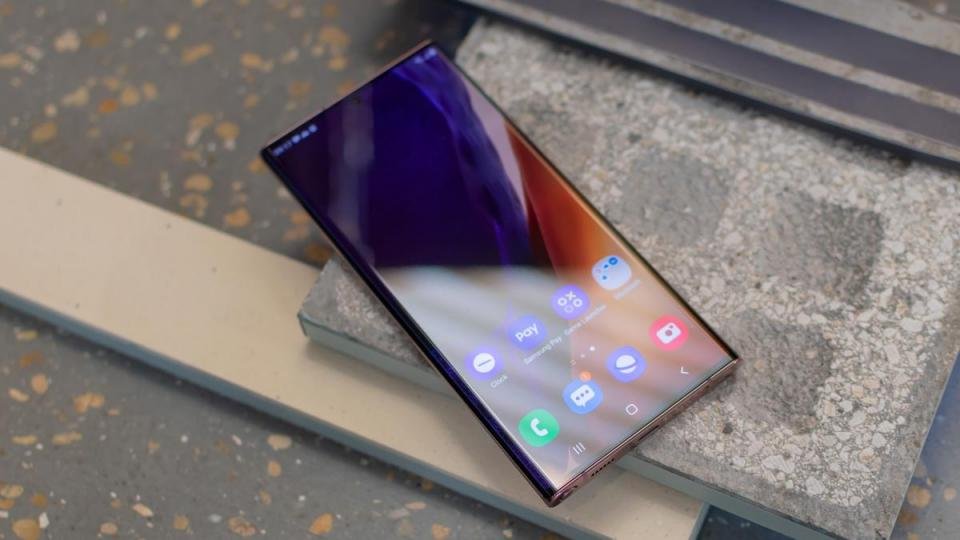 The Galaxy Note is back and better than ever. Offering improved performance over last year’s Note 10, its name might be a bit of a mouthful but the Note 20 Ultra benefits from the biggest screen ever seen on a Samsung handset, a massive 108MP camera, improved S Pen and a handful of work-friendly improvements too. It’s hideously expensive, but if you’re lucky enough to afford one, then you’ll be served by one of the finest Android smartphones ever released. For the rest of us, here’s hoping there’s a price reduction in the near future. 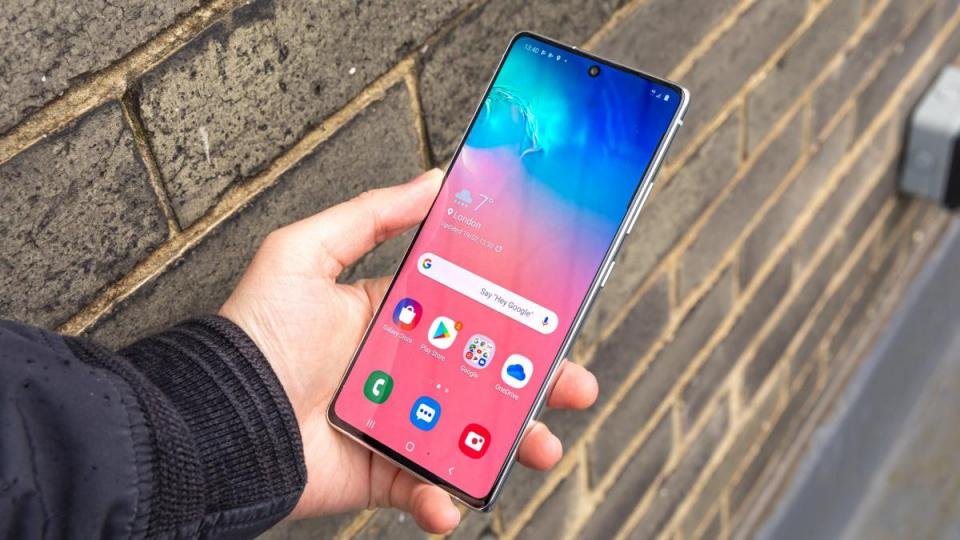 The Galaxy S10 Lite is an excellent choice for those that want similar flagship-like experiences without the sky-high price. Costing almost half the price of the Galaxy S21, don’t let its name fool you: the Galaxy S10 Lite launched last year, and it holds up remarkably well under scrutiny. it’s good-looking, has an excellent screen, takes great pictures and performance (despite using the last-gen Snapdragon 855) is still among the best you can get.

It’s not the absolute pinnacle of Android achievements, but where it counts the Galaxy S10 Lite is an excellent choice for those that want the latest and greatest Samsung, but can’t stomach the asking prices. 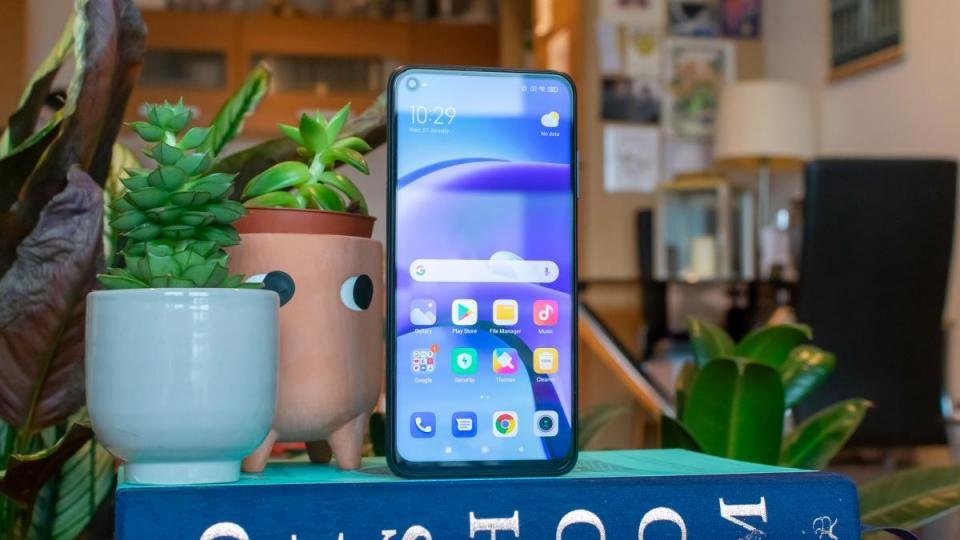 Not only is the Xiaomi Redmi Note 9T the cheapest 5G-enabled phone on the market, but it’s also astonishing value for money. Thanks to the addition of the new MediaTek Dimensity 800U chipset, the Redmi Note 9T achieves similar levels of performance of phones that cost twice the price. Rather than scrimp on features, the Redmi Note 9T is more formidable than most, not only in the processing department, but in terms of photography as well.

If money is tight and you’re looking for a competent smartphone that punches well above its weight, then the Xiaomi Redmi Note 9T is the smart choice. 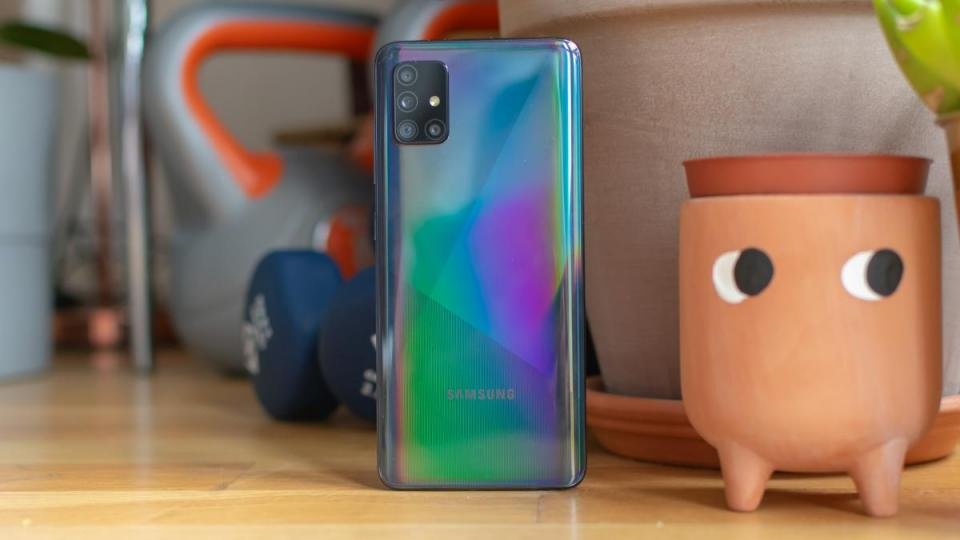 Despite what Samsung’s slick adverts would have you believe, your smartphone buying options aren’t limited to £1,000+ flagships. Yes, some expensive Samsung phones make this list, but if you’re after something with a softer impact on your wallet, then the Galaxy A51 is just the ticket.

The Galaxy A51 is a 6.5in handset with swish looks and features that are more befitting of handsets that cost twice the price. It’s powered by one of Samsung’s homebrew Exynos chipsets (although this is closer to the mid-range than the S20’s processor), and it also has a 48MP camera with a 5MP macro unit and depth sensor. Big, powerful, and good-looking, Samsung’s Galaxy A51 is a no-brainer for the budget-conscious buyer.

Read our full Samsung Galaxy A51 review for more details