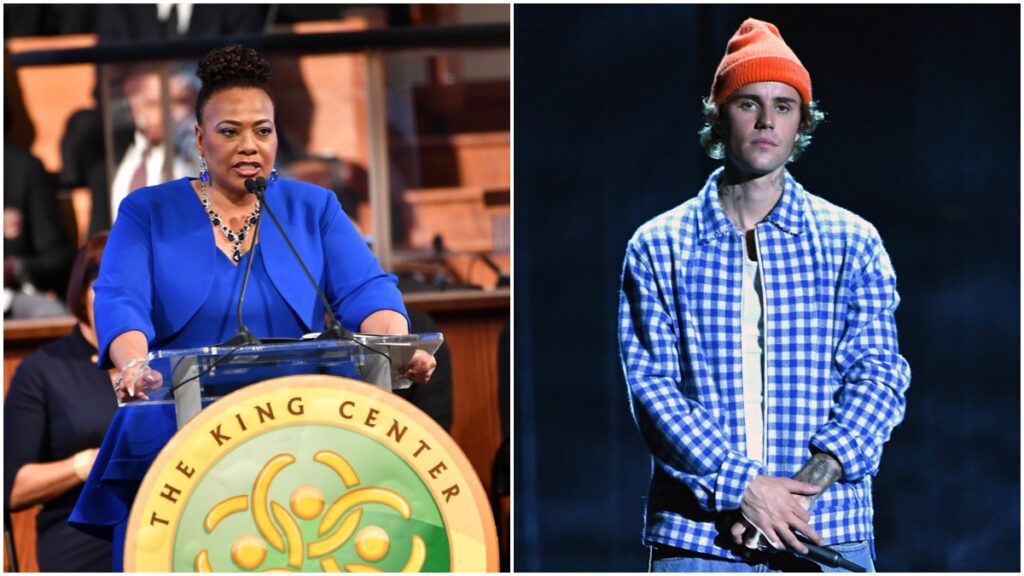 When pop star Justin Bieber released his latest album, “Justice,” earlier this month, he immediately caught flak from listeners who were confused to hear samples from Martin Luther King Jr.’s Nov. 5, 1967, sermon “But If Not.”

Before the project’s debut, Bieber took to Twitter, where he also announced a campaign to raise awareness for social justice organizations and how he planned to give back with his latest musical effort.

Critics found it challenging to see the correlation between the singer sampling part of the civil rights leader’s 1967 sermon, citing his “injustice anywhere is a threat to justice everywhere” quote from “Letter from Birmingham Jail,” and the remainder of the album’s songs, which were seemingly about Bieber’s wife, Hailey Baldwin.

Yet not everyone was upset. King’s daughter Dr. Bernice King showed her support shortly afterward, thanking the “Peaches” singer.

“Each of us, including artists and entertainers, can do something,” the CEO of The King Center wrote. “Thank you, @justinbieber, for your support, in honor of #Justice, of @TheKingCenter’s work and of our #BeLove campaign, which is a part of our global movement for justice. #MLK #EndRacism.”

Still, social media questioned King whether she listened to the project before siding with the 27-year-old. One Twitter user wrote, “I am curious if you heard the project (Bieber’s album) before you gave your blessing to include the audio clips? Or if his team clearly explained how they’d be integrated?” They then followed up with another post stating, “I’ve listened to the album. I like the music fine, but I don’t see the sense in adding your father’s voice when thematically the project HAS NOTHING to do with justice. Broad exposure w/o context is beguiling, & so many people conflate your father’s messaging/values as it is.”

I’ve listened to the album. I like the music fine, but I don’t see the sense in adding your father’s voice when thematically the project HAS NOTHING to do with justice. Broad exposure w/o context is beguiling, & so many people conflate your father’s messaging/values as it is.

Another person wrote, “Omg. Did you not read Any of the lyrics? This album in its entirety is a love song to his wife!” They added, “But you equate a donation of some of its profit as worthy of a proud shout out? I can’t even.”

Meanwhile, others brought up Bieber’s controversial past in which the then-15-year-old was recorded making offensive jokes about Black people and harmonizing the N-word. “‘When someone shows you who they are, believe them the first time.’ – Maya Angelou,” a third user wrote before attaching a clip of the incident.

Aside from donations, the King estate would also benefit from profits made from the album. NME reported that Martin Luther King Jr. is listed as a songwriter on the album, further proving that the estate approved and licensed the use of King’s speeches or papers.