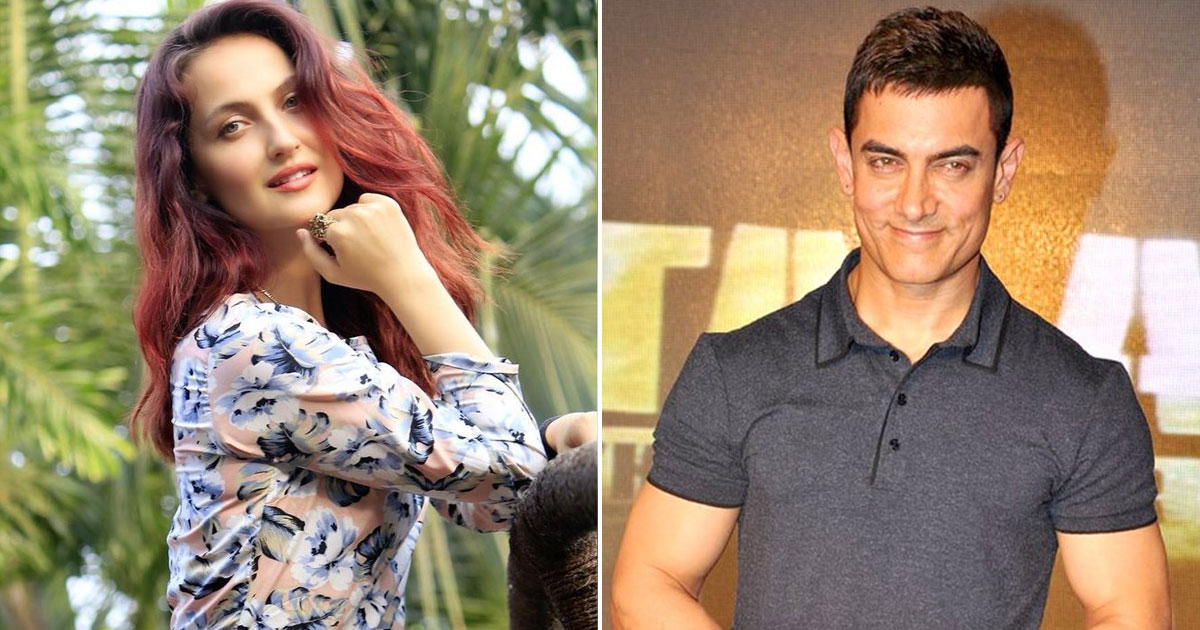 Unlike other Bollywood stars, Aamir Khan is a bit quiet when it comes to grabbing headlines. Yes, his Laal Singh Chaddha is the hottest film that will sure-shot storm the box office, but other than that he is really low key. It was yesterday, fans were surprised to see his romantic picture with B’Town beauty, Elli AvrRam.

If you remember, during early February, a video clip was viral that featured Aamir and Elli grooving to a dance number. Now, an official glimpse of the same has been revealed. Yes, we are talking about the on-screen romance of the duo in the upcoming track, Koi Jaane Na.

Elli AvrRam shared a picture to announce the release date of Koi Jaane Na. In the picture, Aamir Khan and Elli AvrRam are seen in a romantic pose with Aamir’s hand around Elli’s waist. The actress captioned it as “He’s the Jack of all trades, she’s the Queen of the dance floor. Get ready to meet them on 10th of March…#KoiJaaneNaMovie. #HarFunnMaula.”

Are you excited for Koi Jaane Na’s release?

Meanwhile, in one of our recent throwbacks, we shared a story of Aamir Khan and Shah Rukh Khan’s cold war. Much before SRK’s Rab Ne Bana Di Jodi and Aamir’s Ghajini had released in 2008, the Lagaan actor had made a nasty yet hilarious remark on SRK. On his blog, Aamir had written, “I’m sitting under a tree, on the edge of a valley, approximately 5000 feet above sea level… Ammi, Ira and Junaid are by my side and we are in the middle of one of our favourite board games. Shahrukh is licking my feet and I am feeding him biscuits every now and then. What more can I ask for?”

However, after receiving disappointing reactions from fans and Shah Rukh Khan’s family, Aamir Khan had made an unconditional apology.