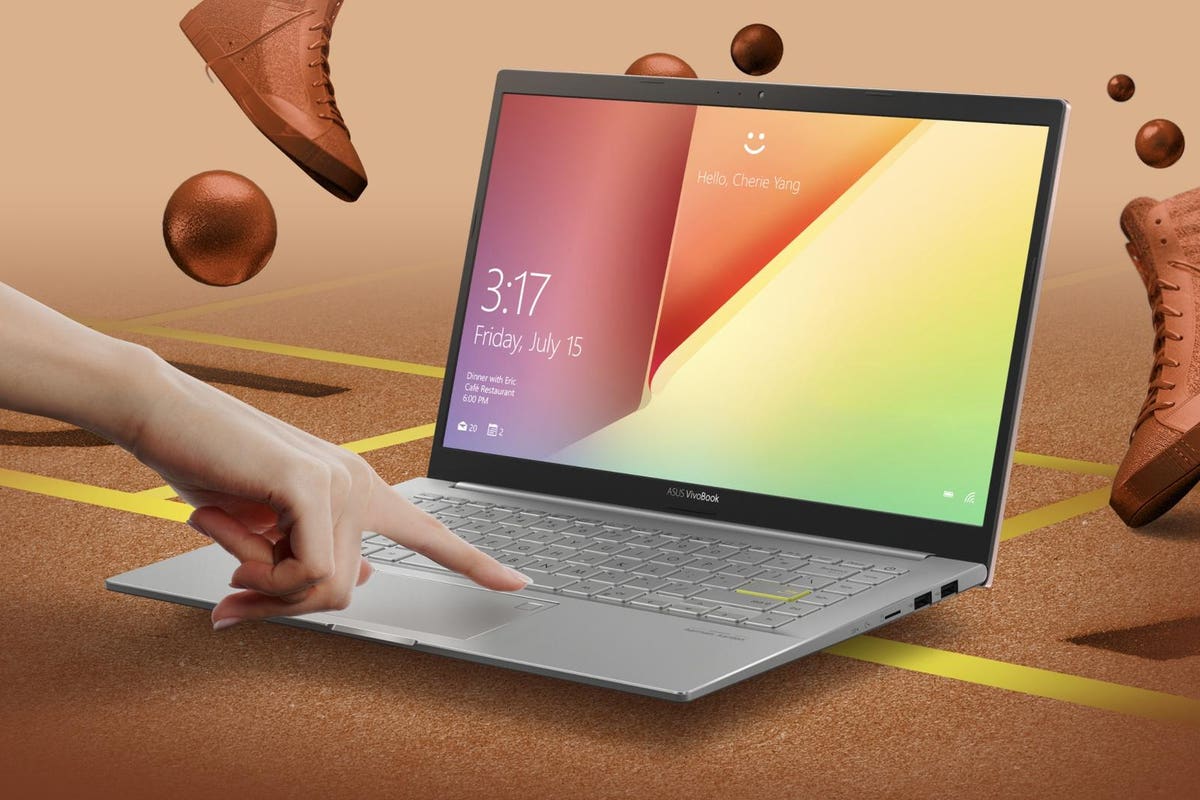 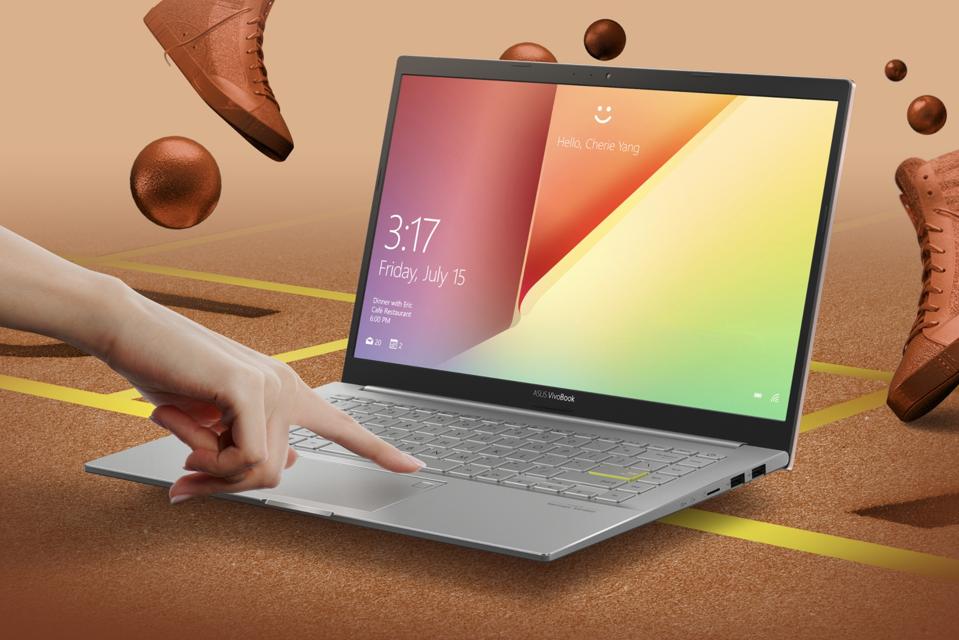 The ASUS Vivobook 14 packs a decent punch that won’t knock all the dollars out of your wallet.

Need a laptop but don’t want to empty your wallet on something high-end? You can still end up with an amazing machine, as some of the best affordable laptops offer an impressive array of features and specifications for great performance in an attractive package.

While you won’t be able to push a hardcore gaming experience or efficiently run intensive multimedia tasks like photo and video editing, these affordable laptops offer more than enough performance for most typical school and work needs. In this field, you’re typically looking for good multi-core performance, above average battery life, and a more portable and sleek form factor than meatier options can muster. All of the options on this list pass the criteria in more ways than one.

There’s even a surprising breadth of choice in form factor, platform and usage needs. Whether you’re looking for a lightweight 2-in-1, a budget gaming laptop, or even a cutting-edge MacBook without paying MacBook prices, the best affordable laptops have you covered. There’s something for everyone no matter what you want or need. Here are the best laptops you can buy on a budget.

AMD Ryzen laptops have seen a renaissance in affordable portable power in recent years, and that is no more exemplified than with the Lenovo IdeaPad 5. Sporting a Ryzen 7 4700U with eight cores and a maximum boost clock of 4.1GHz, this low-cost laptop is impressively nippy in general use, from multi-tab web browsing to office work. The 8GB of RAM might be a limiting factor on big Photoshop projects, but it’s more than enough for most users.

The 256GB SSD ensures it boots up quickly and remains responsive even under heavy use, and the onboard Vega graphics cores give some very basic gaming ability; it’s perfect for playing Esports games like League of Legends or even more recent games like Fortnite at lower settings with perfectly playable frame rates.

Lenovo claims the battery can last up to 17 hours in ideal situations. You’ll be able to eke out over 12 with heavy use, or a little more with mixed usage without maxing out the screen brightness; more than enough for a full day of work or school.

The overall design of this laptop is sturdy, with a robust chassis and great build quality. The port selection could be better, especially since the single USB-C port is required for the charger when it needs powering up. Still, twin USB-A ports provide some additional accessory slots when needed, and the HDMI output means you can run an external display easily enough if you need additional screen space.

Microsoft’s Surface Go 2 might be the baby of the Surface Line, but it’s a sizable upgrade over its first-generation predecessor. It benefits from a new-generation Intel Pentium Gold CPU (with the option of a more powerful, and expensive, Core M3), 4GB of RAM, and has a gorgeous and responsive touchscreen, making it an excellent tablet. When combined with the Type Cover keyboard, it’s a reasonable little laptop too, making it the best affordable 2-in-1 laptop you can buy.

The included 64GB SSD is a nice touch too. It ensures snappy performance and a fast wake time, where most similar 2-in-1s would stick you with eMMC storage—a far less responsive alternative.

Battery life is incredibly strong for such a capable little device. The best case scenario is 10 hours, but eight hours is more than doable with mixed usage once it’s gone through a few charge cycles. The only downside with the Surface Go 2 is that it doesn’t come with the Type Cover keyboard and touchpad included in the original price. You’ll need to buy it separately. Get it at a discounted rate, here.

Gaming laptops can be very expensive, but they don’t have to be. Combining one of the best modern mobile gaming CPUs with an affordable but capable GTX 1650 GPU, the Acer Nitro 5 offers fantastically affordable gaming ability at a price that is much easier to reach than most other gaming laptops.

It’s not a perfect gaming laptop, with relatively small storage space, thick bezels, and a keyboard that isn’t going to win any awards, but with its mix of solid performance and surprisingly lengthy battery life, there’s a lot to love about the Acer Nitro 5. You’ll easily hit 60 FPS in popular esports games, like DotA 2, Rocket League, and Fortnite, and if you tweak the settings, there’s no reason you can’t enjoy the latest crop of AAA games at perfectly playable frame rates too.

It’s a little on the heavy side, and gaming indoors in a darkened room will help ward off the weak contrast ratio of the display, but for a 1080p gaming laptop with more than enough power to play most games without adjusting the resolution, this laptop offers fantastic value for money.

Chromebooks are typically more affordable laptops than most, but the Acer Chromebook 314 is exceedingly so. At its discounted price that sits just a hair north of $200, it offers all the basic bells and whistles you could ask for in a laptop, and as long as you can make do with the limitations of Chrome OS, it’s a fantastic budget laptop option.

Despite the comparatively weak hardware under the hood, Chrome OS makes full use of it to deliver impressively responsive performance, whether you’re browsing the web, streaming Netflix or running one of the many compatible Android applications. The battery life is solid too, with the claimed 12+ hours more than accurate for a day of general use.

The port selection is reasonable, with two USB-A and two USB-C ports, as well as an SD card reader and headphone jack. The 32GB of onboard storage isn’t much, but you get 100GB of free Google Drive cloud storage space for a year after purchasing and you can always use an external drive for more immediately accessible space.

One of the better features of this laptop is that it doesn’t look as much of a budget offering as its price tag suggests. It has a gorgeous paint job and a surprisingly sturdy design which means it won’t stand out from the pack of more traditional clamshell laptops.

Computers under $500 aren’t always amazing, but they can be. The Asus VivoBook 14 is made up of some of the best hardware from a couple of years ago, and adds a unique styling flair that makes it a standout among other affordable laptops at its price point.

The AMD Ryzen 5 3500U isn’t a powerhouse of a CPU in 2021, but its four cores and eight threads are plenty capable for most general use, and when paired with the onboard Vega graphics, it has enough oomph for some very basic level gaming. Just don’t expect high frame rates or detail settings and you’ll be fine.

It comes with half a terabyte of SSD space, which isn’t huge, but it’s enough for a few games and provides enough headroom to offload your phone’s camera when you want to backup your photos to somewhere more permanent. It still delivers snappy performance though, so you’ll find the VivoBook boots up fast and stays responsive even when you’re pushing the machine hard.

Build quality is what you would expect for a laptop at this price, with the plastic shell giving some flex and bend under pressure. But it has a clean paint job finish, so it looks more of a premium laptop than its price tag might suggest. 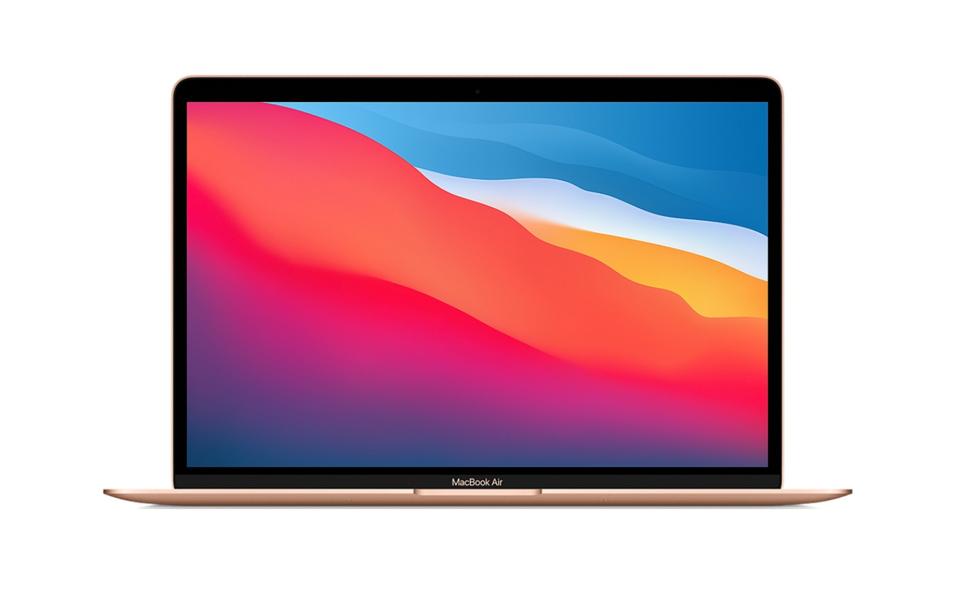 The debut of Apple’s M1 CPU was a seminal moment in the MacBook market. It meant a huge leap in single threaded and multi-threaded laptop performance and a huge extension of battery life over more traditional Intel CPUs. The only downside to those new laptops is that as a cutting edge design, they’re far from cheap.

Fortunately, there is a way to help save a few dollars and still get your hands on an M1 MacBook: buying a refurbished model. This MacBook Air M1 is part of Apple’s Certified Refurbished program, so you can feel secure that this laptop is like-new and comes backed with a one year warranty—you can even take advantage of financing to help spread the cost, which you’re unlikely to find on most second hand sites.

There aren’t huge saving to be had here and the price isn’t exactly “affordable” for many, but getting an M1 MacBook at under $850 is still a great deal, because even the MacBook Air has the same kind of performance you would typically expect from a high-end MacBook Pro. You will need to run some apps using emulation, since the M1 CPU isn’t yet natively supported by many applications—potentially leading to less than ideal performance in some cases—but that’ll change in time. For the most part, this laptop should be exceedingly fast with exceptional battery life that exceeds the double digit mark by several hours. Thanks to this refurb deal, it’s far more of an affordable MacBook too.