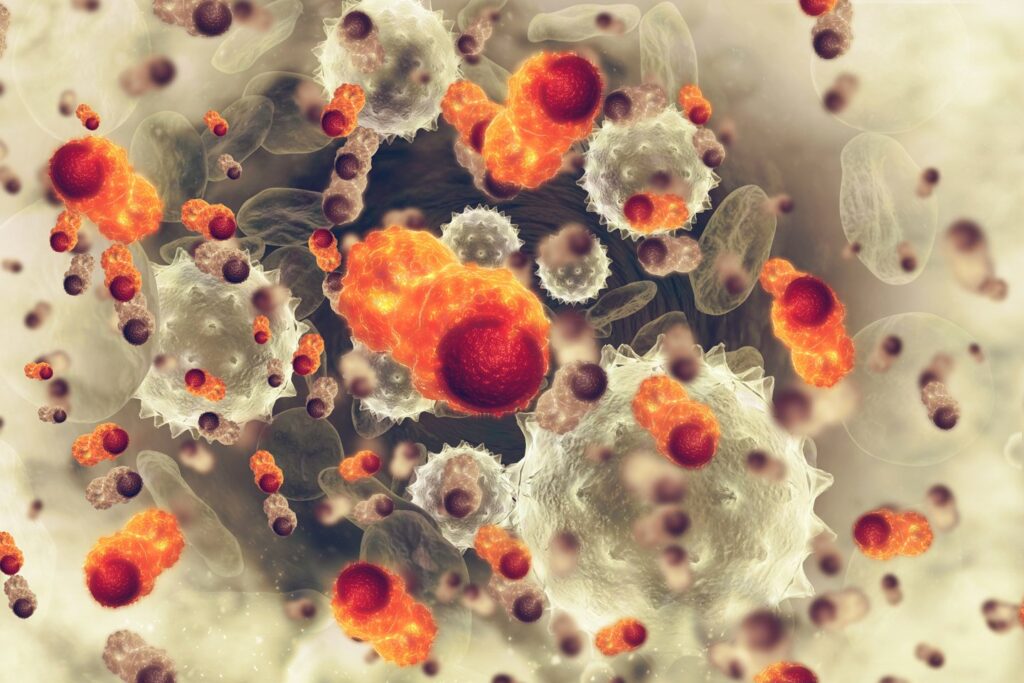 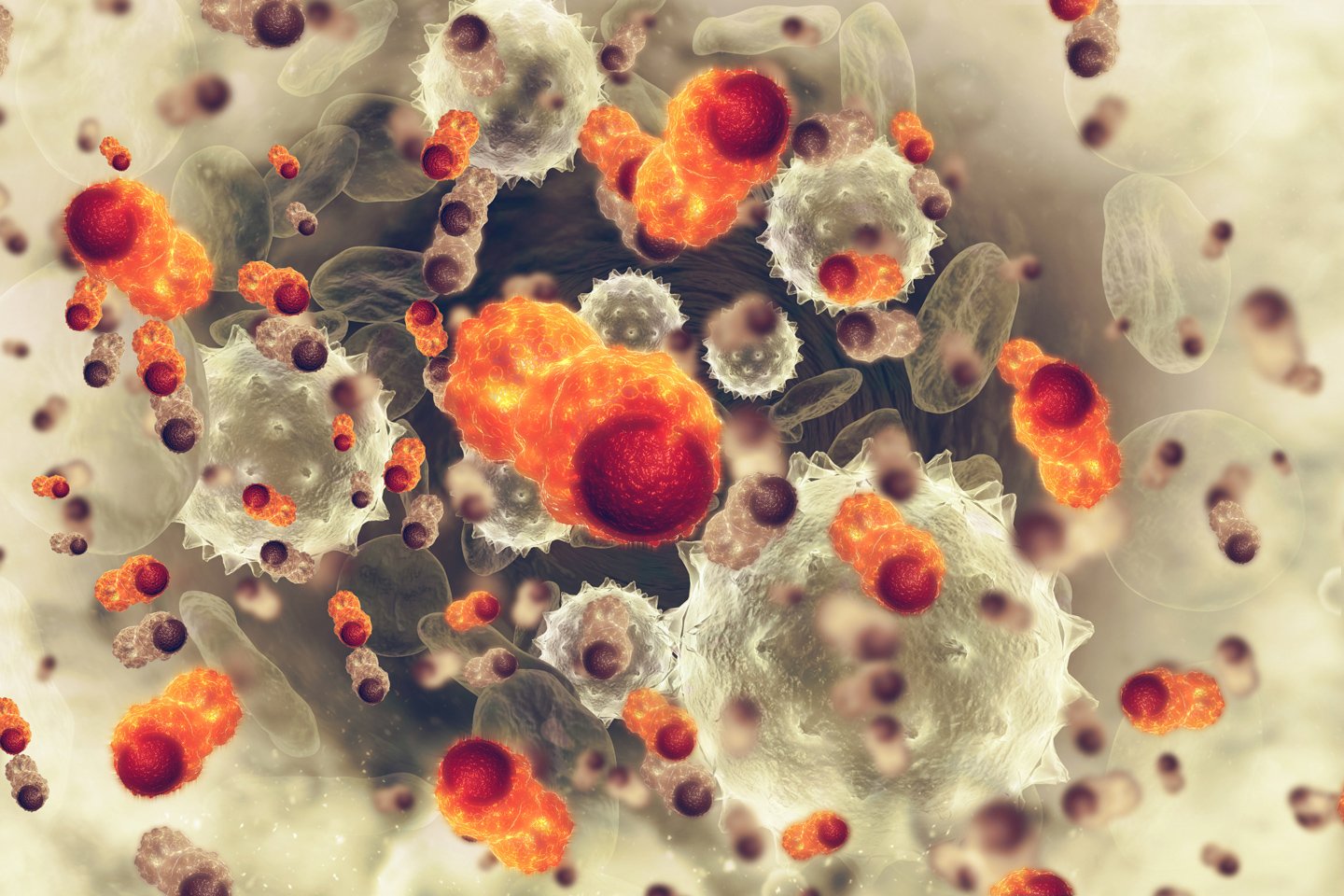 It’s worth noting, in light of recently published research, that a majority of people won’t be diagnosed with cancer in their lifetimes. According to the National Cancer Institute, about 40% of people will, which means 60% won’t.

These percentages are worth remembering because research conducted by University of Colorado Cancer Center Deputy Director James DeGregori, PhD, a professor of biochemistry and molecular genetics, and Edward J. Evans, PhD, a postdoctoral fellow in the Department of Biochemistry and Molecular Genetics, found that most cancer-free individuals over age 60 carry at least 100 billion cells harboring at least one oncogenic, or tumor-causing, mutation.

The research, published in Aging and Cancer, involved a vmeta-analysis of previously published sequencing data on normal tissues, which DeGregori and Evans used to categorize somatic mutations, or mutations that occur after egg fertilization, based on their presence in cancer and showcase the quantity of cells with cancer-associated mutations in cancer-free individuals.

“When you have trillions of cells and they’re being maintained for up to a century, they’re going to accumulate mutations,” DeGregori explains. “The fact that we get mutations is not surprising, just based on known mutation rates. One thing this research points to is that we need to start looking at these mutations, and how or whether they cause cancer, from a different light.”

“To understand the genesis of cancer, we need to look at normal tissue,” Evans says. “By the time it’s developed into cancer, all the mutations are there and we don’t always know which ones are contributing to the actual genesis of cancer.

“We had the idea that a lot of the mutations in people would be oncogenic or associated with cancer, but we just didn’t know how many. We figured that it would increase as people get older, but we didn’t necessarily know which genes would be prevalent and we didn’t know the magnitude of how many cells could actually have these oncogenic mutations.”

After reviewing existing literature, Evans collected datasets from researchers who previously had conducted research on mutations in normal tissue. He taught himself to code in the programming language Python so that he could pull appropriate data and create data frames to categorize mutations by the genes, tissue, and age of individuals in which they were occurring, among other factors.

“We have about three trillion nucleated cells in our bodies, so to put it in perspective, 100 billion cells with oncogenic mutations isn’t a majority of our total number of cells,” Evans says. “But that’s a surprisingly high number considering that it only takes one cell to cause cancer. If there are billions of cells with these mutations but no indication of cancer, what does that mean? What does it mean to have these oncogenic mutations in the body?”

One of the interesting facets of the research findings, DeGregori says, has been learning that oncogenic mutations can be extremely prevalent in certain types of tissue, including skin, colon, and esophagus.

“Some tissues can be absolutely dominated by these mutations,” DeGregori says. “But if you look at the esophagus, for example, half of it is loaded with NOTCH1 mutations, which rarely contribute to cancer in non-smokers. So, to test for this mutation isn’t really useful if most of us have it and it rarely leads to cancer.

“If we’re simply looking for oncogenic mutations, we’re always going to find them and they may not tell us much about cancer risk. How those oncogenic mutations are interfacing with the tissue environment will tell us so much more about risk.”

“Before we began this research, I had no idea that almost 90% of colon cells become occupied with cancer-causing mutations,” DeGregori said. “That the number was so high was quite surprising, but a relatively low percentage of us will get colon cancer. So, it’s going to be important to study this difference between tissue types. Why is it that epithelial tissue in the skin, for example, becomes dominated by oncogenic variants, but lung tissue actually keeps a fairly low level?”

Evans says future research could continue studying which oncogenic mutations are most likely to contribute to cancer and help to hone genetic screening tools to test for the most cancer-causing mutations.

“The vast majority of mutations don’t do anything, they don’t cause any problems, and many aren’t even in coding sequences,” DeGregori explains. “Every cell in our bodies has dozens and dozens of mutations, if not hundreds or thousands, so we have an opportunity to begin asking whether these patterns of mutations that we see can dictate whether someone is at high risk of cancer.”