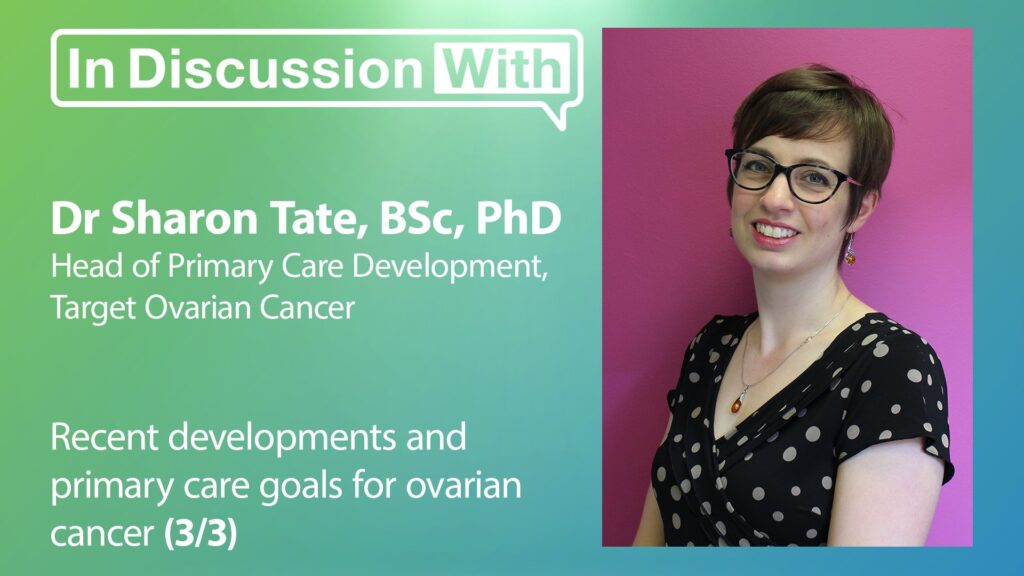 A national clinical audit and the approval of niraparib are two important, recent developments for ovarian cancer.

Government funding for a national ovarian cancer audit (in England) was announced last year. Clinical audits are already performed for other cancers. They are designed to map care pathways, surgery and survival, and address regional variation – information that can be used to drive improvements in clinical practice.  Dr Tate says, “This has come about as a result of a significant piece of work Target Ovarian Cancer has led on and done in collaboration with some other charities and national bodies – which was to carry out a pilot audit.” The aim of the pilot was to provide an evidence base – to find out more about ovarian cancer and the diverse approaches to management and outcomes across England.  The results demonstrated the need for such an audit. “We are really pleased to say that, as a result of the investment in that work we have been able to [provide] evidence that an audit is necessary and now we have secured this government funding for it“, she says.

Niraparib is a poly-ADP ribose polymerase (PARP) inhibitor – one of a new generation of cancer treatments that is used for maintenance treatment. “What that means is the patient receives this drug once their chemotherapy has completed and the idea is that that drug will prolong the time [to] cancer occurrence and therefore the time between chemotherapy treatments for recurrence, which gives the potential for ….  better quality of life because people can move on with their lives”, says Dr Tate. From a treatment perspective, it probably also increases the number of times that chemotherapy can be used to treat the same patient, she adds.

Frontline healthcare practitioners (GPs, nurses and pharmacists) should make sure that their knowledge is absolutely up-to-date. As part of this “they should ensure that they’re not carrying with them any outdated teachings that they may have received during their training”, emphasises Dr Tate.  TOC has a dedicated page for GPs that has links to online e-learning modules, fact sheets and short booklets – all of which are designed to support GPs and primary care professionals to ensure that they are well-informed about current best practice. “We know ovarian cancer diagnosis is never straightforward – it’s extremely challenging – but the first step in supporting an early diagnosis is to get that baseline knowledge”, says Dr Tate. Another useful step could be to perform an audit of a previous case of ovarian cancer in the practice and reviewing the learning points that emerged. Looking at a case from both the practice and the patient perspectives can provide useful learning, Dr Tate suggests.