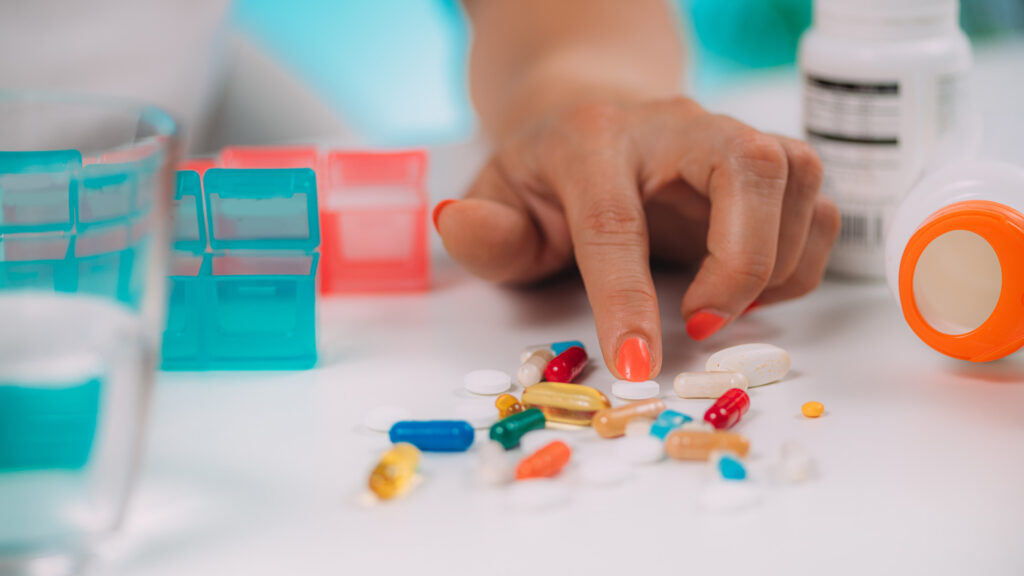 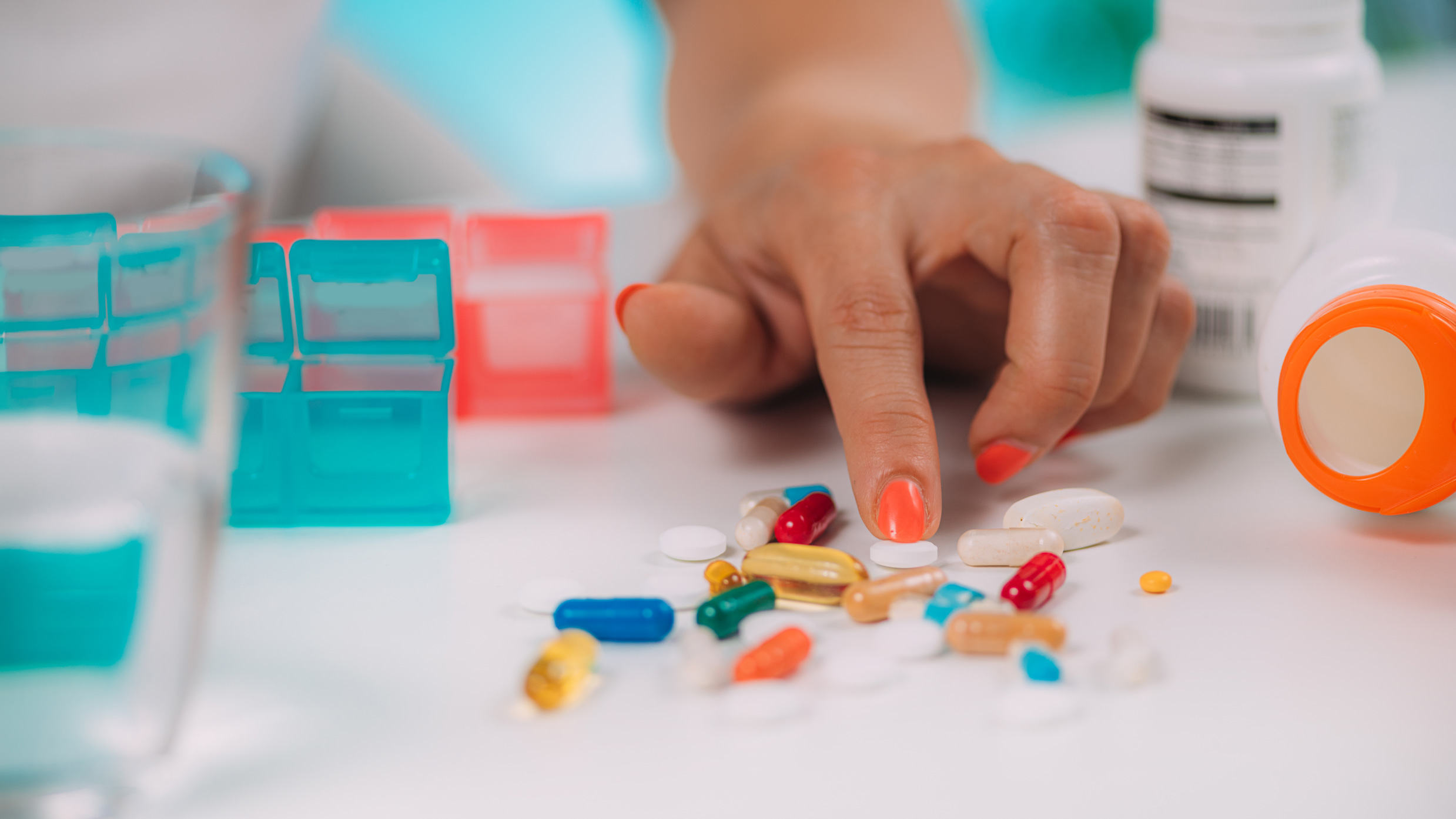 A three-drug medication known as a “polypill,” developed by the Spanish National Center for Cardiovascular Research (CNIC) and Ferrer, is effective in preventing secondary adverse cardiovascular events in people who have previously had a heart attack, reducing cardiovascular mortality by 33 percent in this patient population.  These are findings from the SECURE trial led by Valentin Fuster, MD, PhD, Director of Mount Sinai Heart and Physician-in-Chief of The Mount Sinai Hospital, and General Director of CNIC.

The study results were announced Friday, August 26, in a Hot Line session at the European Society of Cardiology Congress (ESC 2022) in Barcelona, Spain, and published in The New England Journal of Medicine.

“The results of the SECURE study show that for the first time that the polypill, which contains aspirin, ramipril, and atorvastatin, achieves clinically relevant reductions in the recurrent cardiovascular events among people who have recovered from a previous heart attack because of better adherence to this simplified approach with a simple polypill, rather than taking them separately as conventional,” says Dr. Fuster.

Patients recovering from a heart attack—also known as myocardial infarction—are prescribed specific treatments to prevent subsequent cardiovascular events. Standard therapy includes three different drugs: an antiplatelet agent (like aspirin); ramipril or a similar drug to control blood pressure; and a lipid-reducing drug, such as a statin. However, fewer than 50 percent of patients consistently adhere to their medication regimen.

“Although most patients initially adhere to treatment after an acute event such as an infarction, adherence drops off after the first few months. Our goal was to have an impact right from the start, and most of the patients in the study began taking a simple polypill in the first week after having a heart attack,” Dr. Fuster explains.

CNIC scientists first demonstrated that prescription of their polypill significantly improved treatment adherence among patients recovering after a myocardial infarction, in the FOCUS study, previously published in the Journal of the American College of Cardiology (JACC).

The CNIC team launched the SECURE study, an international randomized clinical trial, to determine whether the improved treatment adherence with the polypill translated into a reduction in cardiovascular events. The polypill analyzed in the study, commercialized under the name Trinomia, contains aspirin (100 mg), the angiotensin-converting enzyme inhibitor ramipril (2.5, 5, or 10 mg), and atorvastatin (20 or 40 mg).

“The polypill, being a very simple strategy that combines three essential treatments for this type of patient, has proved its worth because the improved adherence means that these patients are receiving better treatment and therefore have a lower risk of recurrent cardiovascular events,” added Dr. Castellano.

SECURE included 2,499 patients from seven European countries (Spain, Italy, Germany, the Czech Republic, France, Poland, and Hungary) recovering after a heart attack. Study participants were randomly assigned to receive standard therapy or the CNIC polypill. The average age of the participants was 76 years, and 31 percent were women. The study population included 77.9 percent with hypertension, 57.4 percent with diabetes, and 51.3 percent with a history of smoking tobacco.

Researchers analyzed the incidence of four major cardiovascular events: death from cardiovascular causes, non-fatal myocardial infarction, non-fatal stroke, and need for emergency coronary revascularization (the restoration of blood flow through a blocked coronary artery). The study followed patients for an average of three years and produced conclusive results: patients taking the CNIC polypills had a 24 percent lower risk of these four events than patients taking the three separate drugs.

The standout finding of the study is the effect of the polypill on the key outcome of cardiovascular-related death, which showed a relative reduction of 33 percent, from 71 patients in the group receiving standard treatment to just 48 in the polypill group. Importantly, the study found that patients in the polypill group had a higher level of treatment adherence than those in the control group, thus confirming the findings of the earlier FOCUS study, and in part such good adherence appears to explain the benefits of the simple polypill.

“The 33 percent reduction in cardiovascular mortality demonstrates the efficacy of treatment with Trinomia compared to standard treatment. These results ratify our purpose of making a positive impact in society and represent an important step in our mission to provide significant and differential value to people who suffer from serious health conditions,” explains Oscar Pérez, Chief Marketing, Market Access and Business Development Officer at Ferrer.

“The SECURE study findings suggest that the polypill could become an integral element of strategies to prevent recurrent cardiovascular events in patients who have had a heart attack. By simplifying treatment and improving adherence, this approach has the potential to reduce the risk of recurrent cardiovascular disease and death on a global scale,” adds Dr. Fuster.

Mount Sinai Heart is among the top 6 in the nation for cardiology and cardiac surgery according U.S. News & World Report.  Newsweek’s “The World’s Best Specialized Hospitals” ranks Mount Sinai Heart as No. 1 in New York and No. 4 globally.

It is part of Mount Sinai Health System, which is New York City’s largest academic medical system, encompassing eight hospitals, a leading medical school, and a vast network of ambulatory practices throughout the greater New York region. We advance medicine and health through unrivaled education and translational research and discovery to deliver care that is the safest, highest-quality, most accessible and equitable, and the best value of any health system in the nation. The Health System includes approximately 7,300 primary and specialty care physicians; 13 free-standing joint-venture centers; more than 410 ambulatory practices throughout the five boroughs of New York City, Westchester, and Long Island; and more than 30 affiliated community health centers. The Mount Sinai Hospital is ranked in U.S. News & World Report’s “Honor Roll” of the top 20 U.S. hospitals and among the top in the nation by specialty: No. 1 in Geriatrics and top 20 in Cardiology/Heart Surgery, Diabetes/Endocrinology, Gastroenterology/GI Surgery, Neurology/Neurosurgery, Orthopedics, Pulmonology/Lung Surgery, Urology, and Rehabilitation.