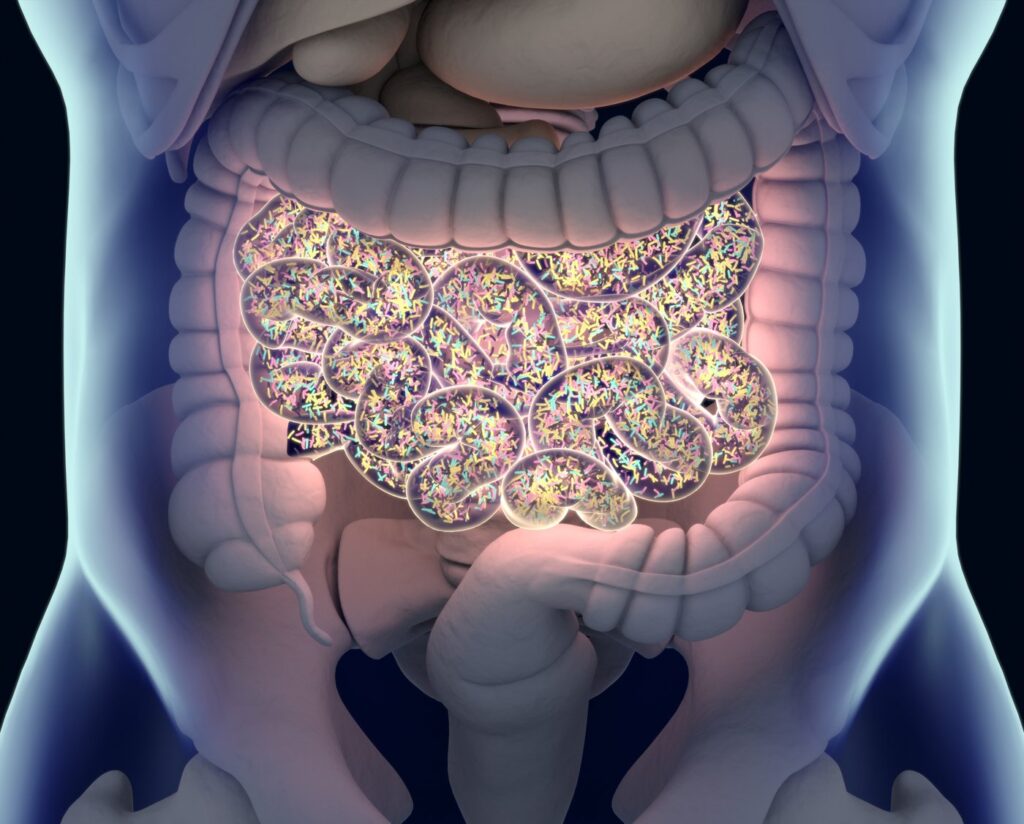 Our gut microbiome — the ever-changing “rainforest” of bacteria living in our intestines — is primarily affected by our lifestyle, including what we eat or the medications we take, most studies show.

But a University of Notre Dame study has found a much greater genetic component at play than was once known.

In the study, published recently in Science, researchers discovered that most bacteria in the gut microbiome are heritable after looking at more than 16,000 gut microbiome profiles collected over 14 years from a long-studied population of baboons in Kenya’s Amboseli National Park. However, this heritability changes over time, across seasons and with age. The team also found that several of the microbiome traits heritable in baboons are also heritable in humans.

“The environment plays a bigger role in shaping the microbiome than your genes, but what this study does is move us away from the idea that genes play very little role in the microbiome to the idea that genes play a pervasive, if small, role,” said Elizabeth Archie, professor in the Department of Biological Sciences and a principal investigator on the study who is also affiliated with the Eck Institute for Global Health and the Environmental Change Initiative.

The gut microbiome performs several jobs. In addition to helping with food digestion, it creates essential vitamins and assists with training the immune system. This new research is the first to show a definitive connection with heritability.

Previous studies on the gut microbiome in humans showed only 5 to 13 percent of microbes were heritable, but Archie and the research team hypothesized the low number resulted from a “snapshot” approach to studying the gut microbiome: All prior studies only measured microbiomes at one point in time.

In their study, the researchers used fecal samples from 585 wild Amboseli baboons, typically with more than 20 samples per animal. Microbiome profiles from the samples showed variations in the baboons’ diets between wet and dry seasons. Collected samples included detailed information about the host, including known descendants, data on environmental conditions, social behavior, demography and group-level diet at the time of collection.

The research team found that 97 percent of microbiome traits, including overall diversity and the abundance of individual microbes, were significantly heritable. However, the percentage of heritability appears much lower — down to only 5 percent — when samples are tested from only a single point in time, as is done in humans. This emphasizes the significance of studying samples from the same host over time.

“This really suggests that in human work, part of the reason researchers haven’t found that heritability is because in humans they don’t have a decade and half of fecal samples in the freezer, and they don’t have all the initial host (individual) information they need to tease these details out,” said Archie.

The team did find evidence that environmental factors influence trait heritability in the gut microbiome. Microbiome heritability was typically 48 percent higher in the dry season than in the wet, which may be explained by the baboons’ more diverse diet during the rainy season. Heritability also increased with age, according to the study.

Because the research also showed the significant impact of environment on the gut microbiomes in baboons, their findings agreed with previous studies showing that environmental effects on the variation in the gut microbiome play a larger role than additive genetic effects. Combined with their discovery of the genetic component, the team plans to refine its understanding of the environmental factors involved.

But knowing that genes in the gut microbiome are heritable opens the door to identifying microbes in the future that are shaped by genetics. In the future, therapies could be tailored for people based on the genetic makeup of their gut microbiome.

The Amboseli Baboon Project, started in 1971, is one of the longest-running studies of wild primates in the world. Focused on the savannah baboon, the project is located in the Amboseli ecosystem of East Africa, north of Mount Kilimanjaro. Research teams have tracked hundreds of baboons in several social groups over the course of their entire lives. Researchers currently monitor around 300 animals, but have accumulated life history information on more than 1,500 animals.

The research was funded by the National Science Foundation.