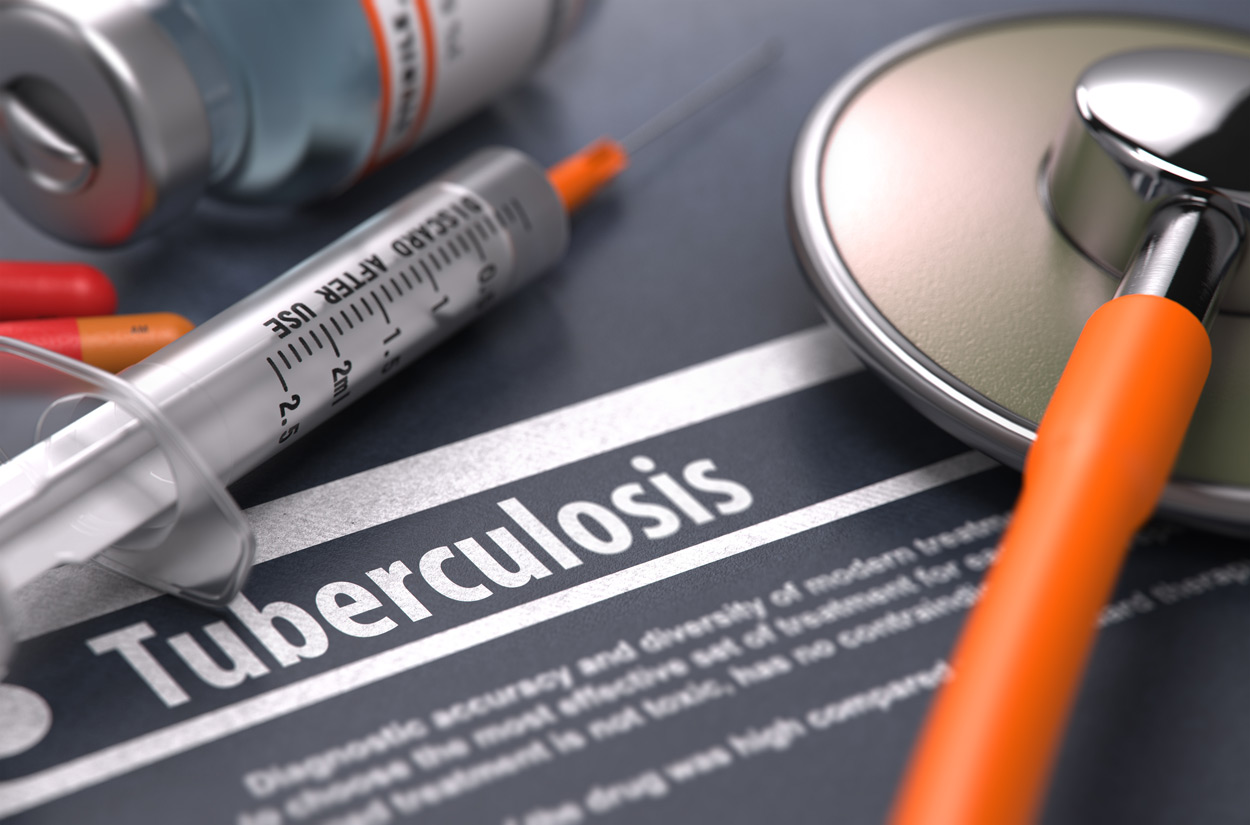 Tuberculosis can be tough to detect. Diagnosis usually requires coughing up a sputum sample from the lungs, which can be unpleasant, impractical, and even hazardous. But in a promising new study, a multinational team of researchers may have found another way to identify the bacterial disease.

Having patients spit into a cup, then loading saliva into a commercially available testing cartridge can detect the bacteria that causes TB, they found—even though the cartridge is designed to use sputum.

If additional studies confirm the cartridges can reliably use saliva, the novel process could simplify widespread tuberculosis screening, especially in clinics with limited resources. That could enhance efforts to find and treat people with TB and help control global spread of the deadly infection.

“What we wanted to do in this study was to try to improve on the standard diagnostic technologies,” said senior author Dr. J. Lucian “Luke” Davis, MD, who is an associate professor of epidemiology (microbial diseases) at the Yale School of Public Health and of medicine (pulmonary) at the Yale School of Medicine

The World Health Organization (WHO) has identified a need to test for TB by other means than sputum, he explained. To be useful, any such test would need to pick up at least 90% of infected people.

“We were able to meet that threshold in this project,” Davis said. The study provides an important proof of concept that the approach can work in routine clinical settings, and not just in specialized laboratories, he said.

Another window on tuberculosis

With a sputum sample, the test is nearly as sensitive as gold-standard culture techniques. How it might perform with saliva, though, had not been previously investigated.

The research team recruited clinic patients who were already known to have tuberculosis. Per routine, each participant first coughed up a sputum sample, with which the researchers confirmed infection by both culturing it and cartridge testing.

Then, each provided saliva, which the team loaded into another Xpert Ultra cartridge.

The results were encouraging. Among 78 people with culture-confirmed TB, the cartridges picked up 70 cases using saliva, which works out to 90% sensitivity.

The study was intentionally small, intended to get an idea of whether the method works. The researchers have not yet tried testing children’s saliva, nor that of people with non-productive cough—both groups that could benefit from saliva testing.

What easier testing could mean

In 2020 alone, tuberculosis killed 1.5 million people worldwide, surpassed in lethality only by COVID-19. Both diseases spread readily through the air. The United Nations aims to end the TB epidemic by 2030. But with 10 million people newly infected just in 2020, meeting that goal will require aggressive efforts at early detection.

For many years, TB detection has required a sputum sample. In fact, Davis said, tuberculosis researchers and clinicians have long been taught not to accept samples that look like saliva. That’s because saliva might not contain enough bacteria to show up under the microscope or grow in culture.

Even with a good sputum sample, though, traditional diagnostic techniques can miss a lot of cases. And there are other downsides to sputum. Coughing it up risks infecting people nearby, including medical providers. And some people can’t produce sputum on demand, while others feel stigmatized by the request, Davis explained.

But times are changing. Molecular diagnostic techniques are widely available. After endorsement by the WHO in 2010, the Xpert Ultra has sold millions of cartridges in 130 countries at about $10 each. Cepheid receives an additional $10 subsidy from the global health initiative UNITAID on every cartridge sold, meaning that Cepheid receives around $20 per unit, Davis said.

The test was a “game-changer,” Davis said, proving both faster and more sensitive than microscope-based TB diagnostics.

Evidence that the test might also work with saliva is welcome.

“Some people find it a little bit uncomfortable [to produce sputum], especially around [other] people,” said lead author Patrick Byanyima, an international scientist in training at Makerere University and a member of the Infectious Diseases Research Collaboration in Kampala, Uganda, both longtime collaborators with the Yale School of Public Health.

Participants were much more receptive when asked for a saliva sample.

“In many cases, the patients will not need to really move far away from the rest while they’re giving the specimen,” he said. “That was the beauty [of] saliva.”

Previous research has explored the use of saliva in TB diagnosis. But the current study is the largest of its kind, and the first to use a widely available testing device.

Having demonstrated saliva testing is feasible, the researchers plan next to test larger groups, such as members of patients’ households. They also aim to see if procedural tweaks, like asking people not to eat or brush their teeth before providing a sample, might improve test performance.

The study appears online in Microbiology Spectrum. The research was funded by the National Institutes of Health.