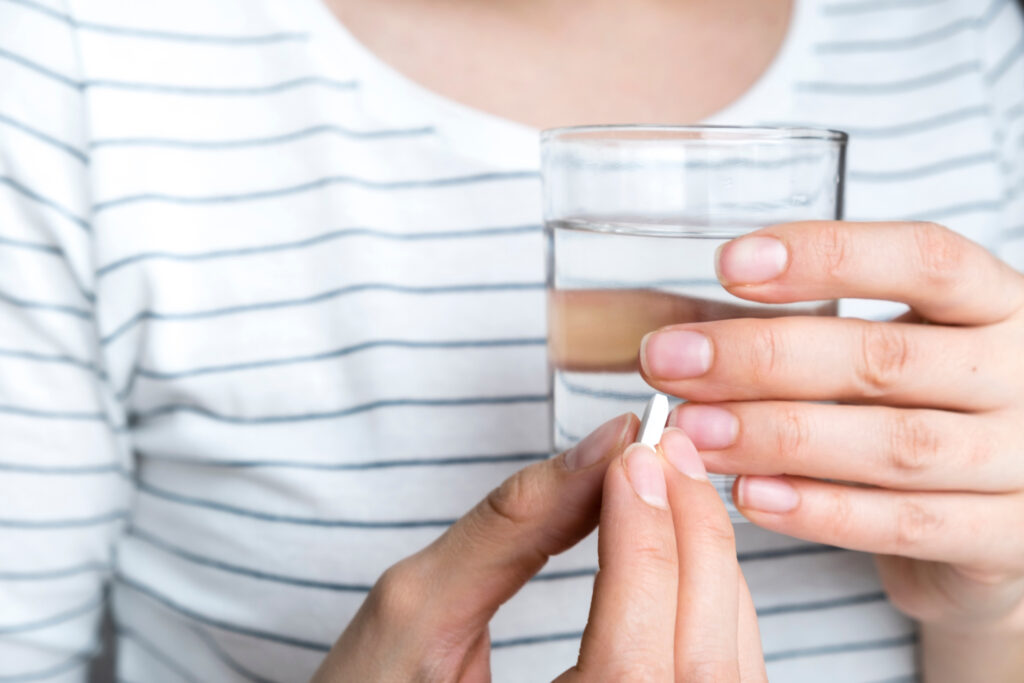 New gels could help the medicine go down 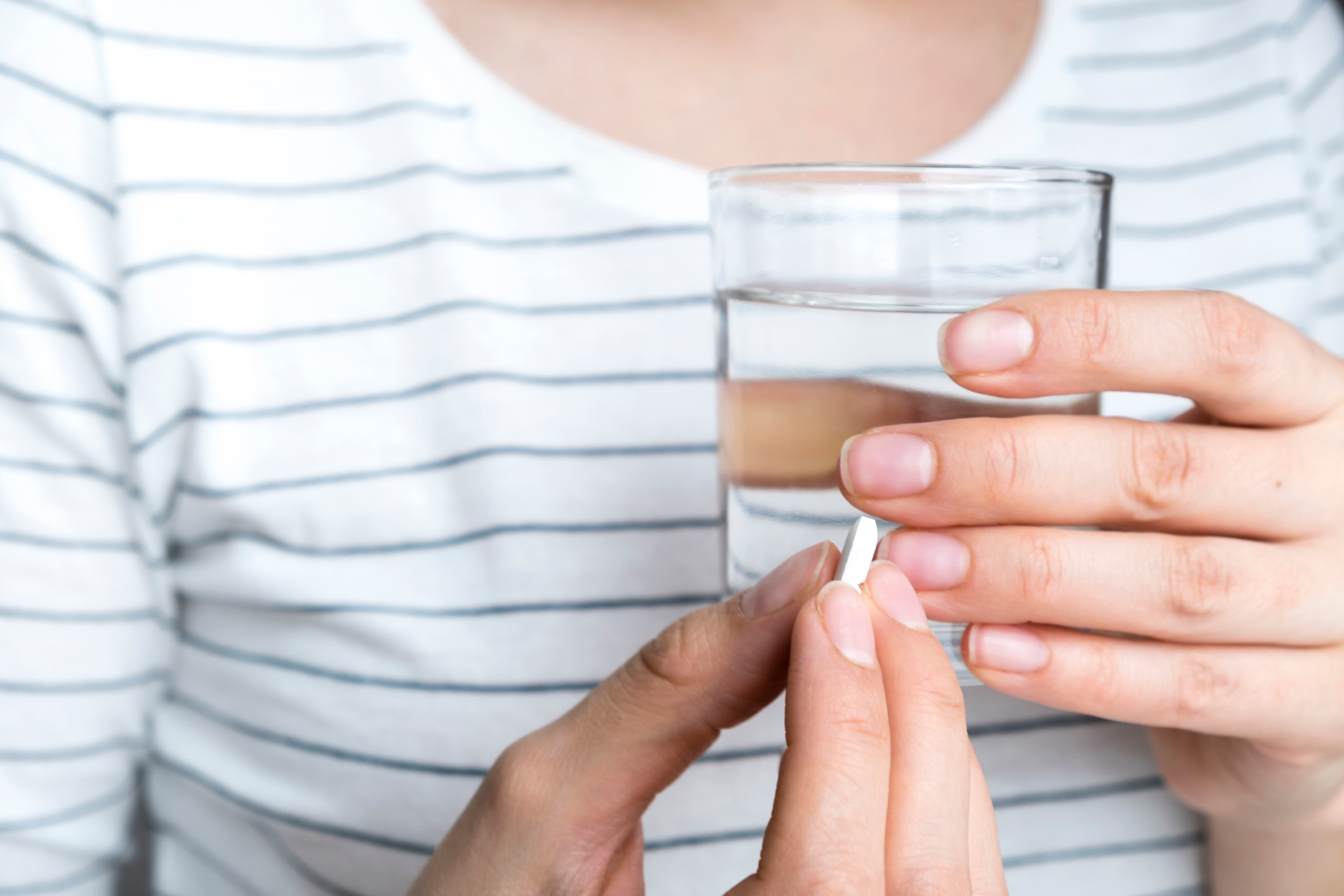 For most children and even some adults, swallowing pills or tablets is difficult. To make it easier to give those medicines, researchers at MIT and Brigham and Women’s Hospital have created a drug-delivering gel that is much easier to swallow and could be used to administer a variety of different kinds of drugs.

The gels, made from plant-based oils such as sesame oil, can be prepared with a variety of textures, from a thickened beverage to a yogurt-like substance. The gels are stable without refrigeration, which could make them easier to get to children in developing nations, but they could also be beneficial for children anywhere, the researchers say. They could also help adults who have difficulty swallowing pills, such as older people or people who have suffered a stroke.

“This platform will change our capacity for what we can do for kids, and also for adults who have difficulty receiving medication. Given the simplicity of the system and its low cost, it could have a tremendous impact on making it easier for patients to take medications,” says Giovanni Traverso, the Karl van Tassel Career Development Assistant Professor of Mechanical Engineering at MIT, a gastroenterologist at Brigham and Women’s Hospital, and the senior author of the study.

Traverso and his colleagues showed that they could use the gels to deliver several types of medications for the treatment of infectious disease, in the same doses that can be delivered by pills or tablets, in animal studies. The research team is now planning a clinical trial that is expected to begin within a few months.

Nearly 10 years ago, while working on other kinds of ingestible drug-delivery systems, the research team started to think about new ways to make it easier for children to take medications that are normally given as pills. There are existing strategies that can help with this, but none is a perfect solution. Some antibiotics and other drugs can be suspended in water, but that requires clean water to be available, and the drugs need to be refrigerated after being mixed. Also, this strategy doesn’t work for drugs that are not soluble in water.

With drugs that are only available as pills, health care providers may try to dissolve them in water for children to drink, but that also requires a clean water supply, and the dosages may be difficult to get right if the pills are meant for adults.

To try to address those issues, the researchers set out to develop a new drug-delivery system that would be inexpensive, palatable, stable at extreme temperatures, and compatible with many different drugs. They also wanted to make sure that drugs would not need to be mixed with water before dosing, and that the system could be delivered either orally or as a suppository.

Because they wanted their formulation to work with drugs that can’t be dissolved in water, the researchers decided to focus on oil-based gels. Such gels, also known as oleogels, are commonly used in the food industry to change the texture of oily foods, and also to raise the melting point of chocolate and ice cream.

“That approach gave us the capacity to deliver very hydrophobic drugs that cannot be delivered through water-based systems,” Kirtane says. “It also allowed us to make these formulations with a really wide range of textures.”

The researchers explored several types of plant-derived oils, including sesame oil, cottonseed oil, and flaxseed oil. They combined the oils with edible gelling agents such as beeswax and rice bran wax, and found that they could achieve different textures depending on the concentration and type of oil and gelling agent. Some gels end up with a texture similar to that of a thick beverage, like a protein shake, while others are more like yogurt or pudding.

To identify the gels that were the most palatable, the researchers worked with Sensory Spectrum, a consulting firm that specializes in consumer sensory experiences. Working with the company’s panels of professionally trained tasters, the researchers found that the most appealing gels included those made from oils that had a neutral flavor (such as cottonseed oil) or a slightly nutty flavor (like sesame oil).

“Based on that list, infectious diseases really stood out in terms of what a country needs to protect its children,” Kirtane says. “A lot of the work that we did in this study was focused on infectious disease medications, but from a formulation standpoint, it doesn’t matter what drug we put into these systems.”

For each of those drugs, the researchers found that oleogels were able to deliver doses equal to or higher than the amounts that can be absorbed from tablets, in tests in animals. The researchers also showed that a water-soluble drug, an antibiotic called moxifloxacin hydrochloride, could be successfully delivered by an oleogel.

To make it possible to use these formulations in areas that may not have refrigeration available, the researchers designed them so that they can be stable at 40 degrees Celsius (104 degrees Fahrenheit) for several weeks, and even up to 60 C (140 F) for one week. Such high temperatures are uncommon but could be reached when drugs are being transported by trucks without refrigeration.

The researchers have obtained FDA approval to run a phase I clinical trial of their olegel formulation of azithromycin, which they hope to start running at the Brigham and Women’s Hospital Center for Clinical Investigation within the next few months.

To store and deliver the drugs, the researchers also designed a dispenser similar to a squeezable yogurt package, with compartments that can be used to separate doses. This could make it easier to deliver the right dosage for each child, depending on their weight.

The research was funded by the Bill and Melinda Gates Foundation, a PhRMA Foundational postdoctoral fellowship, a Fulbright scholarship, and the Koch Institute Support (core) Grant from the National Cancer Institute.