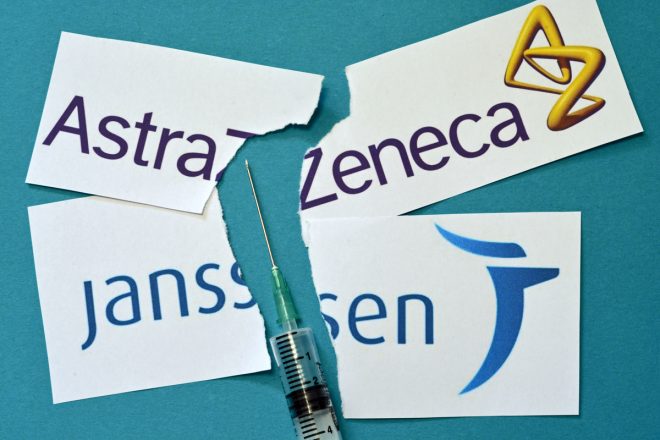 Hypothesis for rare side effect linked to AstraZeneca vaccine

A hypothesis has been put forward as to why COVID-19 Vaccine AstraZeneca (ChAdOx1 nCov-19) seems to trigger an abnormal and potentially life-threatening combination of blood clotting and low platelet counts.Two research teams, each studying separate groups of patients came to similar conclusions. They both suggest the development of serious blood clots alongside falling levels of platelets — the sticky cells that promote clotting — resembles a well-known autoimmune condition that is sometimes triggered in people taking the blood thinner heparin. The EMA described this hypothesis as “plausible.”

Andreas Greinacher and Thomas Thiele of the University of Griefswald in Germany, studied 11 patients in Germany and Austria who had clotting and low platelets between five to 16 days after vaccination. In nine, the clotting occurred in the veins that drain blood from the brain, and five had evidence of “disseminated” clotting throughout their body’s veins. Six later died. All 11, as well as another 17 other patients for whom the researchers had blood samples, tested positive for antibodies against a type of protein cluster that contains what is known as platelet factor 4, or PF4. These antibodies are also observed in people who develop heparin-induced thrombocytopenia following treatment with the anticoagulant.None of the patients had received heparin as a medication before vaccination.

Researchers in Norway who, studied five healthcare workers between 32 and 54 years old, observed a similar pattern. All workers had high levels of antibodies against PF4 protein complexes, but none had previously received heparin. Three died, including one 42 year old woman, who checked into the emergency room after having headaches post-vaccination. Physicians found clots and a brain hemorrhage, and she ultimately died after two weeks in intensive care.

Noting the “shared pathophysiological basis” of the five patients’ conditions, the group wrote that their findings “strengthen the view that vaccination may have triggered the syndrome.” In both reports, researchers suggest possible responses, including treatment with intravenous immune globulin and non-heparin blood thinners as well as testing for PF4 antibodies.