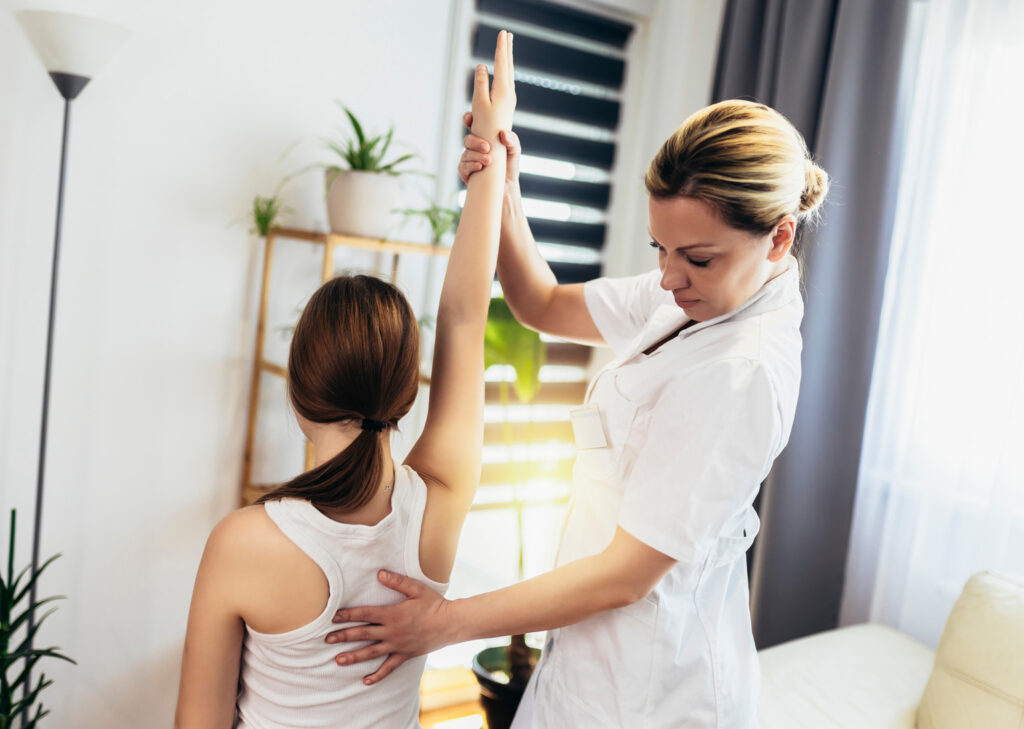 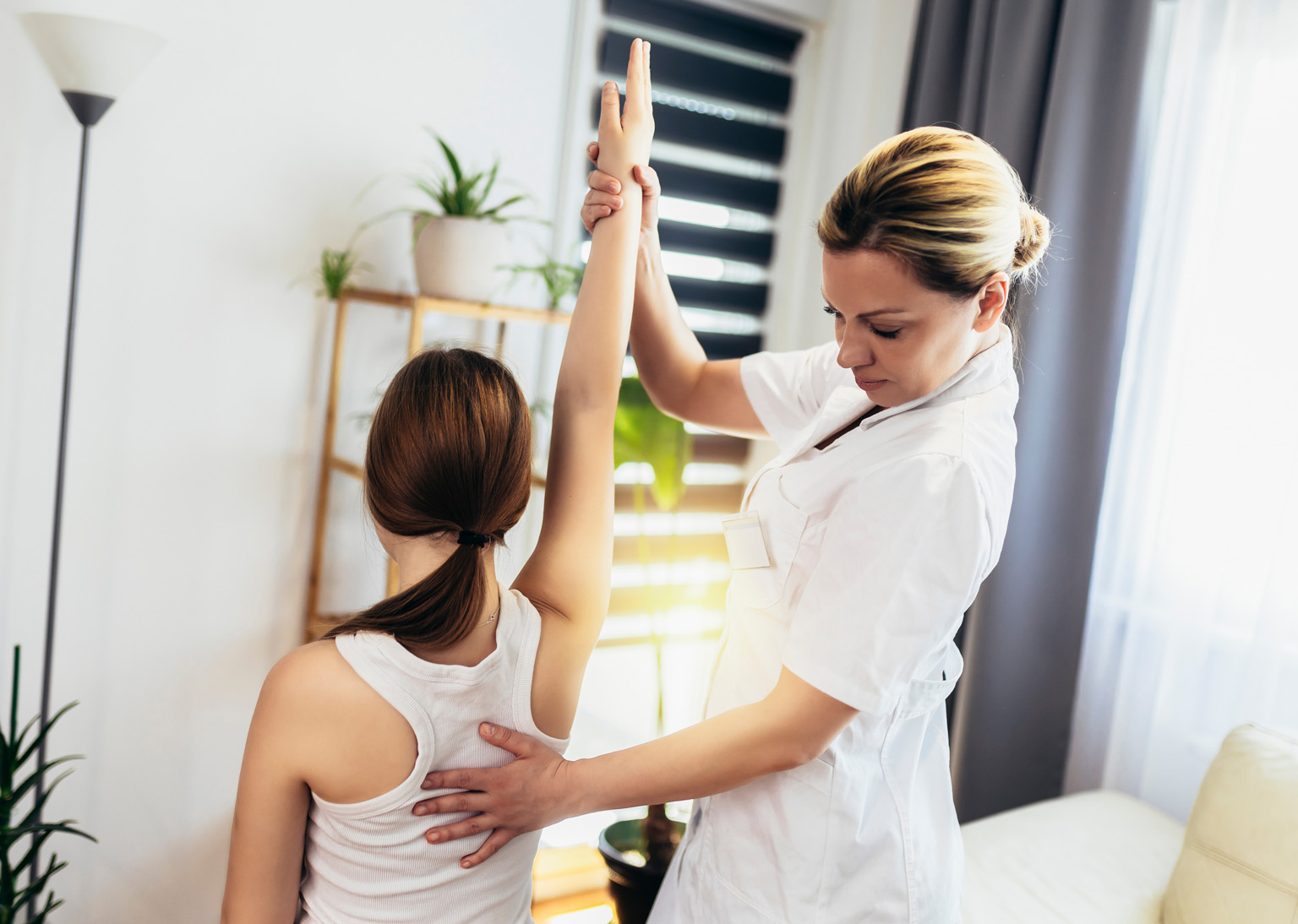 Digital health systems can tell clinicians when someone’s heart-disease risk calls for a drug to lower cholesterol or whether insulin shots are warranted for a person with type 2 diabetes.

But for millions of low-back pain sufferers, care decisions rely heavily on subjective measures of patient discomfort – often leading to expensive tests and treatments (back pain is the third-highest U.S. health care expenditure, after diabetes and heart disease) that don’t necessarily offer a permanent solution.

Ohio State University engineering and medical researchers are developing a digital health system approach designed to enhance back-pain clinical decision-making. After completing a series of studies testing precise, objective measurements they’ve perfected in the lab, the team aims to apply the data-driven practices to the assessment and repair of back problems brought on by dysfunction in the spine.

In a recent study published in Clinical Biomechanics, researchers combined self-reported pain and disability measures with data from a wearable motion-sensing system to evaluate low-back function in lumbar fusion surgery patients. While post-operative pain relief and lower disability were self-reported within six weeks, the objective metrics didn’t detect actual functional improvement in the spine for at least six months after surgery.

These precise motion-based measures, and their inclusion in a burgeoning national database of patient spine-function scores and other medical data, could form the basis of more objective clinical decision-making for surgical patients, the researchers concluded.

“You simply can’t only ask people how they feel about their back,” said senior author William Marras, executive director of the Spine Research Institute at Ohio State.

“For back pain, people are asked to rate how they feel on a scale of 1 to 10. But since you don’t have pain receptors in the disc, what does that mean? Our technology tries to bring objective metrics to the problem and look at not only how people feel about their back pain, but also quantitatively measure how their motions are different and what that means in terms of biomechanics,” said Marras, a professor of integrated systems engineering with College of Medicine academic appointments in orthopaedics, neurosurgery and physical medicine and rehabilitation.

Marras’ lab has been studying daily living forces on the spine for decades, and developed the first wearable back sensor 30 years ago to assess how movements while performing a range of tasks in a variety of settings affect the back. More recently, his team has retrofitted these devices with commercially available chips – typically found in cell phones – that tell us where we are in space.

The system, called “Conity,” features a clinical lumbar motion monitor that’s equipped with chip sensors mounted on upper back and waist harnesses to capture a person’s three-dimensional “motion signature” during performance of a series of standardized movements. The combined technologies yield quantitative data on not only range of motion, but also movement velocity and acceleration – figures that Marras’ research has found are more informative to understanding spine function.

The 121 lumbar fusion surgery patients in the study were assessed once before and five times after surgery on forward and backward bending, side-to-side bending and spine rotation. To determine their functional performance score, their individual data was compared to a composite measure based on data collected from healthy controls. Participants also completed questionnaires assessing their pain, disability, fear-avoidance behaviors and quality of life at baseline and post-operative visits.

The first significant functional performance improvements based on motion-sensing data were not seen in these patients until six months after surgery, with function steadily progressing for the following 18 months. But patients were self-reporting significant improvements in pain, ability and fear avoidance as early as six weeks after surgery.

While pain relief is important, the researchers noted that objective functional assessments may be a better gauge of when it’s safe to return to normal activities after spinal fusion surgery.

“Our technology is able to look at, 1, whether or not you have a back impairment, and 2, what is its status? Is it getting better, is it getting worse, is it progressing, or is it off the scales?” Marras said. “When you’re doing damage to the back, and particularly the discs, you don’t know when the damage occurs because we have very few nerve receptors in the disc. You could be doing damage and people would never know.”

Marras’ use of the motion monitors in an earlier study piqued military interest in, and generated Department of Defense funding for, the technology so it could be used to assess spine function in aircrews – a group of service members known to experience low-back pain.

“In the world of low-back disorders, it’s all about not letting it go on for months or years until it gets really bad, because then it’s really hard to address,” Marras said. “Military leaders we talked to think this could get aircrews to the right solution and prevent problems down the line.

“That allowed us to beef up our databases, develop the technology a lot more and turn this into a digital health system platform that could help a lot of people across the military solve their problems. And that’s been a launching pad that opened up opportunities with the National Institutes of Health to do the same thing.”

Beyond information from patient questionnaires and motion-sensing data, the researchers are also incorporating medical imaging results and electronic medical record documentation into the database to provide highly individualized assessments and broaden the analytical power of the platform.

Marras is a co-principal investigator on Ohio State’s participation in an upcoming federally funded clinical trial to evaluate spine treatments, and is continuing to collect motion-sensor data on people with and without back pain independently of that trial. His team has also developed clinician software to expand motion-sensor testing availability across the country.

“We are building up a systematic computer platform that we could distribute anywhere around the country,” he said. “Our hope is that by collaborating with different universities, we’ll be able to build up a database large enough that we could use artificial intelligence and machine learning to cut through and figure out what is most important. We think we know, but a sophisticated analysis of tons and tons of data could help us find anything we might be missing.”